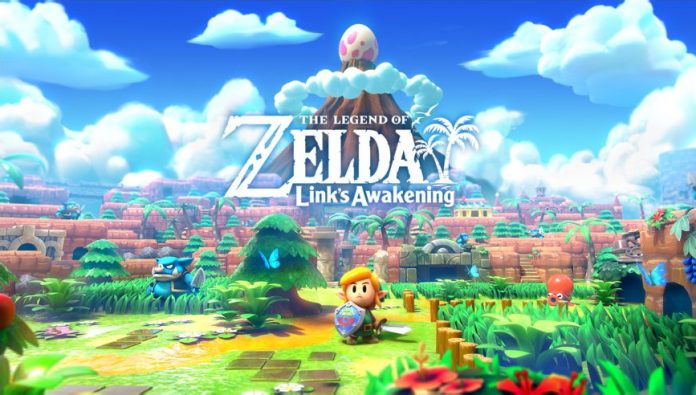 Over the past few years, Nintendo have been incredibly good at breathing life back into some of the older Zelda games. On the Wii U we got a remake of the Wind Waker and Twilight Princess and on the 3Ds we got Ocarina of Time and Majora’s Mask. The first and hopefully not the last of the remakes coming to the Switch is Link’s Awakening. A remake of the adventure originally released in 1993 for the Game Boy. So how does this remake stand up against the others?

With any HD remake, you will need to accept that there is going to be a certain amount of the game that is considered outdated. When we are talking about a game from 1993, you are almost sure to find gameplay elements that seem very clunky compared to how they are in today’s games. Quite surprisingly, there is not a whole lot you can complain about here.

Breath of the Wild was a whole new beast for the franchise. Since there has only been one game released like this, we can’t assume that this is going to be the standard for the franchise going forward. Most who are fans of the franchise, you won’t find the style of gameplay in Link’s awakening too foreign. It follows the same tried and trusted Zelda format.

You start by waking up on the beach of an island after a storm wrecked your boat. All your stuff is gone and you don’t know where you are. All you see is a giant egg on top of a mountain. As you explore around, you get a feel for the place and realise you are in a whole new world. This isn’t Hyrule anymore and you do not have ruby slippers to click together three times in order to get home.

Where you are is sort of a mystery, but if you are familiar with other Nintendo franchises, it won’t take you long before you figure out you have landed in the Mario universe..kinda.

The vast majority of enemies in this game seem to be from the Mario series. It seems like a bit of a strange decision to make considering there are countless cool and interesting characters in the Zelda universe already. Seeing Goombas roaming around hurts that magic Zelda factor. Link’s awakening feels like a Nintendo game, but not one from the Zelda franchise. If anything, it feels a bit like a knock off version. It’s the same thing, but it’s not quite right.

At first, it is a little disappointing. Encountering the Gorons, Zora and all of the other recognizable things are part of what makes each Zelda experience so enjoyable. After a while, you will start to feel a little more comfortable. It never feels like a Zelda game, but it does get very enjoyable.

Like most Zelda games, you start out with your sword and shield and must make your way through dungeons to progress. Dungeons will often provide you with a new weapon or gadget. Familiar items like the hookshot, boomerang, bombs and the trusty bow and arrow all make an appearance. As you obtain these items, new areas of the map will become accessible. Something we are all familiar with from past Zelda games.

The difficulty dial when it comes to puzzles has really been pushed up. You will find yourself stumped on a regular basis with some of these puzzles. Some of the puzzles are incredibly well thought out. You will feel like a genius when you figure them out on your own. You will need to have some serious determination to get through this game without help. Having resorted to Google on a few occasions, you will more than likely find yourself thinking, “I never would have figured that out on my own”.

In terms of combat difficulty, there is nothing new to expect. You will find the odd boss takes you out but most of the time, you will have more than enough health to deal with any combat situation. Most enemies go down with a single blow and rarely do more than one heart of damage when they hit you.

The visual overhaul this game received has been incredible. The visual style is very light hearted and colorful. It feels like a children’s cartoon most of the time. Everything is so perfectly clean and well made. Sometimes it feels like you are looking down on a 3d plastic model. You would really need to look hard to find a muddy texture or something unsightly. From top to bottom, this game feels like it has been painted with so much care and attention.

Zelda games are very rarely based around deep twists and turns in the plot. The plot is normally a basic path to progress you through the story. It is worth commenting on how weird this one is though. There is a giant egg on a mountain and you need to collect 8 musical instruments in order to make it hatch. All we hear of is the “wind fish”, but there’s very little reason to care about it on an emotional level. There is no sense of danger.

With every Zelda game, there is always a sense that life as we know it is about to end unless Link saves the day. Normally it is Gannon up to no good, but either way, the goal of the game is to be the hero and save the people from the enemy. There’s no real danger here. Sure there’s that big egg on the mountain, but it’s not exactly a threat to anyone.

Motivation to push forward in this game is purely down to the enjoyment of solving the puzzles. You never really feel like you are the Hero of the story though. Mainly because you aren’t really saving the world from anything. A giant egg out of the Mario franchise doesn’t convey the feeling of impending doom quite like a castle shrouded in shadow.

Link’s Awakening does a lot of things right, but it is missing that magic Zelda formula that nobody other than Nintendo seem to be able to create. The game might not do anything inherently bad, but it just feels more like a game that was inspired by Zelda rather than actually being one.

8/10
A really enjoyable game that looks great and has very high production values. The inclusion of so many characters from the Mario franchise will raise an eyebrow and have you wondering what the point is. Link’s Awakening doesn’t do anything bad, but it doesn’t have that special something that other titles in the Zelda franchise have.
Pros
Cons