I’ve seen from the trophy list for the game that there are some DLC packs for Doom 2016 on the PS4. Are any of these DLC packs for the single player story mode or are they multiplayer only? 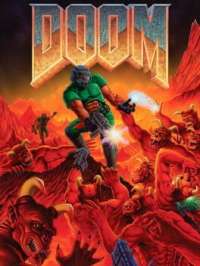 Game guides, questions & answers and other DOOM posts. If the answer below was not helpful, and still need Help? Submit a comment below or ask a new question.

No, All of the DLC released for Doom is for the multiplayer component of the game. There are no story based DLC packs for the game and it doesn’t look like they had any plans to. Maybe they will release a mini game sort of like a stand alone DLC in the future, but as of right now all of the DLC has been released and is free of charge in update 6.66

Does DLC on a Disc Version of a Game Work With a Digital Copy?
View Answer
Is DLC Region Free on The Switch?
Is DLC on the Nintendo Switch region free? Can I download DLC from any region of the world and use it on my system? View Answer
Does Star Wars Battlefront II have a single player campaign?
[Star Wars: Battlefront II] - View Answer
Leave A Reply