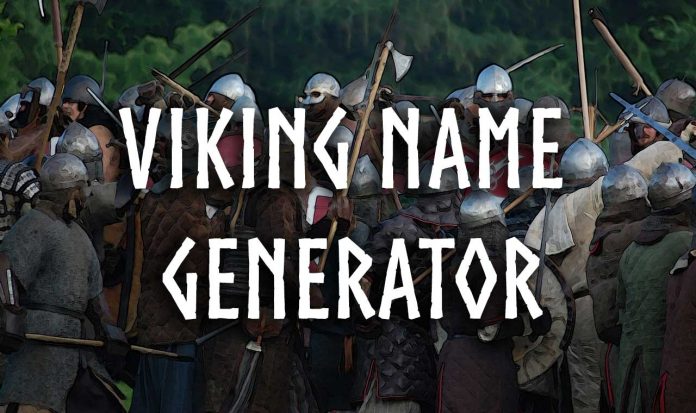 The Vikings were known for their strength and might. The signature Viking boats with the shields lined up along the side of the boats is striking and instantly recognizable. Their success as a race of battle-hardened warriors makes them a great choice for a hardy character with an ice-cold personality. For those doing this, the Viking name generator below will allow you to come up with an awesome Viking name idea to use for this character.

Since there are two main angles to come from when coming up with Viking names. You may want to go with the full-blown warrior, from the depths of ice and snow. Or you may want a more human, normal world style Viking. This is why there are two filters on the name generator below that will allow you to switch between a regular name and the Viking warrior names. You will see a big change in the style of names from each of the options.

To get started, click on the button below and it will start generating random Viking names for you to use for your characters. The tool will give you a first name and the last name that will change based on the filter selected. You can also use the gender filter to switch between male and female Viking names.

Vikings are seriously cool characters in most stories. When trying to think of the perfect name for them, you really want to make sure you have something that perfectly fits the character without sounding too cheesy. The more brutal style of Viking lifestyle needs a brutal name to represent it after all.

Viking names are fairly easy to find due to the roots of many modern cultures linking back to them. The Vikings originated from Scandinavia. Although Scottish and Irish history links back to the Celts which were based in the Scandanavian region, they tend not to share too much in terms of names with the Vikings. Thankfully, modern culture still shares a lot of similar names which did a lot to help me come up with this Viking name generator

The Viking name generator above will give you lots of great Viking names to use for whatever characters you are working on. To make things easier, I have collected some of the best names generated by this tool for male and female characters in order to save you some time and effort. 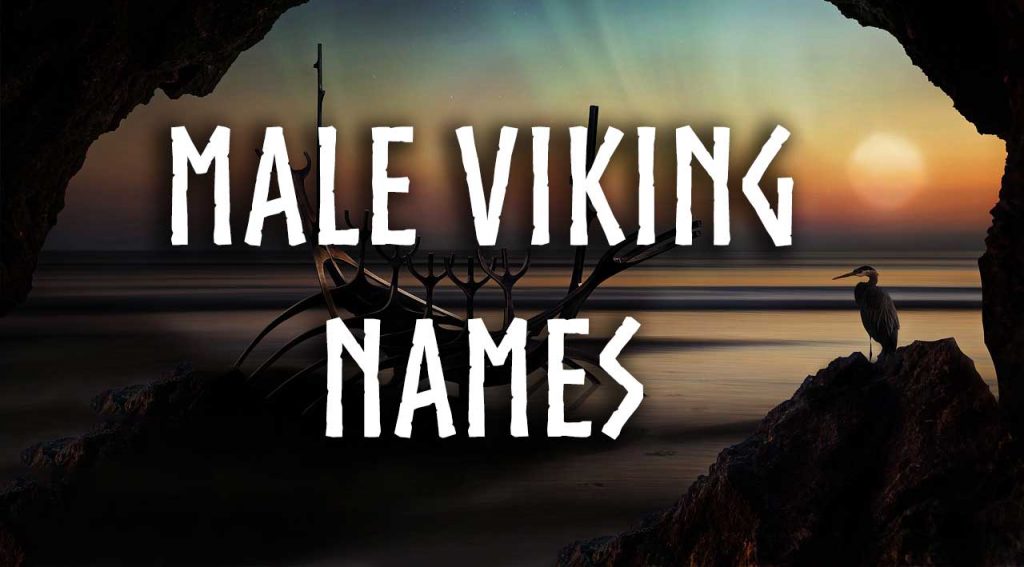 Male Viking names are fairly close to modern Scandinavian names. A lot of modern names are based on the ancient Viking names. Most of the suggestions you will get from this tool will be close to what you may find in existence today. Turning your own name into a Viking sounding name is generally quite difficult. Appending “varr”, “sson” or “dr” to your own name is probably a good start, but it never really sounds good. You are best off trying to find an existing name that sounds a bit like your own

I have put together a list of the best sounding male Viking names for those who don’t want to spend too much time clicking. All of the ideas here were generated using the tool on this page. You can combine the first names or the Viking last names used here with any ideas of your own in order to create the perfect name for you. 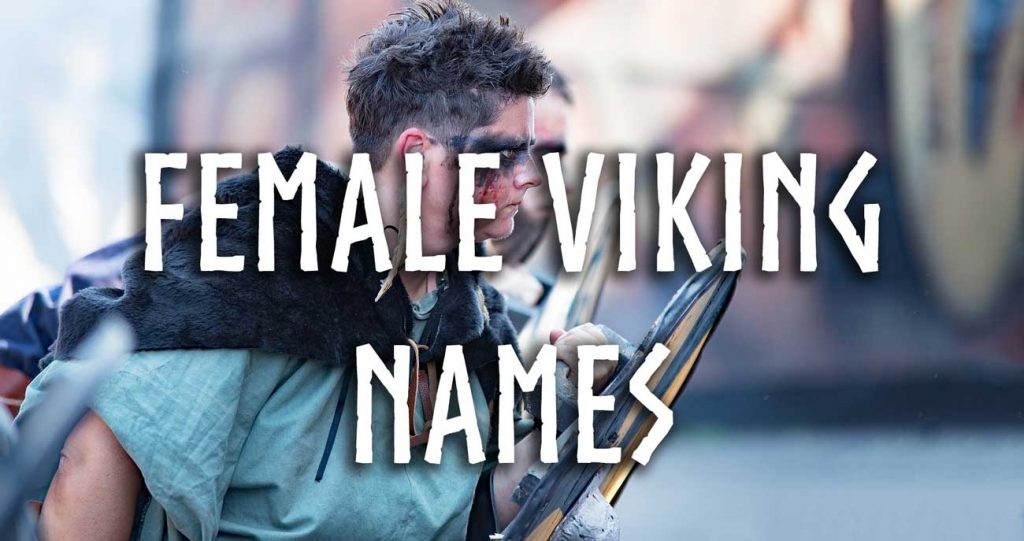 Female Viking names are not as well documented in history. Back in the day, it was not the job of a woman to go out and become a warrior. Obviously, modern storytelling has changed this and there are plenty of examples of women who can be great fighters. This is why I have added a gender drop down box to this. The Viking name generator can be used to create Viking names for men and women.

To start generating female Viking names, switch the gender control in the tool and it will let you select female as an option. The result will be feminine names which you can work into the characters you are creating. To save some time, here is a sample of some of the best Viking names to use for women 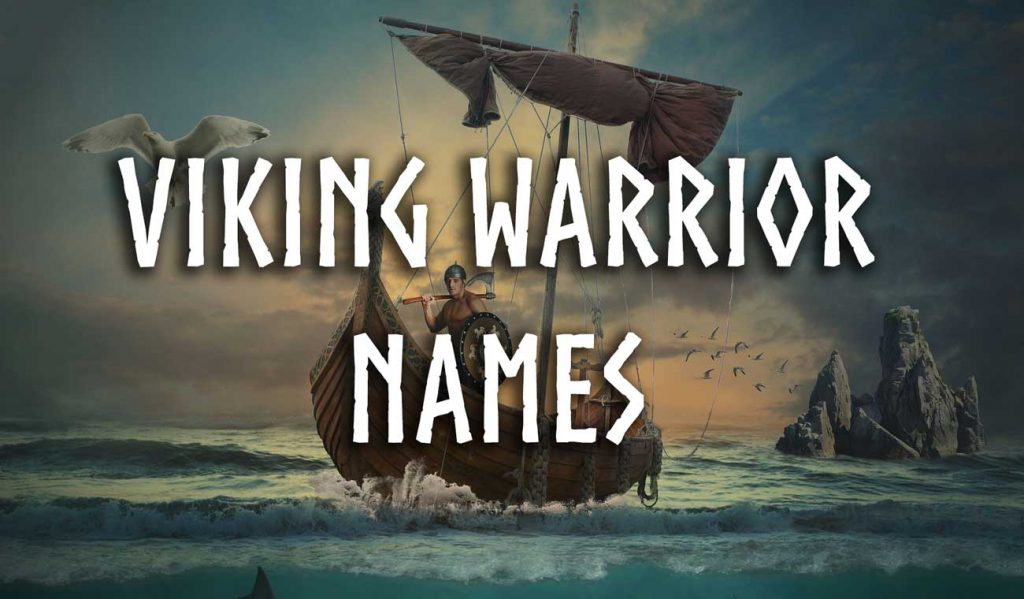 For most people, the bloody violence is the most attractive part of stories based around this ancient culture. Video games, in particular, will always be a lot of fun when you get to take control of a red-bearded soldier of the snow. Viking warrior names can change depending on the type of fiction you are dealing with. Some may want an all-out beast of a person who cares for nothing more than killing. Other examples may want someone with a more human side. A last name like “Skullcrusher” is hard to humanize into a person with a wife and kids.

For this scenario, I will assume that you are going for an awesome, blood spilling soldier of the north. To fit this requirement, I will use more aggressive sounding names that fit the bill. You can stick with the more human-sounding names if you wish, but all of the suggestions below for awesome Viking warrior names are going to be based heavily on words that will instill fear and give the impression of a hardened warrior.

When I first started work on this tool, I found myself with a list of Viking last names that didn’t really work well together. Going from a surname like “Lorenson” to “Mountaincrusher” was such a stark transition that it felt too inconsistent. It was clear there were two different areas and styles for Viking names that people might be looking for.

First names are kept the same since in most cases, they wouldn’t need to change. Nicknames are generally given to someone to replace a surname. At least when it comes to historic based fantasy. This is why I have put some time into breaking the Viking last names up into two categories. Normal names and warrior names.

Since I have already explained the difference, I will leave it up to you to use whichever one you feel best. If you want a list of Viking last names that are based on a more realistic Scandinavian style of history, then go with the normal names. The warrior names are far less realistic and work more as a nickname given within a group of individuals. The name may be a great way to come up with a backstory for your character, but it is not a good representation of proper surnames used at the time.