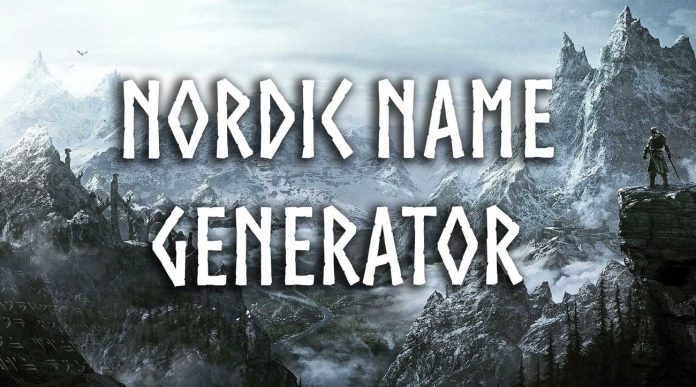 Norse mythology is one of the most popular ancient cultures in fiction. The line up of incredibly cool gods makes for some highly exciting stories with a rich and deep culture to go along with it. A lot of people will be familiar with it based on the character of Thor who has featured in Marvel movies. This character is a known god who has also featured in many other movies in games. For those looking to get creative in this area too, this Norse name generator will allow you to come up with lots of cool character ideas.

To get started creating some Norse names using this Norse name generator, just click the button below and this will start giving you lots of ideas. Use the gender filter to get male and female names. The main filter can then be used to generate regular names and warrior names. The difference is significant so you can switch based on your needs. The warrior names are far less realistic and are entirely made up. They do sound cool though, so it depends on your requirements.

The Norse mythology is very rich. Ancient cultures were based on the whole Viking culture, which in itself gives a lot of story material. I am assuming that you are using a Norse name generator because you need some original Norse mythology names for use in stories or creating characters in a game. All of the suggestions below are original ideas that have been randomly generated using this tool.

Check out the list below for some of the best suggestions that have been generated using this tool. There is a mixture of the regular names and those that are more focused on the warfare and violent side of the Nordic lifestyle that we are familiar with in fiction.

As mentioned above, none of these names are going to be that of people from any existing Mythology stories. The data is completely random, so it may happen by accident, but you should be fairly safe using all of these ideas in any original work of your own. 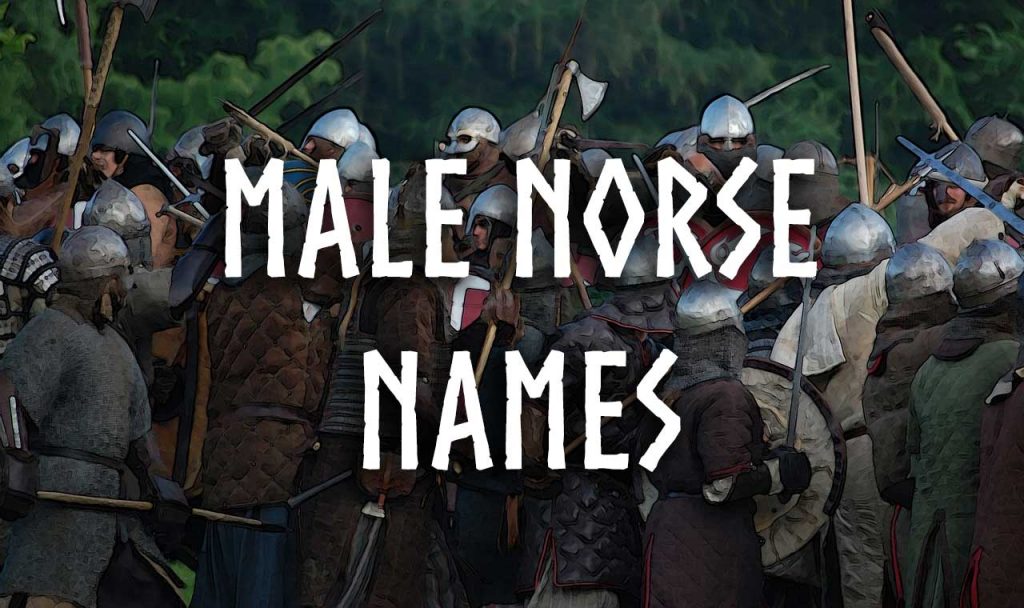 Most people like to try and work a name they already know into a name that fits the character. Unfortunately, you will see from a lot of the male Nordic names, they are not like modern names. You can try to append the common male endings to names to your own, but it never sounds like an actual male Norse name.

You can use the Nordic name generator above to come up with lots of unique suggestions. If you want to save some time, you can find a list of some of the best male name ideas for Nordic characters below. You can combine some of this data with the suggestions you already have for your characters. 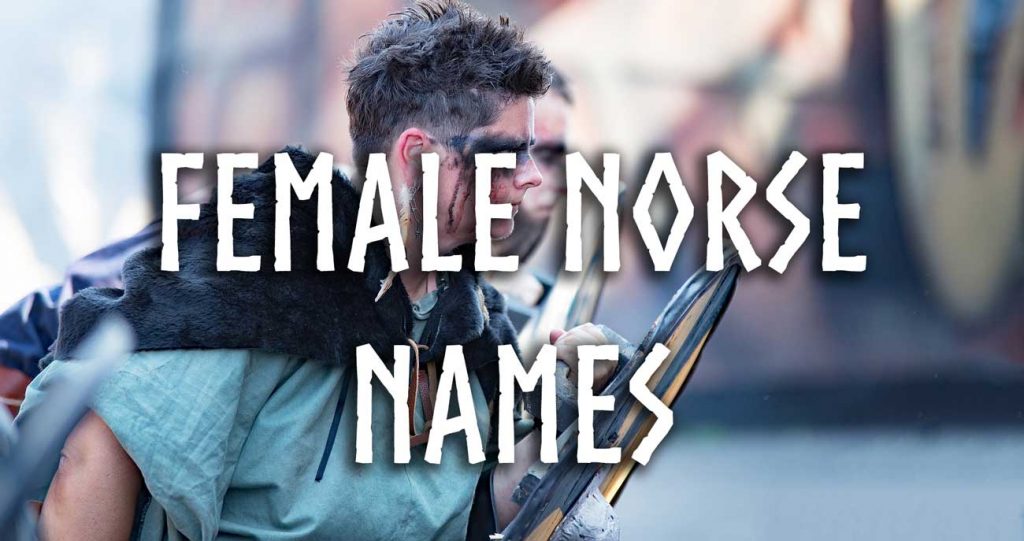 Norse female names are far less common in stories since a lot of fiction we have puts more focus on the battles and ware of Norse mythology. That doesn’t mean they didn’t exist and shouldn’t! There should be lots more women in these kinds of stories. Hopefully having this Norse name generator at your disposal helps you a lot with this.

The list below contains some of the best female Norse names that were generated using the tool above. You can come up with lots more like this if you need them. Change the first and last name combinations if you have found something that sounds better when combined. 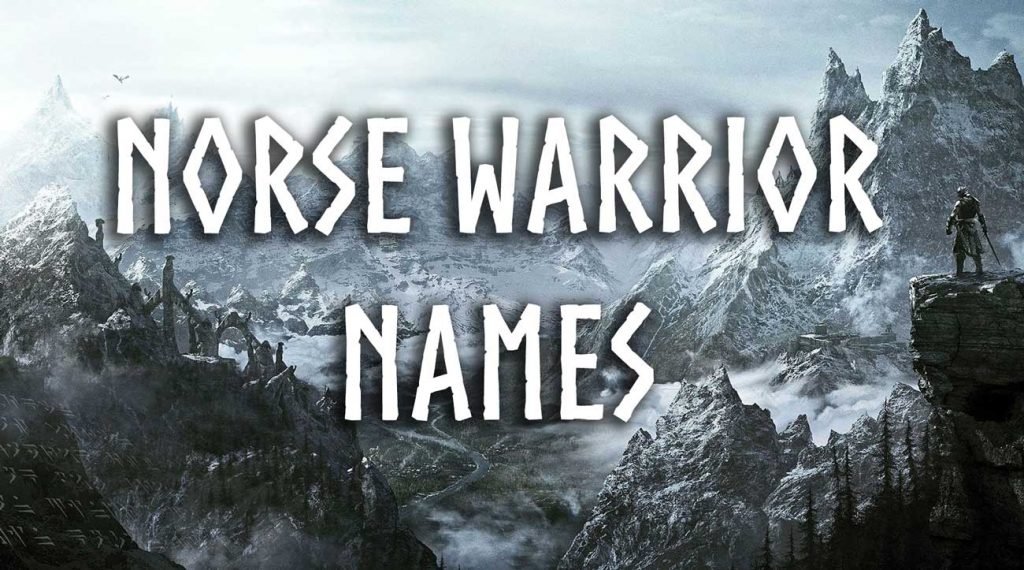 One of the biggest aspects that make stories based on Nordic mythology so interesting is the battles. Some may not like the excessive violence, but the fact is that it did exist. Back in these times, it would be up to the men to learn how to fight in order to protect their tribe or clan. We, of course, live in different times now and because of this, I have added a gender filter to this tool that will let you come up with Norse warrior names for men and women.

The dropdown above will allow you to switch between normal names and warrior names. The difference is mostly based on how real those names are based on what we know of the Scandanavian culture of the time. The Norse warrior names that you can generate here are mostly nicknames. Crazy sounding names based around excessive violence and combat. This is probably what most people want from their warriors, but I have split them into two categories to make it more easy to switch between the two.

The Norse name generator above will give you all of these names and more. The Nordic warrior names in the list below are some that I found most interesting and best suited for a warrior character based on Norse mythology

For most people looking for proper last names, you need not look any further than modern last names from any of the Nordic countries. The culture may have changed significantly over the years but the names have remained. There are some incredibly old names in these countries that date back a significant amount of time. Using these would make perfectly appropriate Nordic last names to use for any story or character

I have already listed some good Norse name suggestions above under the male and female sections. You can use these for reference or you could click the button on the Nordic name generator above. Make sure to set the filter to use normal names and it will generate a large number of Norse last names for you. You can obviously skip the first name if it is no longer relevant to you.

If you are going down a more godly road, similar to what we saw in Sony’s God of War franchise, finding out the surnames of a lot of the ancient gods is a good place to go. These names perfectly fit the time and setting. You will need to do little work to have the surnames associated with powerful gods, since they already are.

Odinson is the surname of the god of thunder, Thor. This name comes from the more common medieval “son of” style when it comes to last names. In this example, it means the son of Odin. Odin is, of course, the main god much like Zeus was in Greek mythology. You will find a lot of the most epic god names follow this naming convention.