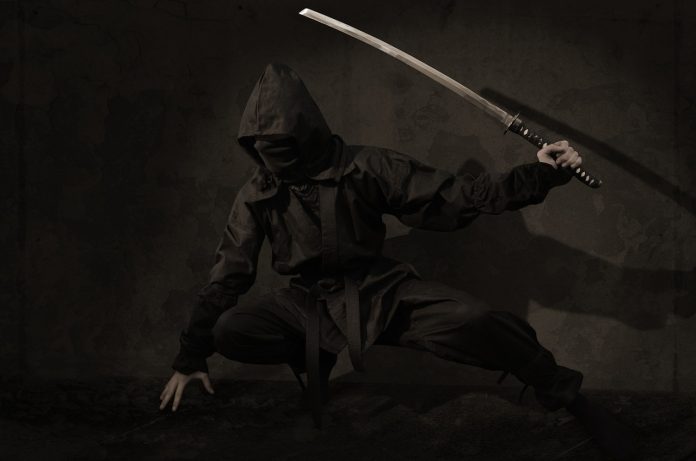 Ninjas are one of the most universally cool types of characters. The mysterious nature combined with the deadly offensive attacks they can unleash from the shadows. This is why coming up with a cool name for a Ninja is critical, but also quite difficult. This is why I have created a random ninja name generator to give you all of the ideas you need to come up with something great.

I suppose I should apologize to anyone who is Japanese for my butchering of Japanese grammar. I used a lot of cool word combinations and translated them to Japanese. Picked the ones that sounded awesome. Most of the first names used for males and females are actual Japanese names. The surnames are either names of items or combination of items. Fire hound translating Faiāhaundo. Makes for a pretty cool ninja name right?

Finding some ancient Japanese names to use was difficult since it seems like old names are still quite common. If you have some cool first names you want to use, switch them for whatever name is suggested using the tool below and you will have something great to work with.

To get started generating some cool ninja name ideas, click the button below. It will give you a randomly generated first and second name for a male or female ninja. Keep clicking for more suggestions. Hopefully, it comes up with exactly what you were looking for.

The tool above will give you lots of cool name suggestions for Ninjas. They are all based off the Japanese language so it is best to make sure the character you are naming is also from Japan or it might not work too well for the back story.

Here are some of the best ninja names for male characters that this tool has generated. Use these or combine them with ideas you have to make something unique. There may be many other, even better suggestions in there, but this is what it came up with when I was testing it out.

As with the male names, here are some of the best suggestions this tool came up with for generating random ninja names for female characters. These are just the ones that I saw during testing, there may be way better names it comes up with if you give it a try.