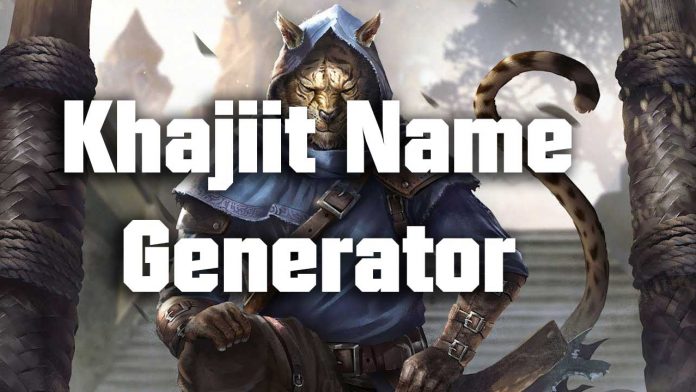 Khajiit are furry, cat-like creatures from the Elder Scrolls universe. They are very easy to distinguish compared to the other races and are one of the most unique and unusual. They walk on their back legs, much like all other humanoid races in the game franchise. They possess many cat-like advantages that come in the form of agility and stealth. If you need to come up with some Khajiit names, this Khajit name generator will give you an endless list of suggestions that you can use for your character.

The Khajiit have a very unusual language that is quite harsh sounding. The spoken word of the language can sound a lot like Arabic. The words contain a lot of apostrophes making them look a lot like the names used in World of Warcraft in the Silithus region.

To start generating random Khajiit names, click the button below and suggestions will appear in the box below. You can switch the gender using the dropdown to get male or female name ideas for your characters.

The Khajiit name generator above will give you a lot of names to work off. This is one of the biggest generators on the site. Since most of the names are in a different language, and all have the same sort of harsh-sounding tone to them. Deciding what a good and a bad name is, depends entirely on the person.

With this being said, I have put some effort into finding some first and last name combinations that I would use if I were creating a new Khajiit character in an Elder Scrolls game. 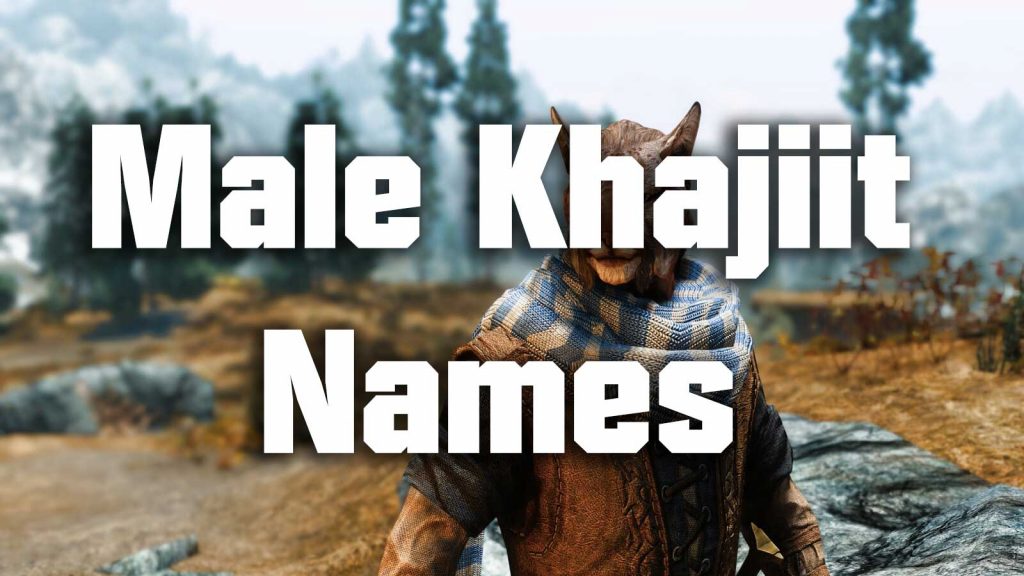 Male Khajiits make for pretty cool ninjas, it is after all in the nature of a cat to be stealthy. Male names are hard to distinguish from female names at times due to them being nothing like names that most people are familiar with. There are specific name endings though that define the gender. This makes converting your own name a very easy process.

There are far too many name endings and combinations to list here. The best process is to either generate names using the tool above and find an ending you like or look at some of the best name ideas for male Khajiit characters below. A quick example of this would be turning a name like “Darsho” into “Dansho”. Easy for me with a short name, but it can be done with any name if you have a bit of creativity. 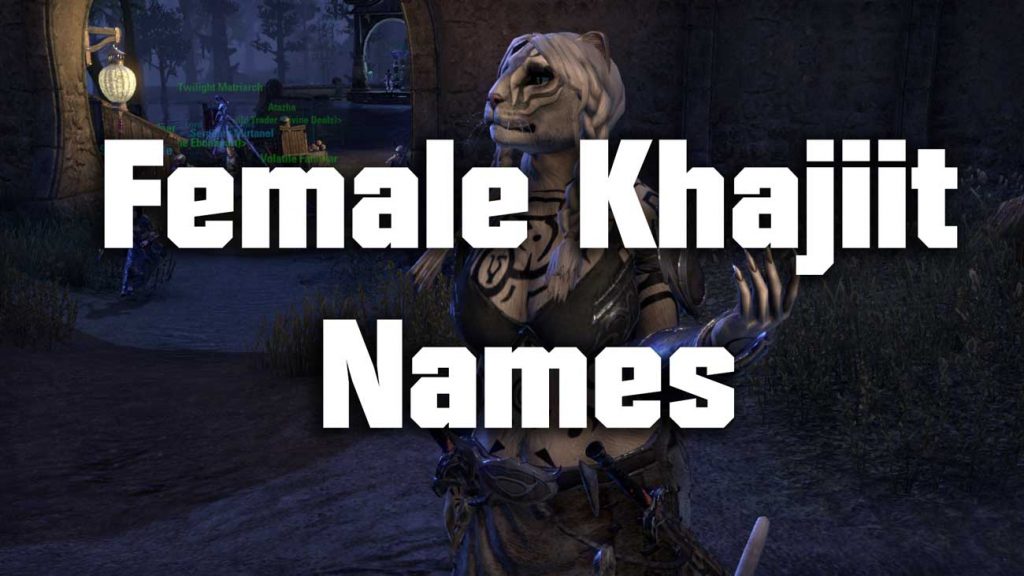 Female Khajiit names are just as flexible as male names. You can very easily work your own real-world name, or a real name that you like into a Khajiit name. The number of possible name endings is very large and it makes it a big job for me to list them all out here. The best thing you can do it so use the Khajiit name generator above to come up with some cool suggestions or to use the list of the best name ideas below

Converting shorter names is much easier than longer names. If you have a long name, it is probably worth shortening it somehow. The girl name Jennifer would be easier shortened to Jen for the process of conversion here. Picking a random name idea like “Kishima” you could work the name “Jen” into this and end up with “Jenshima”. Probably sounds a little more Japanese than Persian but it is still a simple method to follow. Keep doing this with various names until you get something you like 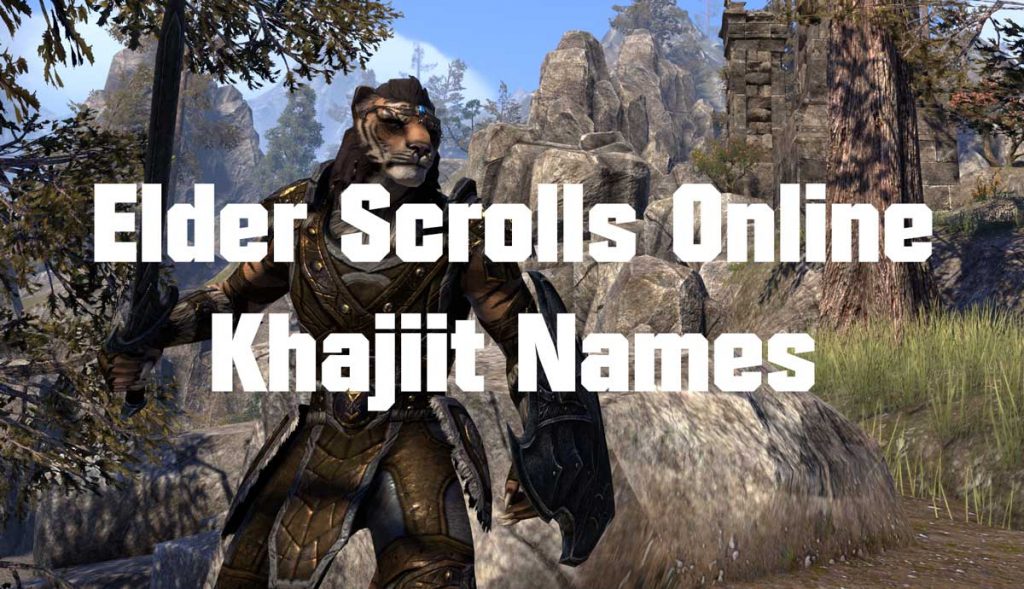