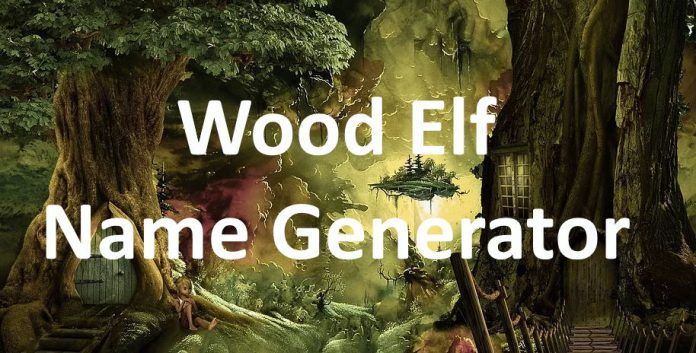 Wood Elves are very much the same as regular elves. Level headed and calm people who show great beauty and grace to the world. Wood elves differ in their lifestyle more than their personalities, which is more the case for Dark elves. If you are working on some fiction that includes this race, the wood elf name generator below will give you lots of name suggestions.

To start generating names for wood elves, click on the button below. You can use the toggle to switch between genders if you need to. The names are not based on any pre-existing fantasy universe so the should be unique sounding. If anyone has some better ideas and some feedback, leave some comments below.

What Is a Wood Elf

A Wood Elf is a subspecies of the fantasy elf race. They possess all of the regular characteristics you would expect of an elf. Things like intelligence, beauty and being more in touch with nature than humans. They differ from the traditional style in that wood elves are not fond of large cities and urban environments. They prefer, as their name would suggest, to live in the woods and forests.

This wood elf name generator will allow you to generate names for males and females. Using the dropdown above the generation button, you can switch the gender. The surnames will, of course, remain the same, but the first names will be related to the gender selected.

What’s the difference between Night Elves and Wood Elves

Night elves were the original race of elves in the World of Warcraft game. They live in the woods and almost have a bit of a dark elf vibe based on their appearance alone. Night elves are a passive race and from what we have seen, while they live in the woods, they are not against large cities and have been shown to live in them, something we don’t see with wood elves.