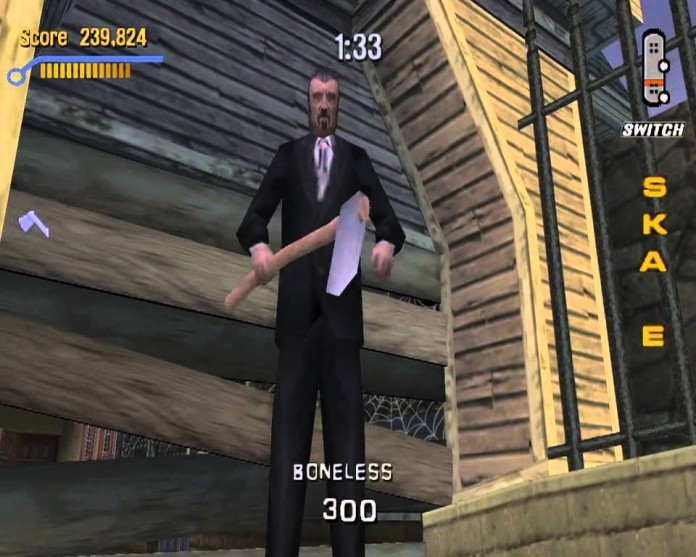 I can remember playing these games many years ago and getting quite frustrated at times while attempting to get those damn secret tapes that always seemed to be just out of reach. Well I guess it was just me who seriously sucked as it looks like some people are able to beat the game in under 4 minutes. This video shows Tony Hawk’s Pro Skater 3 Speed Run get completed in under 4 minutes as if it were no effort at all!

I’m sure this guy had to spend a huge amount of hours playing this game in order to get good enough to beat the game this quick, but it is crazy that a full price game can be beaten so quickly like this. I doubt anyone will ever get a score like this in the latest Pro Skater game…simply because no one has been able to endure the torture of playing the game for a long period of time.

This video fired up a lot of nostalgia as I really loved these games when they first game out. It’s a real shame what happened to the series. I have a feeling I will be playing some old pro skater games this weekend.

Check out the video below of the speed run. Marvel at the memory and skill it takes to get everything in the entire level done with only a few short, yet high scoring combos.