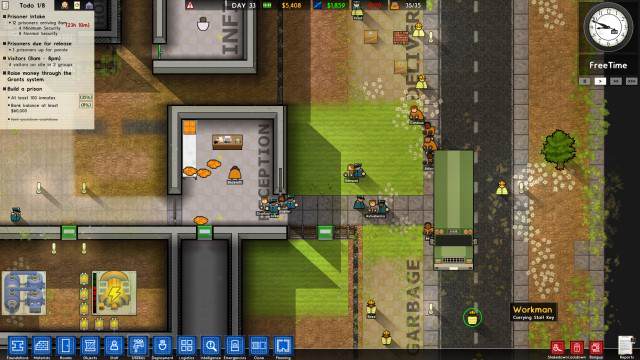 Prison Architect is the awesomely addictive game where you are given the hands of god and tasked to build and manage a prison. Until now the game has been strictly a top down view, which makes the most sense for a game like this, but it looks as though an alternative camera view has been found. Hidden away in the settings page is an option that lets you play Prison Architect 3D.

The video below will show you exactly how to find the setting which is clearly not ready yet, which is why its so hard to find the setting for it. There havn’t been any announcements by the developers that they would be adding this to the game so its likely an experiment at the moment. There wasn’t anything particularly wrong with the game camera as it was, but this will definitely be an interesting addition to the game for some fans.

It looks like this feature still has some time to go before its completed as there are still a large amount of objects and textures that are not yet in 3D, but its a start to get an idea of how the game is going to work. There is quite a lot of clipping with the walls and other structures that will be quite difficult to fix, but i guess this is more of a fun alternative than a way that you are meant to play the game.

Check out the video below and let us know what you think of prison architect 3D.