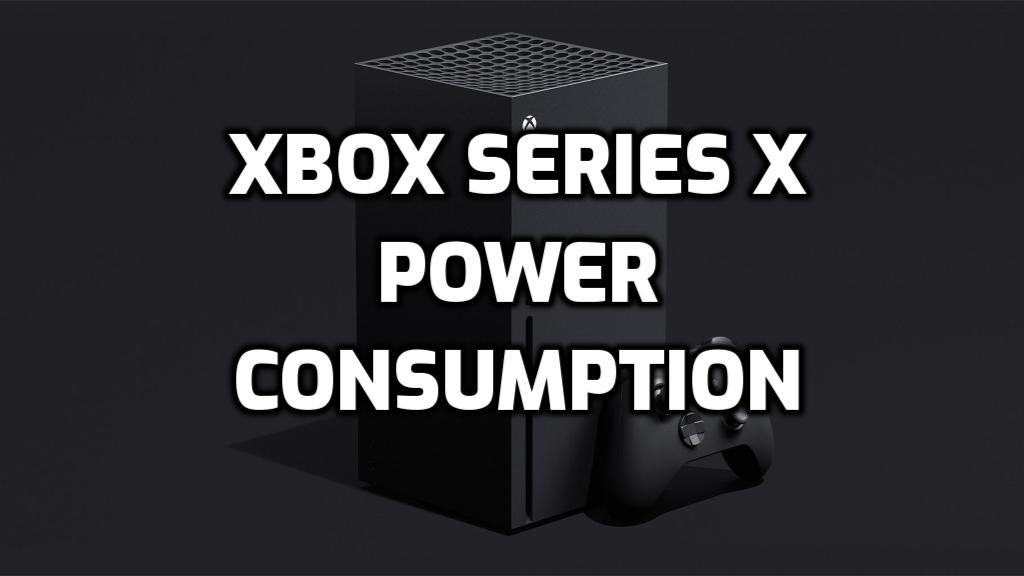 The Xbox Series X, at the time of launch, is the most powerful home console on the market. Does all of this additional power come with increased consumption of power? Check out the readings below to find out the Xbox Series X power consumption.

For these tests, I used a launch Xbox Series X from the UK with a UK plug. I took four different readings. Idle, two readings for different games and a reading when the system was in rest mode. This is a mode where the system can download updates, has fast boot enabled and allows the player to continue where they left off with a game.

Here is the quick breakdown of the Xbox Series X power consumption. Read the section below for more details on the tests performed and the range of power used.

Overall, the numbers are what you would expect from a system like this, especially with launch models which tend to have more power-hungry components that are likely to be refined and improved in the coming years as smaller, more power-efficient chips are used.

For this test, I completely powered the system down and then turned it back on. This means that there were no games in suspend mode and no other background apps running. There were no downloads running and nothing else active on the device that could be using system resources in a way that would influence power consumption

This is where things can vary quite a bit. A simple game that has very few visual effects will not push the system to its limits and as a result, will reduce the amount of power that the system requires in order to play the game.

For these tests, I played two different games. Assassin’s Creed Valhalla and Gears 5. Both games should push the system hard enough when compared to games with a more simplistic visual style.

Gears used a lot more power than Valhalla with it going over 190 watts at some points. AC Valhalla stayed around 150 watts.

How Much Power Does The Xbox Series X Use In Rest Mode?

The final reading I took was to measure how much power the Xbox Series X uses while it is powered off in suspend mode or rest mode. This is a power option that will allow the system to access the internet to upload images, game saves and also to download system and game updates while the system is not in use.

One advantage of this game mode is that your progress in-game is stored. When you start back up, there are no load screens, you are instantly back to where you were when you powered down the system previously.

I was surprised at how much power the system was using in this mode. It was half of what the system uses when idle on the main menu. The system performs a lot better than the PlayStation 5 does in rest mode, but it was still a little high when the system should only need a trickle to keep internet connectivity going. Here are the results.