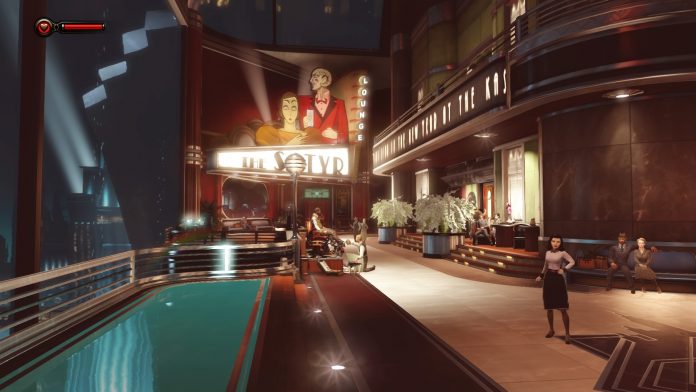 Similar to the experience I had with the DLC for past Bioshock games, I owned Bioshock Infinite, but never got around to buying the DLC for this game. Out of all the games in the Bioshock Collection, the Burial at Sea DLC was the one I was most excited about. Unfortunately, this DLC was a major let down for me, especially after discovering how amazing Minervas Den was. The setting was fantastic, but Burial at Sea was not Rapure. It was Columbia below the ocean.

I have a ridiculous fondness for the Rapture we visited in the first Bioshock game. I rarely replay games, yet I replayed this game around 6 times since it first released. For me, the parts of Rapture we visited in this game were absolutely perfect. Having heard that Burial at Sea meant we would be returning to Rapture back before everything went to shit, I was going crazy. There were a dozen areas of the game that I had expected to revisit and this was really exciting. Having finally played the game, I have found that it is not as I expected. Not only did Burial at Sea ignore all levels from the past games, but they even left out Plasmids and Hypos! This is what Bioshock was built around! How could they exclude this?

Tonics and Eve are from Columbia. There was nothing wrong with these powers, but it was not what Rapture was built around. All the weapons, vending machines, tonics(Rapture tonics), currency,  hacking and even the iconic little sister vents have completely changed. Skyhooks do not belong in a place that does not have a large open Sky. I think I could have possibly gotten over the above items, it they actually brought us back to some of the locations we have visited in the past. Bioshock 2 gave us a really nice glimpse of Raptures before and after while taking on the role of a little sister. More of this would have been amazing. Instead we pretty much get rapture re-imagined, with a bunch of would be splicers wearing boxes over their heads.

I can see the appeal of taking Rapture and revamping it with all of the improvements made in Bioshock Infinite, but this wasn’t needed. Rapture was perfect the way it was. They made a masterpiece with Bioshock, it didn’t need a revamp. Marking this as a return to Rapture before the place was destroyed is an open door to some amazing things. I was so disappointed by this that It hurt my enjoyment of a fantastic piece of DLC.

Burial at Sea was not a bad DLC pack by any means. In fact it was fabulous. The story was fun, the locations were cool and hey Atlas was back! It just didn’t feel like the same Rapture from the past games. Taking a version of Rapture that I considered perfect, and completely changing it really bummed me out. To me it was just a different city beneath the ocean, it was not Rapture. It didn’t look or feel like Rapture anymore. You cant take all of the iconic landmarks away from a city and expect it to still feel like the same place.