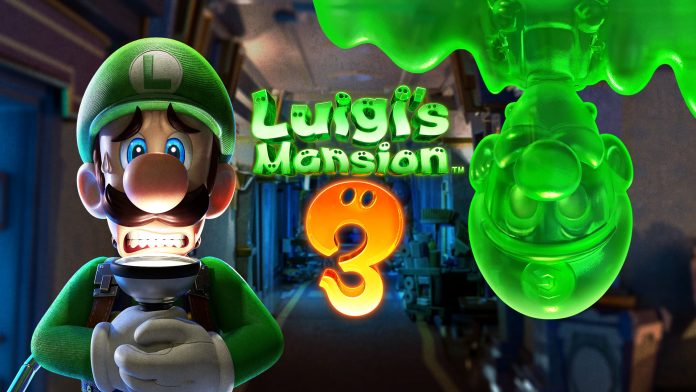 When it comes to the stars of the Super Mario franchise, Luigi, is rarely given any time in the spotlight. The Luigi’s Mansion franchise first launched in 2001 and has been quite popular. Unfortunately for Luigi, he has not had much more time in the spotlight outside of these games. Luigi’s Mansion 3 is the latest entry to the series and brings us back to the same ghost hunting fun in one of the most unique and enjoyable games in the entire Super Mario franchise.

Mario, Luigi and many other cast members from the games are going away on a holiday to a fancy hotel. Unfortunately, King Boo gets in the way and captures everyone, locking them inside a picture. Fortunately, Luigi manages to escape and it is now up to you to make your way to the top of a large haunted tower to rescue the princess, your brother, and all your friends.

While there is absolutely nothing wrong with the current state of the Mario franchise, it feels very refreshing to see a game take a turn in this direction. Luigi’s Mansion is nothing like any of the other games and it feels great. All of the quality and polish we have come to expect as standard from the Mario franchise, but in a completely new style and setting.

Luigi’s Mansion is a 3d adventure game where you need to explore each floor of a spooky, Scooby-Doo style hotel. Each floor has its own unique theme. From an Egyptian desert to a pirates cave. The logistics make little sense but the variety provided on the 17 floors of the hotel makes each new floor something you look forward to as you progress.

The majority of the floors in the hotel are quite small. There are enough puzzles to keep you going for 30 minutes to an hour. Multiply this across the 17 floors and you will have a lengthy game. It is a shame when you find a theme you really like but it is used on a really small floor.

While you do get a sense of excitement when you are ready to go to the next floor, it can also be a bit of a disappointing time too. You will find that some of the floors really draw you in with their artistic design. When the time comes to go to the next floor, you will be upset that its time to leave. Sometimes it feels like the floors are so small it is a wasted theme. The prehistoric theme, for example, was nothing except a boss fight.

Each floor contains hidden treasures. They don’t serve any purpose for a narrative, simply an interesting collectible to discover. Some of the puzzles to obtain these treasures are complicated and in most cases very well hidden. Collecting them all on a single floor will really challenge gamers of all levels of experience. They make for a fun little challenge on each of the floors of the castle.

The combat in Luigi’s Mansion draws heavy influence from Ghost Busters. You have a vacuum device called the Poltergust. You must use it to suck up the ghosts, however, you can only do this once the ghosts have been stunned. Using a flashlight, you can stun the ghosts at which point you can attempt to suck them up. They don’t go down without a fight though. You will need to slam the ghosts and move Luigi around to avoid losing suction and allowing the ghost to escape.

The combat is fun, but it can get a little frustrating when the camera gets in the way. A lot of areas in the game have a fixed camera position. It can be quite difficult to know what direction you are facing when you are surrounded by ghosts and there are visual effects obstructing the camera. It often results in you taking damage rather than actually defeating the ghosts.

The ghosts in Luigi’s Mansion are hilariously crazy. They behave like Minions or the Rayman Rabbids. They come dressed in costumes reflecting the theme of the floor and are generally mischievous in a light-hearted way. I came across one that was sitting in the basket of a bike pretending to be E.T.

Luigi is equipped with several other gadgets that help you solve puzzles and defeat some of the more unusual ghosts. Every now and then the professor will ask you to return to him in order to give you something new. The gadgets might be cool but this professor is one of the most annoying characters you will ever come across.

Dealing with the professor is annoying in so many ways. The first problem is his voice. There is no voice acting, the dialogue is subtitled and the professor will speak some language that involves him saying suku suku every 3 seconds. It sounds like you are speaking to a baby.

The professor constantly interrupts you while you are out exploring the hotel. He often spoils the puzzles for you by giving you the solution before you have had time to even attempt to figure it out. The professor is hands down the most annoying aspect of this game. You cant dismiss him, you just have to put up with his constant interruptions and annoying voice.

Luigi’s Mansion is a very welcome addition to the Mario Franchise. For a character that spends so much time in the background, Luigi has a really shy and loveable personality. His fear of the ghosts makes you feel sorry for him while proud at the same time that he is facing his fear to save his friends.

8/10
Luigi’s Mansion 3 is set in one of the most unique and creative locations you will ever see crammed under one roof. The diversity in style makes this feel like a dozen games crammed into one. There are times it feels like it may have been better to have fewer floors with more content put into the more interesting themes. As it is, there is still a huge amount of content with something for everyone. Once you get stuck into the meat of it, Luigi’s Mansion is a quirky haunted house adventure that distances itself from the Mario series enough to make it unique while still having the polish and fun we expect from Nintendo.
Pros
Cons