Nerdburglars Gaming
Home Article HDR And How It Impacts Gaming 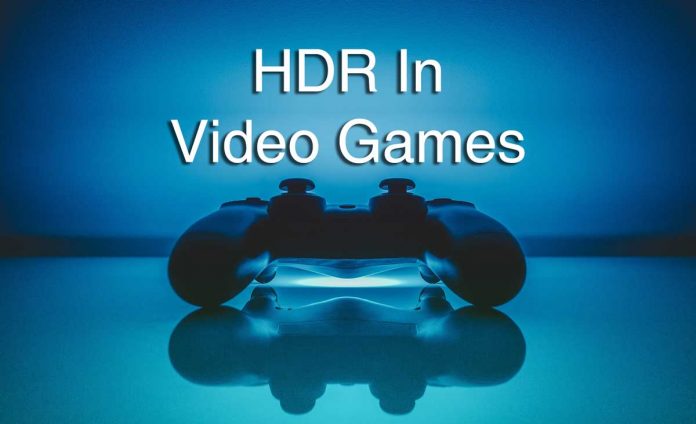 HDR is the latest buzzword that came along with the latest generation of game consoles. It has of course been a thing for much longer than that. The mysterious acronym is something that very few people really understand. What is HDR and what does it do for gaming?

HDR stands for High Dynamic Range and for those out there who enjoy photography, you will likely understand what this is. The general idea is that HDR gives better light to dark ratios in images. In general it will make images look much more realistic and give them a bit more of a punch. Sounds like a dream for video games.

HDR will allow for much better contrast levels. This means different levels of brightness will be much easier to notice against a background. A great example of this are clouds. Look up into the sky and you can see the texture in clouds. They are fluffy and some parts seem a bit thicker than others. A picture of these clouds might just make the entire thing look the same or will at least take away some of that texture you can see with the naked eye. HDR will help capture this and give you a better image that is more in line with the levels of detail you can see with the naked eye.

The short answer is yes, but it isn’t some magical switch that you can just turn on and bam, your PS3 games look photorealistic. This won’t happen for two reasons. First, the source media must be setup to support HDR, it isn’t something you can just flick on the TV and it will impact all games. The second reason is that it will only influence the range of colors with better light and dark contrasts. It isn’t going to make those ugly textures suddenly look beautiful.

How do I enable HDR for games?

Current generation game console support High Dynamic Range. There are also many games that also support it. The key part to take from this is the word support. Games need to be programmed to support HDR. Not every game will allow you to enable HDR.

The second requirement here is that you will need to have a HDR enabled TV. I know, we are all getting a bit sick of having to replace our TVs for some potentially short lived tech, I’m looking at you 3D! The good news is that HDR support is a bit like HD support in that it’s now becoming a standard across many mid range TVs and more than likely will be included in low range TVs too. It is highly unlikely we will see HDR fade away into oblivion like 3D did.

What difference will High Dynamic Range make for a game?

The answer is subjective. Some people may prefer it, others may not. However, if a game developer has gone to the effort of adding support, you can be fairly confident that the game will look more realistic with HDR enabled. The contrast will be much better, this means items against dark backgrounds should be more visible and clear, much like they would to the naked eye.

If you are very picky about your TV settings and love over saturated colors, then HDR might not be for you. HDR will make the colors seem more realistic and bring a more realistic level of contrast. If you don’t like a realistic image, then this won’t be for you.

Should I Buy a HDR Enabled TV for gaming?

This is a tough question to answer. The technology is fairly widespread now, but the number of games that support it isn’t that high yet. More often than not a game will not support it. If you have a perfectly good TV right now and you love gaming with it, I wouldn’t go out and buy a new one just so you can have HDR. The unfortunate fact is that you will not get to use it very often.

If you are in need of a new TV and want to decide if you should get a TV that supports HDR, then I would most definitely get that TV over one that does not support it. The difference in price is not that significant. With the way the current trend is going, most mid to high end TVs have this feature anyway, so it may never even be a deciding factor for you.

The answer to this is most likely yes, but there won’t be many scenarios where you will get the chance to use HDR with older games. The simple fact is that HDR must be supported by the digital media. In this case, the game must have HDR support in order to use the HDR functionality of your TV. If the game is not setup to support this, you will not be able to use the feature.

Game developers will more than likely go back and start to patch older games to add support for it, but don’t expect it to happen quickly and in large numbers. This is likely something that will be supported by newer games into the future. The chances of it being retroactively implemented is slim. Game systems can’t turn on HDR in the same way they can upscale a game from 720p to 1080p. Expect uptake to be very minimal for older games.