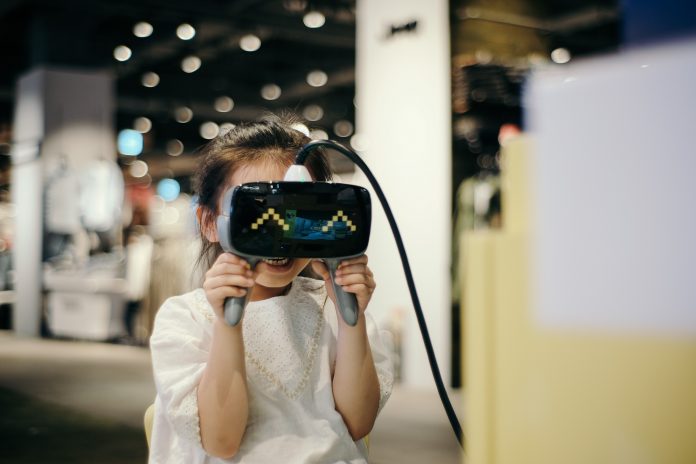 Did you know that over 300 million people around the world suffer from some form of depression? How about the fact that less than 40% of those who suffer from depression actually get treatment? The thing about anxiety and depression is that they can be tough to fight once the condition goes too far. It can also be difficult for some to seek help because they are either embarrassed or they don’t feel that these feelings require aid.

Luckily, video games may offer some support. When played in moderation, it has been found that your typical video game can actually quell some of these negative feelings. Plus, new games have been made to deal specifically with these types of issues. Of course, there are pros and cons, so let’s see explore the connection between depression and video games.

Yes, there is a connection between depression and gaming, and it can go both ways. For years, there have been discussions about the potential downsides of video games, with some saying that these games can be addicting and others insisting that those who play violent video games have or can develop the same violent tendencies. While these discussions will likely go on until the end of time, some studies that may hint that excessive video game playing can lead to depression.

In a study detailed in a 2011 issue of Pediatrics, 3,000 school aged kids in Singapore were followed for two years as researchers notated their activities and behaviors. The study found that those who played more video games were also less comfortable with other kids. After the two years passed, the kids who played the most games during the study were also found to suffer from falling grades and strained relationships with their parents. They also had a more significant chance of depression and anxiety.

So, what can be done about this? Although some people may play video games and suffer from depression for entirely separate reasons, it can be seen from the study above that if video games are played excessively, people tend to forget how to socialize effectively, which could lead to loneliness and eventually result in depression. The answer may be as simple as moderation. Parents should put limits on how often their kids play video games while also encouraging their children to spend time socializing with their peers during after-school activities.

Of course, this is only one side of the equation. For those who suffer from depression, certain video games might provide relief.

While playing Mortal Kombat or Call of Duty may not be the best for helping kids and adults who deal with mental health issues, other modified games are the tool of choice for many depression counselors. Since 1975, gamification has been a way of getting a glimpse into what a depressed person may be thinking. Counselors can also get a good idea of proper treatments for patients based on how players react to the rules of their games.

One game that has been making a big splash in this arena is SPARX, a fantasy game that allows players to become avatars that fight off negative thoughts. The gamer takes on several challenges and puzzles, and when they overcome them, the gamer gets rewarded with special skills like real life breathing exercises that they can use when they are feeling anxious or depressed. A study was completed that followed people who played the game, and it found that “44 percent of those who played SPARX recovered completely from depression.”

Of course, one way to battle depression is to try to prevent it from getting too serious in the first place by playing relaxing games that may work to pick you back up again. For example, many people enjoy playing Minecraft when they are feeling down because it creates a calming atmosphere while the player dedicates their mind to building a house or statue. Many people also turn to Zelda games because the vibrant and often breathtaking graphics of forests, oceans, and mountain ranges give them a feeling of peace.

As technology evolves, so does gamification as it helps those with depression, combined with AR and VR revolutionizing the landscape. For those not in the know, VR or Virtual Reality transports the user to a virtual world, while AR or Augmented Reality is a modification of the real world. With these new advancements, the user can put on a headset and let their imaginations run wild, all in an effort of improving their overall wellbeing.

Many counselors are using virtual reality treatment to help those dealing with PTSD. One method that has found success involves having the patient enter a virtual world where they are met with situations that trigger their PTSD as a form of exposure therapy. While they play, a counselor stands by and helps them cope so they can eventually move past their fears in real life. Another virtual reality experience that has been making waves involves an experience where the individual enters a virtual world where they have to calm down a crying child. While they calm the baby, they are really comforting themselves, which makes them feel better overall.

Another virtual reality game that is taking the counseling world by storm is DEEP-VR, which is a VR environment that you control with your breathing. The game is set within the ocean, and as the gamer breathes, they either rise or sink lower and the deeper you go, the more amazing sights they see in the virtual world. Ultimately, the goal of this game is to understand our emotions and ride through them instead of letting these feelings fester and become depressing thoughts.

One of the biggest AR games of the last few years is Pokemon Go. This game had Pokemon creatures inhabiting the real world for the players to catch and collect. What is great about this game is that it had players leave their homes and interact with others while they find their Pokemon. The innovation did not go unnoticed, and psychologists are starting to see the benefits that such games can have for those who feel lonely and isolated.

This is the great thing about the video game industry. Not only are tech advancements allowing the release of bigger and better games, but designers are also using their talents to help those with legitimate mental issues. It is truly a wonderful thing, and it makes us think about what amazing advancements will come next!