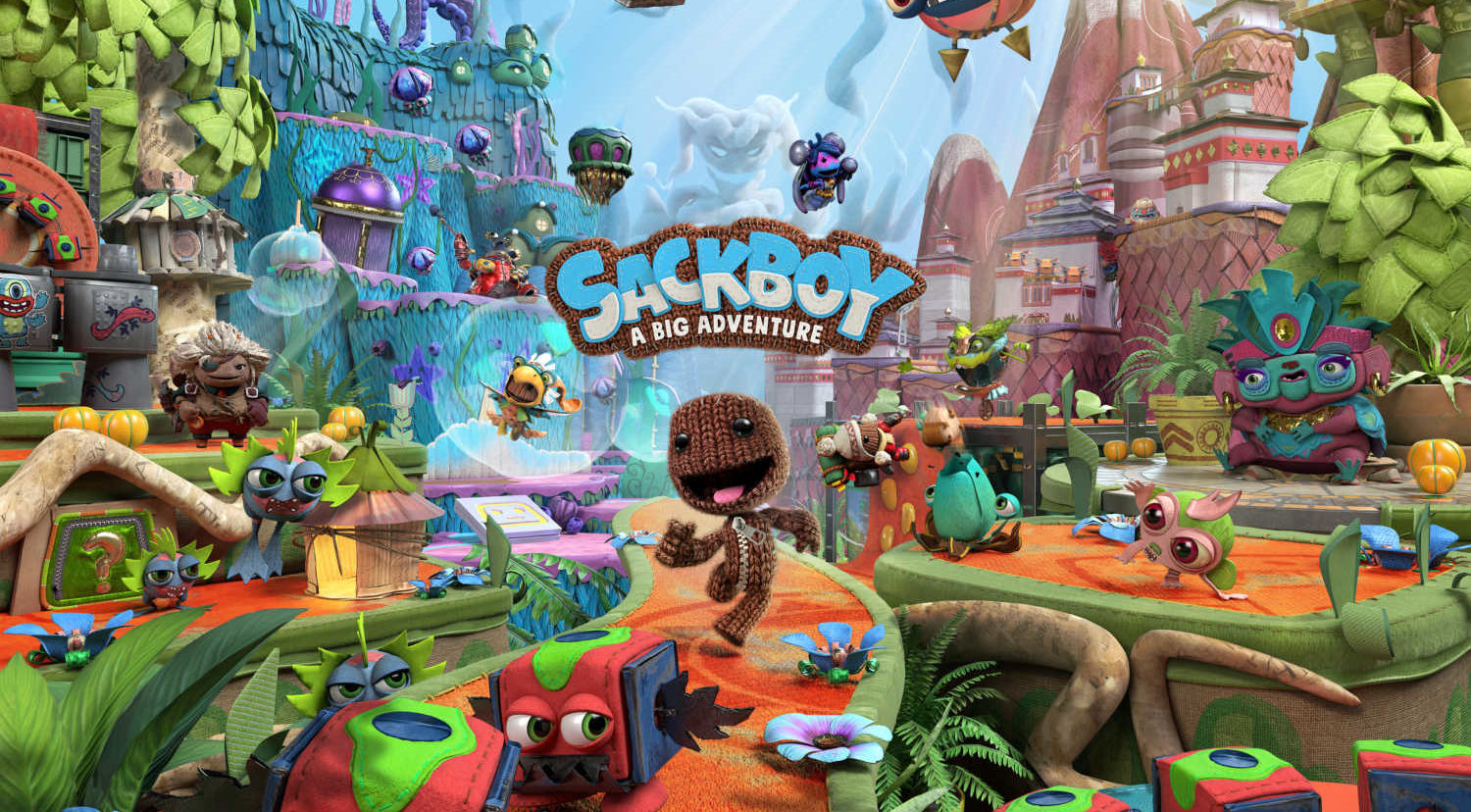 Although Sackboy has remained a prominent mascot of the PlayStation brand since his debut on the PS3, he has not taken on the lead role in a game for quite some time. With his loveable charm and adventures that are brimming with creativity and cuteness, it is exciting to see what is ahead of us for his next adventure.

LittleBigPlanet was primarily a side scroller. Later games did try to shake it up a bit with the introduction of some first-person elements but at its core, it remained a side scroller. The format worked well but it was clear that LBP 3 was the peak of where the game could go while still staying true to its roots.

Sackboy: A Big Adventure has adopted a more traditional 3d platformer approach. Rather than running from left to right, you have a semi-fixed camera and run around a 3d world, not unlike what you would experience in the 3D Super Mario games like Odyssey.

As you may have expected, this game is a cuteness overload. Sackboy’s innocent, adorable nature will have you awwing at all his little outfits and facial expressions.

The worlds you visit are just as cute. The design feels a little like LittleBigPlanet in that the characters and items seem to be made out of fabric, paper and other random materials that you would find lying around the house. The difference is that they seem to be a little more well made. Without the constraints of an in-game level editor to create the worlds, the developers have been able to make worlds that have a higher level of polish than we had in LittleBigPlanet.

One of the best parts of the level design is how they often have music woven right into the fabric of the level itself. Characters dancing to the beat, platforms and obstacles moving based on the song. Funny little characters popping out of windows during parts of the uptown funk chorus. The effort put into these levels is delightful and makes it a nice treat when you start a new music-themed level.

Platforming is the main challenge in the game. You must navigate over traps, pits, fire and many of the standard obstacles a platformer would throw at you. Enemies get thrown into the mix now and then but are generally quite easy to kill. They only become difficult when you are dealing with other issues and have them running at you at the same time. They do get more difficult as you progress but never really become a major hurdle for progress.

There are several levels that contain boss fights. Unlike the other enemies in the game, boss fights will hinder your progress and can be far more challenging. You won’t find yourself bogged down like you might in Demon’s Souls, but expect to die once or twice as you try to learn the attack patterns.

There are various weapons and moves that you learn throughout the adventure. The game has a nice way at introducing them at the right time. Just as you start to feel a little bit of repetition with the level design, a new mechanic is introduced to spice things up a bit.

One aspect that was a little disappointing was the puzzles. There are plenty of hidden areas that you look out for but there are very few puzzles. When you do encounter a puzzle, solving it rarely involves a second thought. The solution is obvious. This may be due to the game targeting a younger audience but you won’t be scratching your head too often.

Replayability is always a challenge for games like this. Once you have completed a level, there is little reason to go back unless you are a completionist. While this game does make a few attempts by leaving some unsolvable problems in the early levels for you to come back once you have the knowledge. You are unlikely to get the urge to go back and 100% every level.

There isn’t a whole lot you can say about this game that is negative. There can be some level repetition and lack of replayability but these are common problems with the genre and less of an issue with this specific game. As far as 3D platformers go, this is a damn good game!

8.5/10
At its core, Sackboy: A Big Adventure is a well-polished 3d platformer that has a lot of style and a very unique charm. It has pushed Sackboy even further into the realm of respected video game characters. The creativity we see in the level design may not have made its way to the puzzles but this does not stop this game being a great game to play on your shiny new PlayStation 5.
Pros
Cons