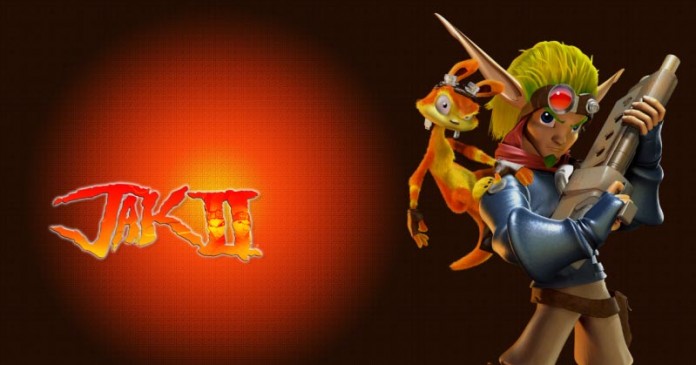 Generally HD remakes do quite well for the 3D considering that the game was built to run on the Playstaion 2 there are a lot of system resources left on the Playstation 3 to easily run these games with improved textures and 3D. This is not the case for Jak 2! The games 3D is by far the most lazy attempt at 3D I have seen in a game. The depth is very weak even when the setting is turned up high. I ran the game in 2D and used the 2D – 3D option built into my TV and the 3D depth wasn’t much different. This alone is enough to show that the developers have ran a basic function to convert 2D to 3D on the fly and havnt taken the time to go and add anything special to make the feature worth while.

The first and most common issue I found was with quick animations. When Daxter talks his mouth usually moves quite fast and this generates a weird effect with the 3D that’s quite uncomfortable to look at, this same issue is found with screens or anything in the game that flickers. The effect is very hard to look at and hurts the eyes when you are flying around the streets and there are multiple screens in the area.

The game suffers quite badly from jaggies. Edges of straight objects have very thick jagged edges which dont get converted into 3D. This means that a bookshelf at the back of the scene will have the centre part in the background and then some jagged edges showing up at the front of the screen since they arent in 3D. This is also quite hard on the eyes to look at. The effect becomes a big problem with small objects like spikes or objects in the distance when the jaggies from either side get close toGether and it makes the object difficult to look at.

The game contains a few platforming scenes where you are required to move quickly. When running through areas with tight platforming for the first time it gets very difficult to know where you are going since its very hard to tell which direction the platform is sticking out since the depth is all over the place. There is a level where you are getting chased inside a fortress by a tank. The tank is pretty quick with its attacks so you need to run quickly. I tried this several times and had to turn off the 3D to be able to complete the level. This is not what you want in a 3D game as it not only ruins the fun of 3D but also ruins the game.

Overall the 3D is a huge let down. Most of the time it doesn’t take away from the game but it also doesn’t add anything to it since the effect is weak even at 100%. There are times where you need to disable the 3D and this is a huge let down since it shows the developers didn’t care enough to do it right. If the developers didn’t believe in it enough to do it right then there is no point in wasting your time using it.