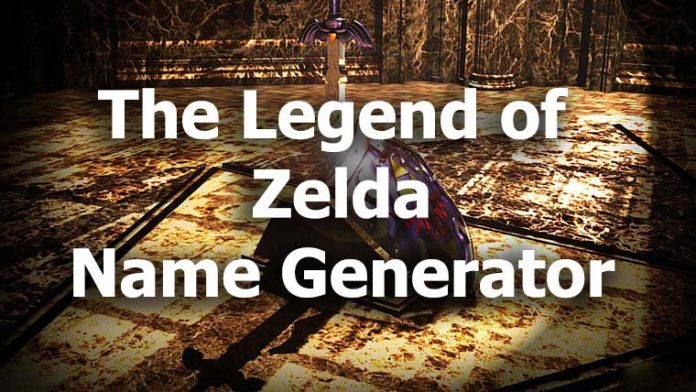 The Legend of Zelda games have always allowed you to pick a custom name for your save file. This name would then be used when characters in the game spoke to you. This made for some pretty hilarious situations where someone would be able to sneak something inappropriate past the filter. If you don’t want to use your name but would rather something different, this Zelda name generator will be useful for you.

While these names may not fit for a save file on your next playthrough of a Zelda game, they can be used to generate a cool Zelda themed name for a forum profile or online account for a gaming site.

Clicking the button below will generate a random username that is based around some terms and names from the Legend of Zelda universe. The algorithm is completely random. Keep pressing the button and it will come up with a random name for you.

The generator above will keep coming up with lots of random Zelda name ideas for you. Here are some of the cool names that have been suggested. You can mix these with your own ideas or with other suggestions that the tool has come up with

As one of the greatest and most long running video game franchises of alll time, this tool should remain usefull for quite some time. As future games get released, I can keep the tool upated with new words and references from future games. If anyone feels there is additional content that can be added to improve this, please let me know