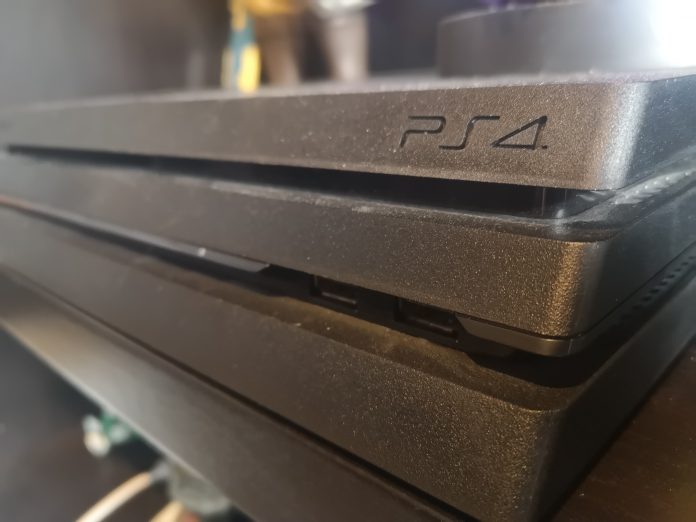 You attempt to turn on your PlayStation 4, it beeps once, the blue light turns on briefly and then it shuts off. You press the power button again and there is no response. Every now and then, after you pull out the power cable it will beep again and appear to start up but immediately shut off again anyway. Is the PS4 dead?

This problem is typically due to the power supply of the PS4 and is known to affect the launch model, the PS4 slim and the PlayStation 4 pro. The worst-case scenario is that the power supply has failed, but it can often be something smaller. If your PS4 is still in warranty, you can follow some of the simple steps below but do not open it up. If you are in warranty, get Sony to repair it for free.

Problem Solved – After lots of research and time spent looking into this, I solved the problem. I did not need to purchase a new power supply either. I opened up the PS4 and found that the X clamp for the CPU was not on tight. I was able to tighten a screw with one full rotation with no force and an additional half turn with some force.

I had a PS4 Pro. It had almost no dust inside and was never moved. It always stayed in the same place and was looked after well. It did get a lot of use and I am thinking heat was the problem here causing things to expand and contract.

If you have any PS4 model that beeps once but will not turn on, check out the steps below. One of these will likely fix it for you. Worst case scenario is that the power supply is dead. You can easily replace these on your own.

Remove the power cable and wait a few minutes

The power supply stores a small amount of charge, even when you remove the power cable. Remove it and wait a few minutes. This will give time for the power to drain out of all circuitry and be fully dead.

While the system is plugged out, press the power button a few times. You will hear it beep, even though the system is not plugged in. This is not a sign of an error, it will just be a way for you to speed up the power draining from the system. Once it stops beeping, leave it alone for a few more minutes before plugging it back in and attempting to power it up again.

Using a USB cable, connect a controller to the PS4. Press the PS button on the controller and see if it causes the system to start up.

If you are like me and already had a disc in the drive when the system died on you, this step will have to be one you skip. Pressing the eject button may trigger the system to look like it is about to power on but then turn off. Some people have reported success in trying to insert a disc. It will cause the system to wake up.

Turn the Console on its Side

Seems like a weird one considering the PS4 isn’t really meant to be stored on its side. This isn’t permanent though. Just turn the system so it is standing on its side. This is the classic PS2 way of storing the console. This may dislodge some dust or any particles inside that could be causing a connection to go bad.

Blow all dust out of air vents

Along the side of the console, you will see a strip that contains lots of air vents. This allows cold air to come into the system and hot air to escape. Since maintaining a cool temperature is critical to any computer, dust and dirt blocking these vents will cause it to overheat and cause trouble. Make sure there is nothing blocking these.

Turn off TV before turning on the Console

This may be a simple glitch with the HDMI output. If you turn on the PS4 first and then turn on the TV, it may work fine. It shouldn’t be a long term problem, might just be a one-off glitch.

Connect to a different TV

HDMI has gotten a lot more advanced than it was in the past. Particularly with TVs that support ARC. With a return channel, it can interfere with the system starting up. If you have a different TV available to you, you should try to plug the PS4 into this TV and see if it will start up as normal.

Give a slight tap near the power connection

If your system has been sitting on a counter, untouched, you wouldn’t expect this to be a problem but a slight tap can dislodge some dust or any bad connection that could be causing the system to fail to boot properly. Please be careful here. A tap is fairly gentle, do not go punching the damn thing!

If you hold the power for 10 seconds or so, it should trigger a double beep. In our case, the system is failing to respond to any input. It is pretty much dead and gone. Holding it for 30 seconds can cause a complete drain of all electricity built up in the power button and internally to perform a hard restart. At this point, you should have performed enough to make sure there is no power left, but it is a simple thing to do and can’t hurt to try. It has worked for some people.

Remove and Reinsert the Hard Drive

The hard drive is easy to access on all PS4 models without needing to void the warranty or having to take the system apart. Sometimes, if the HDD connection is loose, you will get the blue light with a single beep. The problem is most often associated with the PSU, but it can also be fixed by simply removing the hard drive and inserting it back in again.

You will not lose any data stored on the drive-by doing this, it is perfectly safe. Just make sure the system is not turned on when you do this.

So you have tried all of the steps above and nothing has worked for you. This is not the blue light through. This can still be fixed and may not cost you a penny. This exact problem happened to me and none of the steps above worked. The steps below did work, however.

I would not recommend anyone do this if you have a PS4 that is still in warranty. Taking the PS4 apart will void your warranty. If you do this and none of the steps below work, you will end up having to pay to repair it. Right now, it will be free for it to be repaired by Sony. Do not risk voiding the warranty, send it away to be repaired for free.

Remove Dust From Inside The System

Some people open up their console and can hardly find the hardware under all of the brown dust and dirt. High powered electronics are dust magnets. A huge amount can build up inside the console, restricting airflow and causing the console to overheat. If your system is clogged full of dirt and dust, it will be the cause of your problems.

Take apart the system and use compressed air to remove as much dirt as possible from the system. There is no need to completely break the system down into every component. Just take off the shell to be able to blow the air out of the fan and away from the CPU. All of the heat comes from this.

When you take off the back panel, you will find the power supply is screwed into the case. When I opened my PS4, I found two of these screws were very loose. I unscrewed them anyway and removed the PSU to check for dust anyway but these screws being loose could have caused the PSU to slip and have a bad connection.

This might sound complicated but it is not that bad. This was actually the fix for me. With the PS4 Pro, there is a large X clamp holding the CPU firmly against the mainboard and giving the heat sync a good connection to get rid of the heat. I found that one of these screws was very loose. Enough to turn a screwdriver one and a half rotations.

Hopefully, you didn’t get to this step without fixing the problem. If you did, then it sounds like the power supply for your PlayStation 4 is dead. The price can vary but they tend to be around 80-100 on Amazon. Quite expensive when you consider the price of the console to begin with.

You should have already removed the power supply in your attempt to fix the problem. You literally need to buy a new one, remove the old PSU and pop the new one in.

If you are going to go down this road, make sure you purchase the correct supply for your model of PS4. There is a different power supply for each model of console. They are not all compatible with each other.