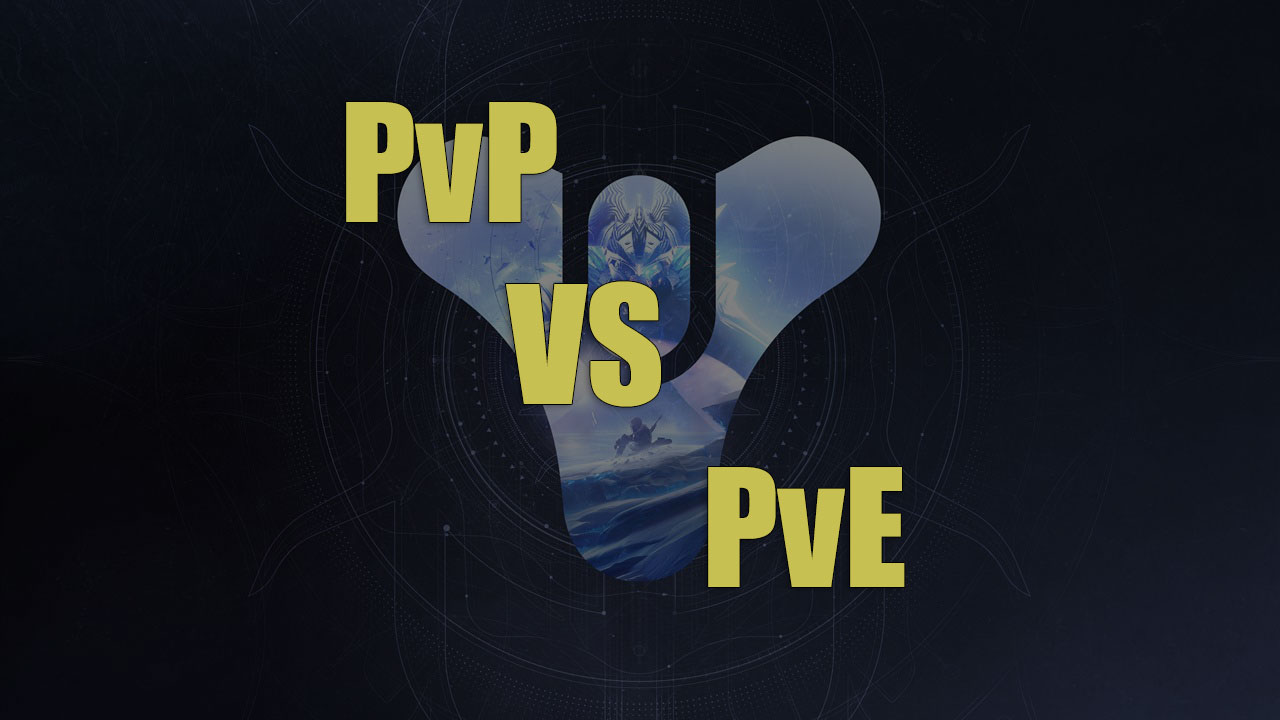 If you have spent any amount of time looking over Destiny 2 game guides, you will often notice references to PvE and PvP when it comes to game modes and activities. If you are new to online gaming or have spent a lot of time on one particular type of game, you may not have ever heard of these terms. Here is what they mean.

PvE and PvP are not Destiny-specific acronyms, they are commonly used across many online video games.

When speaking in reference to Destiny 2, Crucible is the most popular PvP game mode. Iron Banner is then a sub-type which is also PvP. Whenever you are killing other human players in a game, the game type is going to be considered PvP.

You can probably guess what this means. The environment in this context means AI enemies. This covers the vast majority of game modes in Destiny 2. You are teaming up with other human players to fight against AI-controlled enemies.

There are a huge number of game modes for this such as Strikes, Raids, Dungeons and the vast amount of the game’s story.

Gambit is a sort of hybrid game mode where it is PvE but you are competing against other players. With that being said, since you are killing AI controlled enemies, this is a PvE game mode.