In Destiny 2, the last safe city on Earth has fallen and lays in ruins, occupied by a powerful new enemy and his elite army, the Red Legion. Every player creates their own character called a “Guardian,” humanity’s chosen protectors. As a Guardian in Destiny 2, players must master new abilities and weapons to reunite the city’s forces, stand together and fight back to reclaim their home. In Destiny 2 players will answer this call, embarking on a fresh story filled with new destinations around our solar system to explore, and an expansive amount of activities to discover. There i...

This section is for frequently asked questions, help and tips. If you are looking for help relating to Destiny 2, a list of questions that people have already asked can be found below. 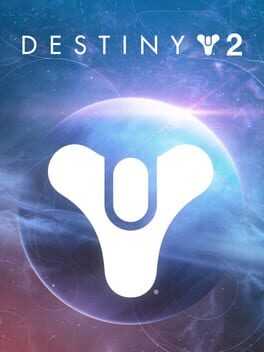 The Destiny franchise is classified as being a loot shooter. An online coop experience where players must defeat AI enemies and gather as much loot as possible to get stronger. The first game was a success with the dinklebot controversy being one of the stand out events of its history. It was a short turnaround before the launch of Destiny 2, which aimed to provide a much better experience. Destiny…
Game Guides - Questions & Answers

Destiny 2
Is there a way to increase the timer for nightfall strikes?

No matter how quickly we are during the nightfall strike there is never enough time. We have tried a few of the strikes now and every time it seems like the timer is way too strict to ever come close to getting it done. Is there a way to get more time during the strikes? […]

Destiny 2
What is the Spinfoil Hat used for?

I’ve picked up 2 of these spinfoil hats from the treasure maps I bought of cayde 6. It says something about caydes odds and ends but I got no quests for picking it up. What is the Spinfoil hat used for?

Destiny 2
How do you do a strike mission?

When I look at the map for any of the planets I can only ever do the orange colored quests and the public events. I checked all of them and I can’t find any that are marked as strike missions. I have heard a lot about these and want to be able to do them. […]

Destiny 2
What Can I Do With A Legendary Engram?

I completed a heroic public event and in the chest, at the end, I got a legendary engram. It says that it is worth a lot in power levels, but It isn’t something that I am able to equip. What am I meant to do with this? What do you do with a legendary engram?…or […]

Destiny 2
How Do I Get The Coldheart Weapon

I preordered the game and entered the code that came inside the game box for the coldheart weapon. It redeemed sucessfully, but when I load up the game, the weapon is not in my inventory. How do i get the gun? Is there a quest for it or something?

Destiny 2
How Do You Get a Hover Bike?

On a few occasions I have come across a hover bike (usually on fire) when roaming around the map. I can drive them and they are really cool. I thought they were just part of the game, but then I saw 2 guys equip a bike out of nowhere and drive off. How do they […]

Destiny 2
How Do You Create a Clan?

I saw a tip in the game that says you can get some nice bonuses and in game perks for joining a clan. I would like to just create my own clan since I don’t have any invites to existing ones. I have looked around the clan menu and I dont see any options that […]

Destiny 2
How To Get Heavy Weapon Ammo In The Crucible?

There have been a few times that I have been 1 shot killed by people using a rocket launcher or some other heavy weapon. I have played a lot of games now and I have yet to obtain any ammo for a heavy weapon any in Crucible matches. Other people seem to be able to […]

Destiny 2
What does the bullseye/crosshair icon on the map mean?

I have been clearing off the caves and stuff that are marked on the map with the rainbow icon and I have spotted a bunch of other icons that look like a crosshair. A dot with 4 curved lines around it. I have gone to the location on the map for a few of them […]