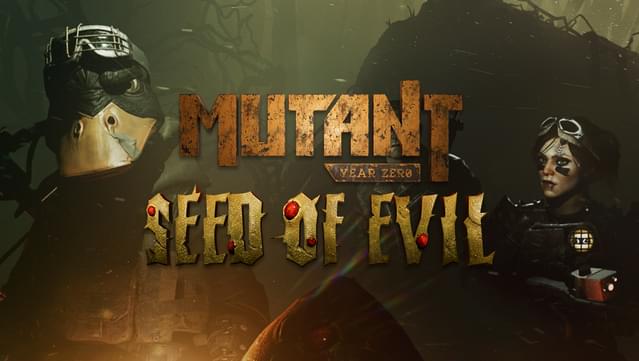 Seed of Evil picks up where the story left off in base game of Mutant Year Zero. It is quite rare these days to see a story continue on as part of a DLC expansion rather than building an entirely new game for it. For those who have not played Road to Eden, you must purchase this game before you can play Seed of Evil as it is not a standalone expansion.

Seed of Evil will put you right back where you left off with Road to Eden. All of your character stats and load outs will remain the same. If you are just getting started, the game does auto generate characters for you if you wish to jump straight into the expansion without playing the base game. This isn’t worth doing though.

Since the expansion is directly tied to the base game and when you also consider how story driven this game is, you should play Road to Eden before you play this expansion. The story will make very little sense without knowing the background from the main game. Since the story from Road to Eden is awesome, you shouldn’t see this as much of a chore.

There haven’t been many changes made from a gameplay side of things. The combat is still great and since you get to keep all of the gear you earned from the first game, you will transition into this very easily.

What has changed is the situation the mutants find themselves in. The mystery of Eden has been solved, they should be able to kick back now right? Unfortunately for the group, there is no rest. Large vines and wooden creatures have taken over the wasteland. The growth is poisoning the wasteland…it was already poisoned so it’s not like it is going to wreck much? Well it’s wiping out settlements and has become the biggest threat to what is left of civilization.

Where is this all coming from and what can we do to stop it? I best not answer that part, you will need to play the game to figure it all out!

Seed of Evil is the exact same thing as Road to Eden. All that has changed is there is a new story. If you loved Road to Eden, you will love this, if you hated it, then you probably shouldn’t play this. If you are not sure whether you will like this or not, check out my Road To Eden review. This will give you an idea of what to expect from this game in terms of gameplay and setting.

8.5/10
Seed of Evil is a great story to expand on a fantastic post apocalyptic universe. Nothing has really changed in terms of the gameplay. The original pros and cons still apply. This DLC delivers everything you would expect from a story based expansion and is a must have for any fans of the original.
Pros
Cons