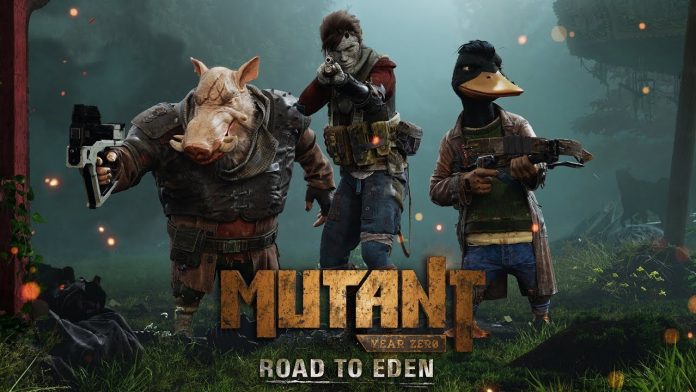 The world has been ravaged by war, modern civilization has been completely wiped out. What remains within the rubble of this post apocalyptic world is a very unusual take on the genre. Creativity shines through the gritty wasteland to give a certain charm that is very comparable to the Fallout franchise. Mutant Year Zero: Road to Eden turned out to be a welcome surprise.

A lot of comparisons are made between this game and XCOM. The only similarity you will get between them is that they are turn based. Road to Eden is a completely different experience and is highly unusual.

The game is set in a world that has been completely destroyed by war. Remnants of old technology exist amongst the ruins. It would seem that most knowledge of the people that lived before the war have been lost, as a character once suggested a combine harvester was an “ancient war machine”. 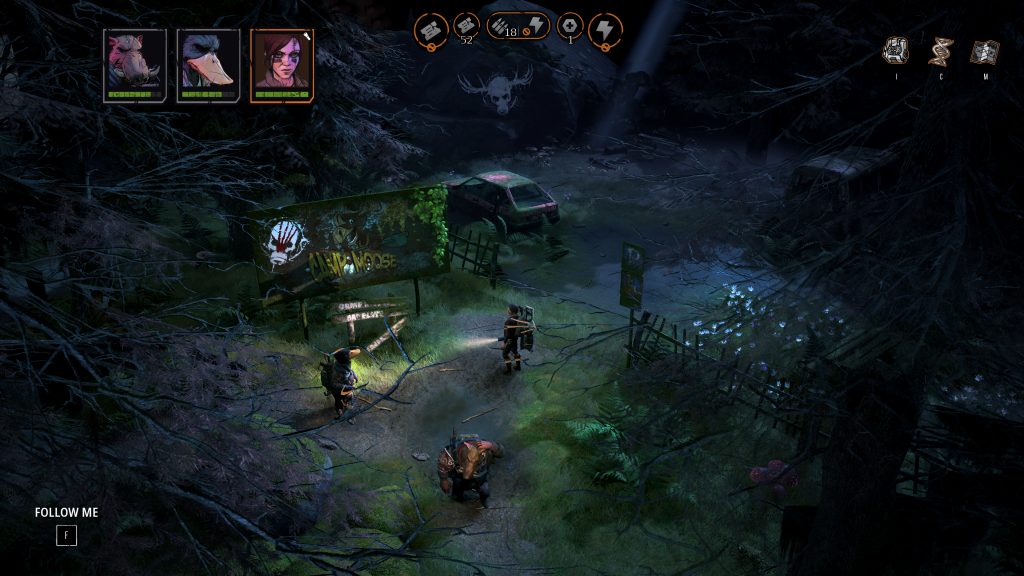 The time before the war is not explored in great detail as the current goal is to reach Eden. A mythical location that has the answers to all of the questions. As the player of the game, we know that this location is some kind of bunker/research location that was built before the war. What it is and what goes, on is the mystery that drives you on.

The biggest thing to stand out in this game are the characters. A human sized duck, boar and fox sure help this game stand out from the typical wasteland warriors. It almost feels like post apocalyptic character line up that Nintendo would come up with. There is plenty of interesting content within the game to back up this unusual lineup of characters.

The characters each come with unique perks. The hog, Bormin, is the muscle of the group and can charge enemies, knocking them out for a short period of time. The duck, Dux is more of a long range stalker. Unfortunately, the skill trees for the characters are very small, so small that it makes the entire leveling system seem pointless. There are only a few skills that stand out as having an immediate benefit, the rest are just useful “when the time comes”.

After 40-50 levels, you will have gained 1 or 2 health points and nothing else. Each level gives you a skill point which you can spend unlocking one of the 7 skills each character has. The 10 or so health points you have by the end will not stack up against the 30 or so that the standard enemy has. You will end up crapping your pants when you come across some of the more gigantic enemies.

The game really needed to expand upon the character building mechanics. A far more robust talent tree is needed to allow people to take on different play styles. Short range, long range, stealth or just guns blazing. Everyone has their own style but the game doesn’t give you much room to be creative.

Road to Eden is a turn-based tactical game. For those unfamiliar with the genre, one you engage in combat, you take turns in attacking. You can move your character once per turn to find new cover or to try and flank an enemy. Once your turn is over, the enemy has their turn and they will attempt to do the same.

The game does nothing out of the ordinary once you have engaged in combat, but it is a little different prior to this. You have full control to run around the map with your characters. No clicking and waiting. You move the thumb stick for a regular 3rd person experience. This allows you to set up an ambush. Move one player up into the top floor of a building for a good view. Have the other two characters split up and hide in areas that surrounds the enemy. It gives you a really cool way of triggering a fight that really enhances the tactical aspects of the game.

What sets this game apart from others and the biggest issue with this game is the lack of ways to take out enemies while in combat. Having spent two or three hours getting killed in the smallest of battles, I learned there is only one way to play this game. One way to approach every single battle and you must rinse and repeat the same process every single time.

This comes back to the flaws with character progression. This game will only allow you to play by slowly picking off enemies one at a time. Taking on groups of three or more enemies is more often than not, impossible to win until the later parts of the game when you have found good enough armor. The tactical approach is cool as you must sneak around the area, picking off enemies silently as they patrol the area before you end up taking on the group, but its just so much repetition.

Silent weapons do not do much damage. A pistol with a base damage of 4, will not allow you to take out an enemy with 25 health quickly. Once your turn is over, the enemy will alert nearby enemies and you will get surrounded and killed.

Bormin has a skill called Hog Rush. It is an attack that will have you charge at an enemy, knocking them to the floor and they will be unable to attack for 2 turns. This gives everyone on the team two rounds of attacks to kill the enemy before he wakes up and alerts everyone nearby. It is normally enough to get the job done, but it gets boring. Since this is the ONLY way to take out an enemy silently and it is close to impossible to take on a large group of enemies, you must stick to this formula time and time again.

To a certain degree, this tactic is fun. The problem is that you will get bored doing the same thing over and over. Defeating a high power enemy is part of your objective, you must defeat him to continue. There are 8 enemies patrolling the area. This means you need to do the same thing, 8 times before you can face the boss. If the game is going to force you to use stealth, they could at least give you more variety in how you go about it.

Once you are coming toward the end of the game, you will have upgraded your silent weapons, found some armor that offers you good protection and have other weapons capable of doing 10+ damage. Combined with some new skills that you will unlock from new characters in your party, you can start to alter your combat approach.

Cool abilities like mind control can do a lot to turn the battle in your favor. Silently take control of an enemy, have all the other enemies blow the crap out of him while you sit back and watch the chaos. There was definitely a massive change in the style of combat in the latter part of the game. It is hard to understand why this wasn’t something the game would let you do from the very start.

The reason you keep playing is because this world is so much fun to explore. It always feels like there is some cool mystery just around the corner. You will be reminded of Fallout in many ways. There is still fun and mystery amid the chaos and ruins. The depression has been taken out of the world as we know it coming to an end. Having a great sense of humor helps make the wasteland exploration more enjoyable.

The fight to survive and the unexplored mysteries keep you going in this game and doesn’t dissappoint. There are lots of lines you could draw between the story of this game and that of Horizon Zero Dawn. For those who are into that type of Sci-Fi, you are likely to get a lot of enjoyment out of Mutant Year Zero.

8/10
Road To Eden is a fantastic addition to the turn-based genre. A unique world with an unusual lineup of characters will capture your interest and keep you enjoying things until the very end. While the combat can get boring and repetitive, the story and other aspects of the game keep you engaged and prevent you getting sick of it too easily. This franchise has a very promising future.
Pros
Cons