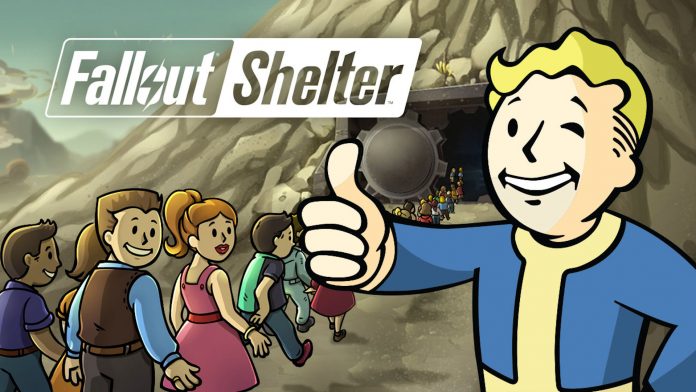 As someone who did not have access to an iOS device when Fallout Shelter first released, I eagerly awaited the release of the game on Android devices. Based on all the media previews and gameplay videos it was clear that this game was going to be an addictive one..my prediction was very much correct!

Fallout Shelter is a free to play management simulator where you are placed as the overseer of a vault-tec vault. You must look after all citizens of the vault to make sure they live happy lives to prevent them ever discovering that they are your slaves. You can construct various rooms to provide food and water to keep your dwellers alive and power to make sure everything can run correctly. For those who are familiar with the Fallout series, you will be immediately familiar with pretty much everything in the game. The look and feel perfectly matches the Fallout universe and is ascetically pleasing. 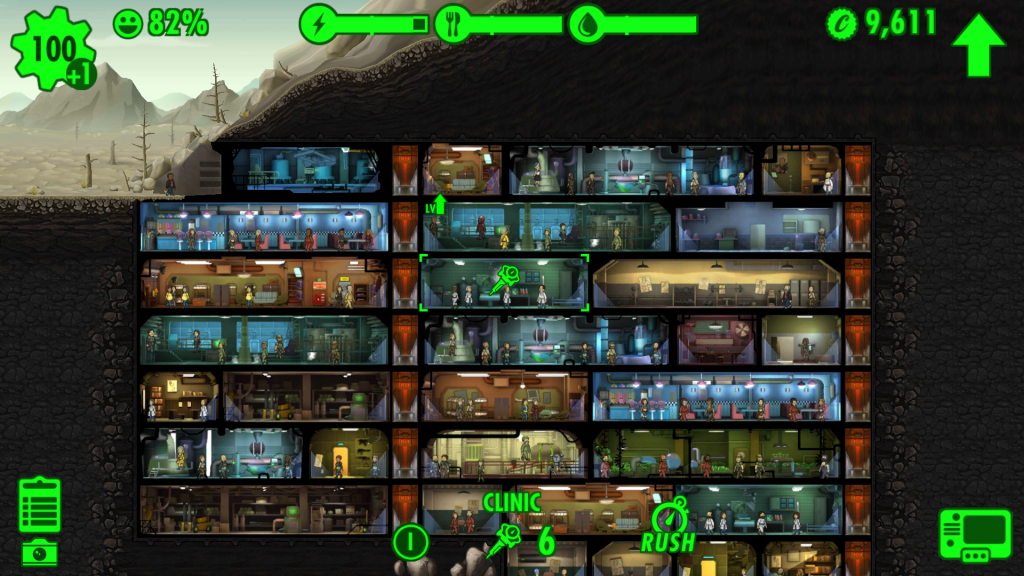 There isn’t much to the game in terms of controls. As a touch screen game you tap rooms to collect resources, touch and drag to move dwellers around the place and that’s about it when it comes to gameplay. Even though is very simple I do find that it is far too sensitive. I am often moving dwellers into rooms by accident or closing menus because the tabs are too strict on the touch zones. Its not a big deal once you get the hang of it and get more accurate with your touches, but at first it is very annoying.

The main goal of the game is to build an efficient vault where everyone is happy. In order to keep them happy you must have enough food water and electricity. To get these resources you must build rooms that produce these resources. The vault dwellers seem to happily slave away in these rooms, never needing a break and never getting unhappy because of it. At first this seems great as there are tons of rooms to build and a lot to learn, but after a week you realize that the game is a lot more shallow than it first appeared. Other than the main 3 resources of water, food and power there is nothing left to collect. You can build more and more to increase efficiency, but once you have 100 dwellers in your vault there is nothing left to unlock. I did spend some time making things more efficient, but it gets boring.

Like all past Fallout games, bottle caps are the main currency used. You use caps to build new rooms and upgrade existing ones. Caps are surprisingly easy to gather and for a free to play game, they aren’t something that you can currently buy using real money. You get caps for doing pretty much everything, so you will rarely find yourself broke for long periods of time. The best way to get caps is to send dwellers out into the wasteland.

Sending dwellers out into the wasteland was probably the most enjoyable part of the game for me and is the only reason I still play the game. By dragging a dweller out into the wasteland they will go off and explore to look for weapons and armor. The longer they stay out, the better gear the find and the more caps they pick up. Stronger characters can stay out in the wasteland much longer. Stronger gear allows you to fight off attackers easier and improves overall vault efficiency. There is no mini game related to exploring the wasteland. It would have been a lot of fun if you could engage in mini games that earned bonus caps and gear such as fighting off some enemies or solving puzzles. This would definitely add to the overall fun. 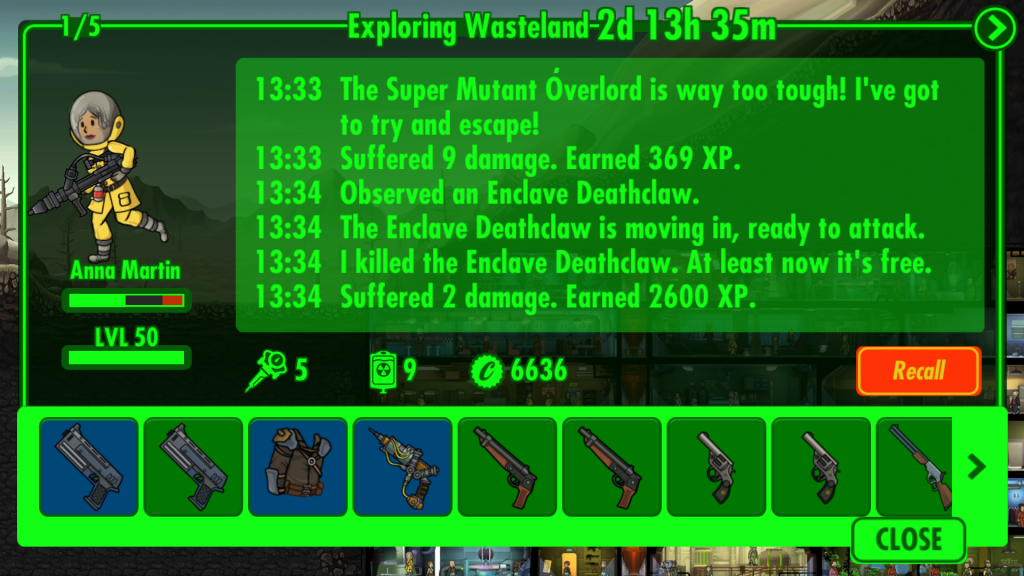 As far as free to play games go, Fallout Shelter is one of the best free to play games I have ever played. Not once does this game try to get you to pay money for anything. If you want to there is a store that will let you buy things to make things quicker, but they never stuff it in your face. This was the best thing about the game. On top of this, there is really no need to pay any money. Everything can be done quite easily without paying. Sometimes with free to play games you are given the short straw unless you pay up, but with Fallout Shelter, there is no real drawback to not paying money. In saying that, I spent 2 or 3 euro buying a few bits from the store to make things more fun.

7/10
Fallout shelter is an enjoyable game. When you first start playing it will be incredibly addictive, but after a week you will start to get bored. The game offers very little outside of building rooms, and once you have built them all there isn’t much of a game left to play. I have no doubt that the game will get dozens of expansions over the next few years that make this game a lot more fun than it already is, but for the moment the fun will last for about a week. Since it’s free I don’t see any reason why you shouldn’t download this game. You can get a solid week of enjoyment out of this game for no money at all.
Pros
Cons