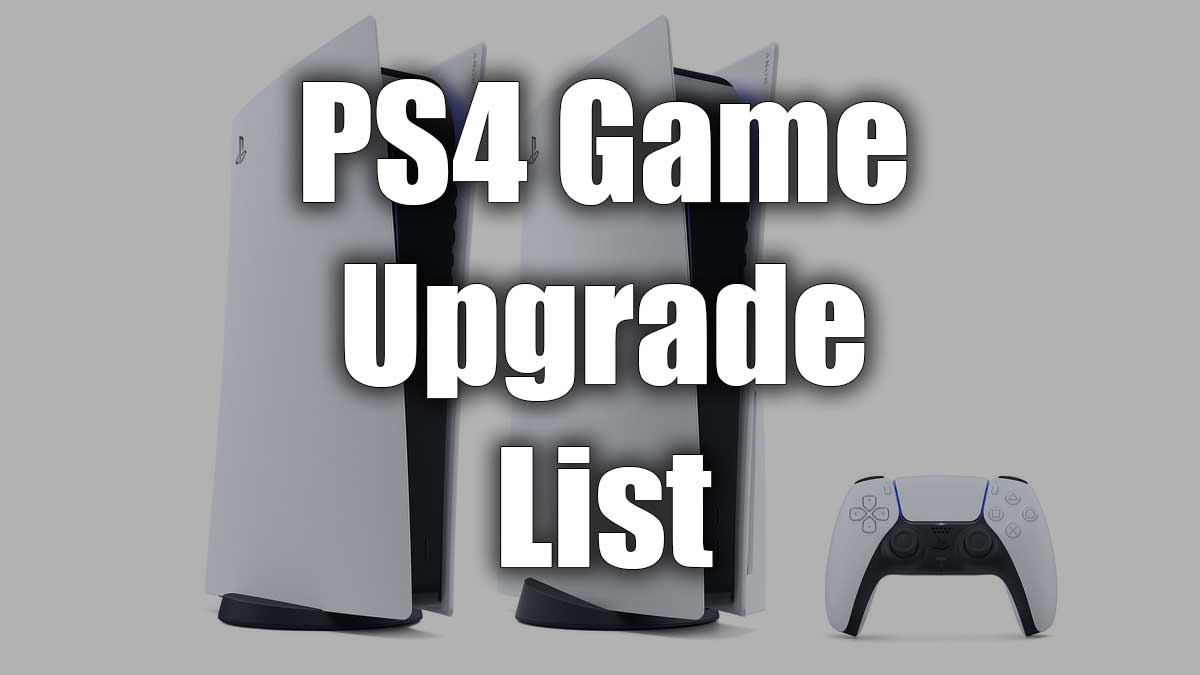 The launch of the PlayStation 5 comes with added excitement in the form of backward compatibility. All of the PS4 games you own will be playable on the PS5 without needing to pay for another copy of the game. However, there is, even more, to be excited about. A selection of PS4 games will be getting an upgrade to take advantage of the increased power that the PS5 has.

When the PS4 Pro launched, we saw several games get a patch that gave them increased performance to take advantage of the improved hardware. We will be seeing a similar approach with the PS5 but in some cases, we may end up seeing an entirely new download that will offer a new set of textures and assets to make the games you love look even better!

Since the launch of the console is still down the road, we do not know for sure the exact implementation of the upgrades. We may get a patch that downloads automatically, we may get a downloadable DLC on the PS Store, similar to what we had for the HD texture pack with Borderlands. We may even see an entirely new game that is unlocked for free if you own the game on PS4 as we saw with the Minecraft upgrade for PS4.

Note: I will update this table as new games are confirmed and as developers announce the performance metrics we will get for the various games on PS5. For the moment, you can expect 4k 60fps for the majority of PS4 games that are getting a PS5 upgrade.

Note: Some of the games above are missing performance metrics on PS4 and PS5 because the games have not yet been released.

We do not have confirmation on this yet, however, we expect it to be different based on the game. In the past, we have seen 3 different methods of game upgrades and we suspect all of the PS4 games that are getting PS5 upgrades to get upgraded using one or more of the following methods.

Will PS4 Games Look Better On PS5 Without a Patch?

We saw a boost mode introduced with the PS4 Pro that would result in increased loading times, frame rate and other minor performance benefits for PS4 games that had not been given a patch for the PS4 Pro. We should see a similar thing introduced with the PS5 that will allow us to get some minor benefits from PS4 games when they are running on PS5.

Upscaling is something we often see where 1080p can be upscaled to 4k. The result is never as good as a game that gets an update and in some cases, it can look worse. This is another feature we may get on the PS5 to improve backward compatibility.

PS4 Games Getting a Paid Upgrade

As good as the list above is, it is not all good news. We have already gotten word of games that are going to be getting a PS5 upgrade that is not going to be free. The list below will contain a list of PS4 games that will be ported to the PS5 with improved performance and graphics but will not be done for free. This will be similar to those who purchased GTA 5 or Skyrim on previous generation consoles and still had to pay to get it again on the PS4.

For the moment, we just have the one confirmed game that owners of the original game will need to repurchase.

If you know of a PS4 game that has a confirmed upgrade for the PS5 and we have not included it in the list above, please leave a comment below to let us know so the list can be updated.