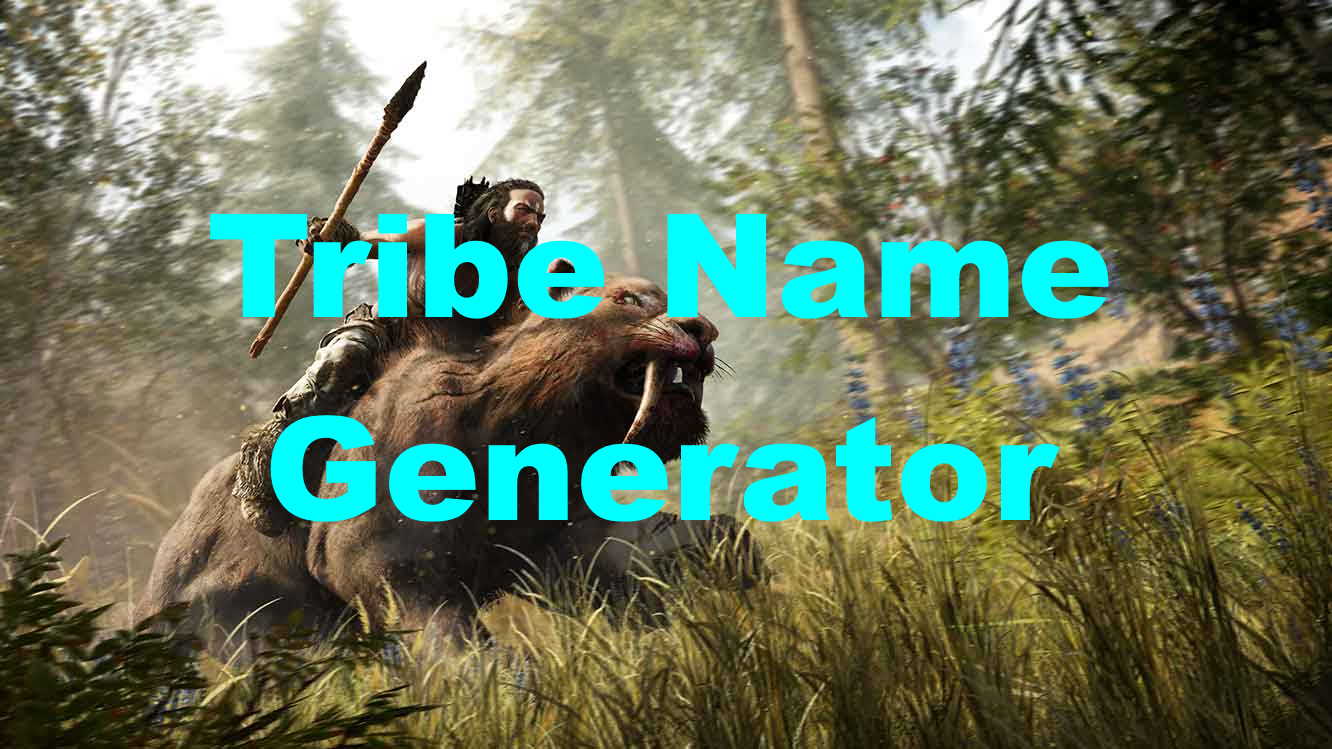 A tribe is a collective term for a group of people who work together to survive. It is generally a more common term used in a historic and even pre-historic setting where tribes were groups of hunter-gatherers who would build a settlement and live together. If you are working on some fiction or a gaming setting, the tribe name generator below will help you come up with some awesome tribe names.

Tribes are far less common in the modern world. The Amazon forest in Brazil is one of the few locations left on earth where we quite commonly hear of tribes. The tribe name idea that this tool generates for you are mostly focused on a more nature orientated tribe that has not embraced technology. If you are looking for something more modern, you can check out the clan name generator for a huge collection of alternative types of collective groups you can generate names for.

The tribe name generator below is perfect for anyone looking to get some cool name ideas for ancient tribes from a pre-historic setting or even a jungle or land that time forgot style story from a more modern setting.

When dealing with a fantasy world, orcs are very much like primitive humans. They live in a far more basic world with camps and hunting styles similar to those of early humans. They are often considered less intelligent than humans which is why they live the way they do when there are more advanced technologies and settlements in the same time period.

This tool will also work perfectly as an orc tribe name generator. If you are working on some fiction that involves orcs, why not check out our orc name generator to get some great name ideas for the orcish warriors that are going to be a part of this newly founded tribe.