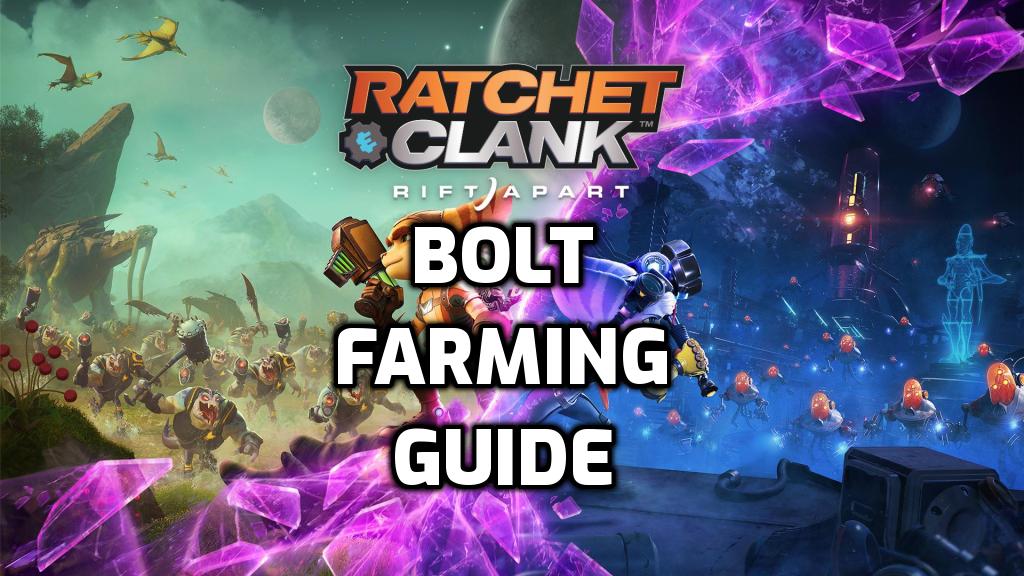 Bolts are the main currency used in Ratchet & Clank: Rift Apart. You will be collecting them in order to purchase various new weapons that come on sale from Ms Zirkon. Bolts will drop from enemies, crates and a few other common sources. If you want to speed this up, bolt farming guide is the way to make this happen.

This location can be found on the planet Sargasso. You can find it as soon as you reach the planet, not just at the point shown in the video below. Once you reach this location, you will be able to complete it over and over again in order to rack up a huge amount of super-easy bolts, especially on challenge mode.

Boss fights are a great way to grind a lot of bolts. They are not quite as easy as the location above as there is the risk of getting killed or taking damage. They are a very handy way to kill a few birds though. I have mentioned several good boss rights in my Raritanium grinding guide, some of the most useful boss locations to grind.

By repeating boss fights over and over, you will be able to collect bolts and raritanium from killing them along with some nice progression toward your weapon levels that you use during the fights. You gain a lot more than bolts from using this method but it does get very boring as the number of bolts you get each run is normally around 2000. Still useful but just time consuming if it is the only thing that you care about.

The first time you complete an event at the arena you will receive a fairly large amount of bolts as a reward. The event can be repeated over and over. You will get considerably fewer bolts the second time around but when you factor in that you will be earning some bolts from killing the enemies while taking part in the event, you can quickly use this to your advantage.

Just like the boss fight method, you will also be able to take advantage of the weapon XP that you can earn from killing the enemies in the event. This should help you get over the slog of having to repeat the same process over and over.