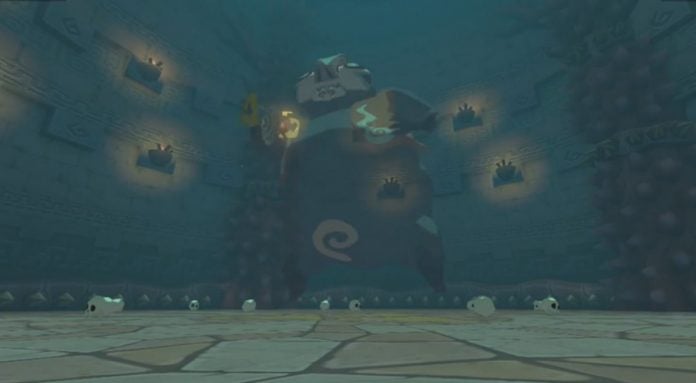 When you start the battle a bunch of smaller ghosts will all combine together to form one larger enemy. You will see that there are beams of light coming in from the roof. Stand under these and shine the light from your shield at the boss. He will immediately react and be stunned by the light. Keep shining it at him until he falls to the ground. Once he is stunned run over and pick him up. Look around the room and you will see large spiked columns, throw him at one of these columns.

Once he is thrown at a column he will explode and all of the smaller ghosts will come back out. They are already visible so you don’t need to shine any light at them. Try and kill as many of these ghosts as quickly as you can before they ghosts regroup.

Keep performing the same thing by stunning the boss and then try to kill the smaller ghosts. Once all of the ghosts are dead the boss will be defeated.

There are very little tips and tricks to know about this boss fight. He is very weak and has hardly any attacks that will cause any harm to you. You should be able to complete this boss fight very quickly with minimal damage from his attacks.

Here is a video of the boss fight that might help clear up anything if you are having difficulty.