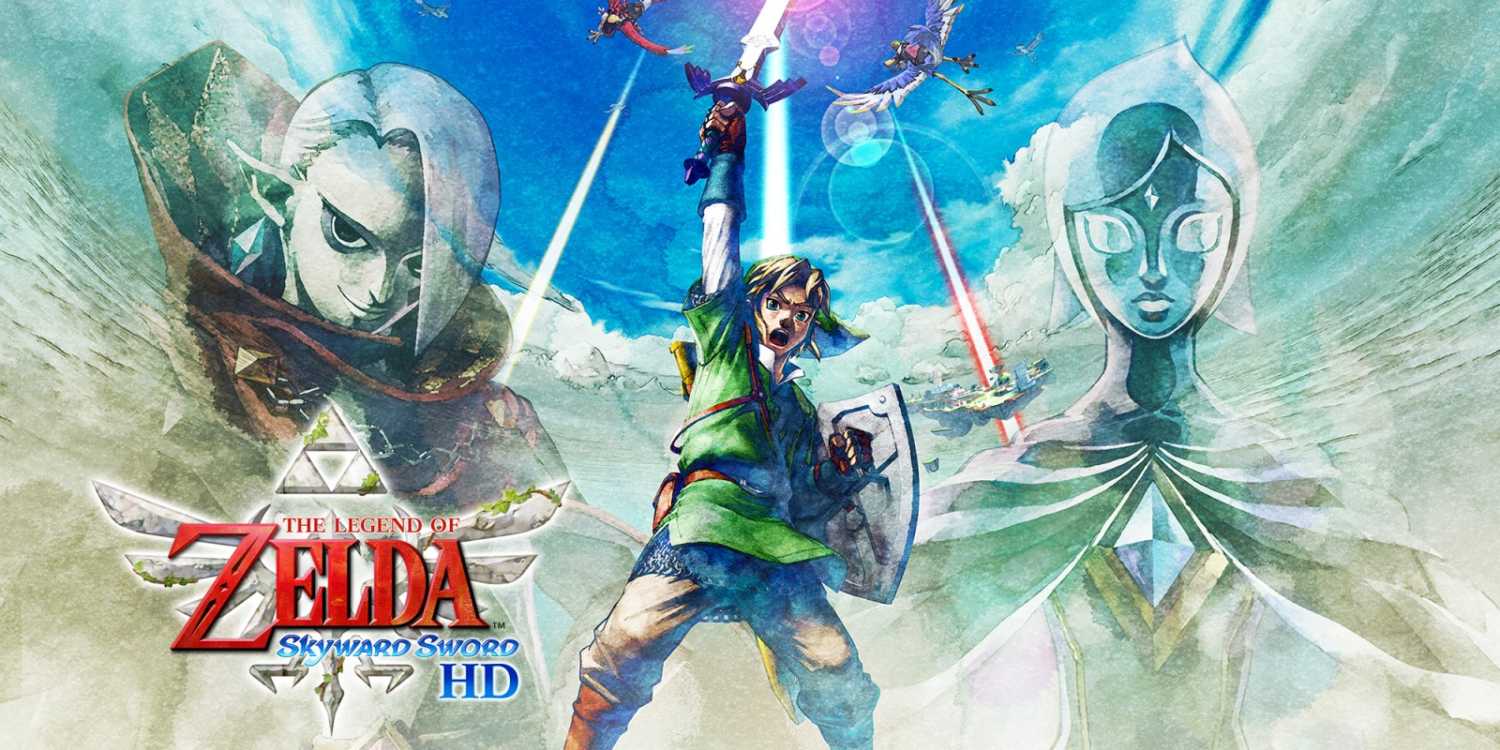 Over the past few years, Nintendo has been doing a great job at reviving some of the older Zelda titles and giving them an HD makeover. Skyward Sword is the final of the 3D Legend of Zelda games to be given an HD remaster. Along with some higher resolution visuals Skyward Sword HD also allows players to ditch those motion controls and play using a standard controller. Is it enough to bring a tear to the eye of those that loathe motion controls?

The more upbeat style definitely rings true in the remaster with an abundance of colour from the moment you gain control of Link. You start out in a place called Skyloft. This is a floating town above the clouds. It is a beautiful place with green grass filled with flowers covering the majority of the land. Unique and colourful buildings only further enhance the pallet of vibrancy and give Skyloft the feeling of paradise.

Your time in Skyloft will get you familiar with the mechanics of the game, which are not easy to get to grips with at first. Since Skyward Sword was designed to be played using motion controls, it is worth giving it a go but they are less than ideal with the Joycons being considerably smaller than the Wii remote. Playing with a standard controller is almost perfect but not quite. Due to the right thumbstick being assigned to giving you full control over Link’s arm, you do not have control over the camera. It takes some getting used to but the game is more enjoyable to play using standard controls.

You will end up finding yourself in possession of a bird that you can use to fly to and from Skyloft and the surrounding “islands”. If you spend some time doing this, you quickly find that there is nothing of interest out there. There are items that you can activate in the ground below that will activate chests on these floating islands but the rewards are rarely worth singing about. When comparing this to Windwaker, which had a very similar smattering of random islands, there is pretty much nothing worth seeing out in the clouds outside of the story related elements.

Once you set off on your adventure you will get to visit a lush and vibrant jungle, a volcanic mountain and a vast desert. All of these unique locations will bring back some classic elements of previous Zelda titles. This may seem like a rather small amount of diverse areas but once you spend some time with the game, you will see the huge amount of effort that was put into making these areas feel like they are full of secrets and hidden areas.

One of the most enjoyable elements of your exploration of the world below is the number of new items and mechanics that it introduces. For fans of the franchise, you will be expecting the Hookshot, boomerang, bow etc. The game does make use of some of these traditional items while also introducing some interesting new items like the bellows which is capable of blowing an infinite amount of wind or a whip that can latch onto enemies or objects.

Item durability can be a major pain in some games when it is not implemented right. For Skyward Sword, only your shield can break and as a result, you will find that you just avoid using it to save trouble. It is unfortunate really as shields are a big part of sword combat. Perhaps a side effect of not using motion controls but using the shield with the controller is really clunky. You must press the R button to select it and then click the left thumbstick to raise it. Thankfully, Link is agile enough that dodging is a viable approach to take to most combat scenarios.

You can very easily see where a lot of the influences for Breath of The Wild came from with Skyward Sword. It almost feels like they took a baby step to try and break away from the classic Zelda format without stepping too far. There are many mechanics and design elements of this game that are pointing toward the RPG-esque, open-world adventure that Breath of the Wild was. BOTW was an incredible game, so good that it does sort of make you look at the features in this game like they are half baked.

If you ignore the titan sized shadow that Breath of the Wild casts overall past Zelda games, Skyward Sword is a fantastic game. There is something so incredibly relaxing about playing it. The level design is clever enough to make backtracking through previous areas more interesting than boring. The combat can be fun with the eight sword

8/10
Skyward Sword is definitely one of the better games in the Zelda series. Some experimental ideas and mechanics were implemented that breathe some fresh air into the dungeons and puzzles throughout the adventure. When viewed from the timeline where Breath of the Wild exists, it is really interesting to see how Nintendo took the franchise from Twilight Princess to where it is now. Skyward Sword is absolutely a must-play for anyone who is a fan of the franchise.
Pros
Cons