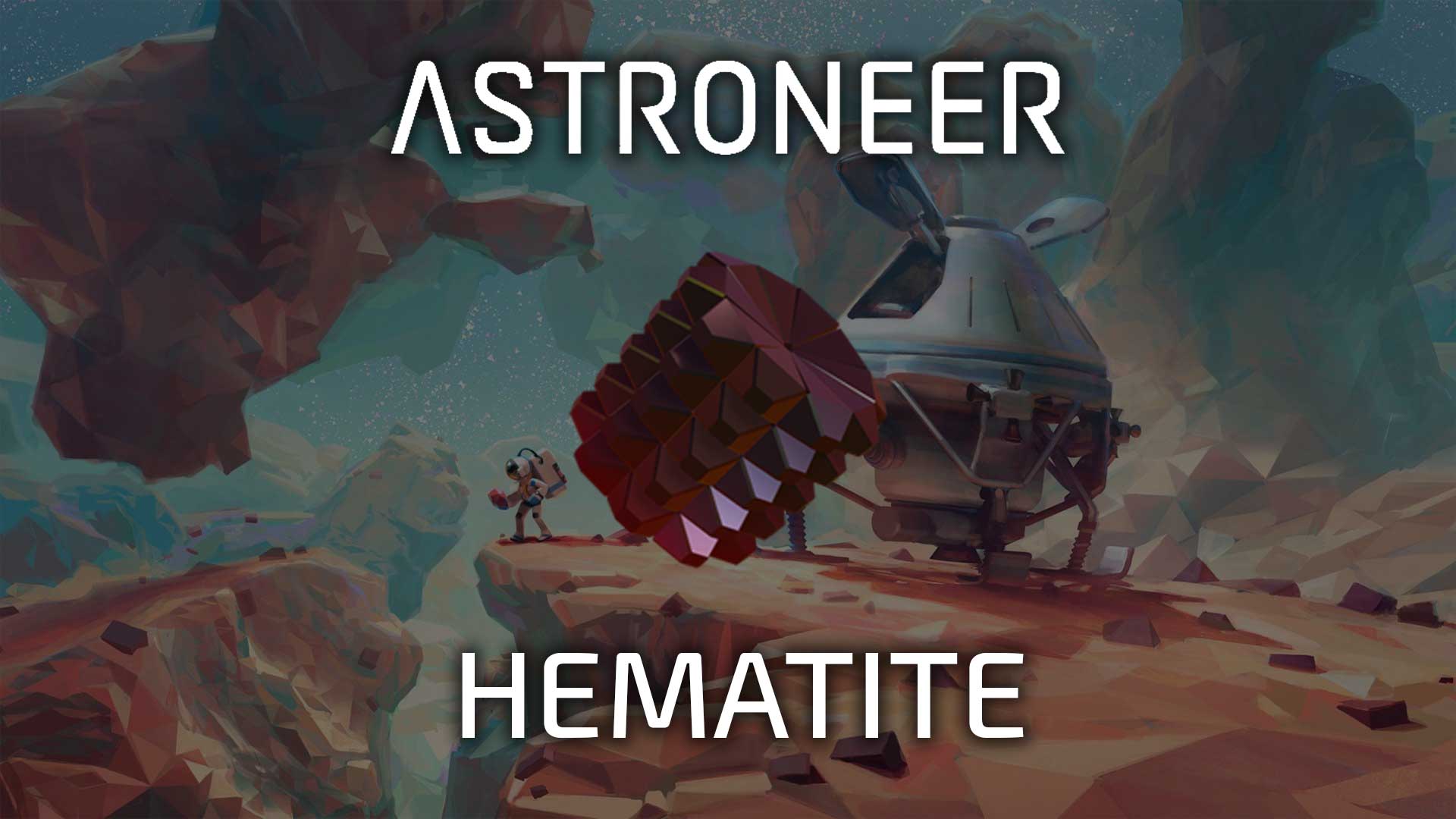 Hematite is a natural resource that is only found on two planets in the game. It appears as a dark red crystal with spikes. As with other natural resources that are based on metals, it does not have a use outside of producing the metal using a smelting furnace. Hematite is used to produce Iron.

Where To Find Hematite

Since this is a planet specific resource, it is not possible to obtain this resource using a soil centrifuge.

What is Hematite Used For?

Hematite is only used in the production of Iron and is not used for crafting in its raw form. The table below will contain a full list of all structures and items that can be crafted using just this resource or a combination of others.