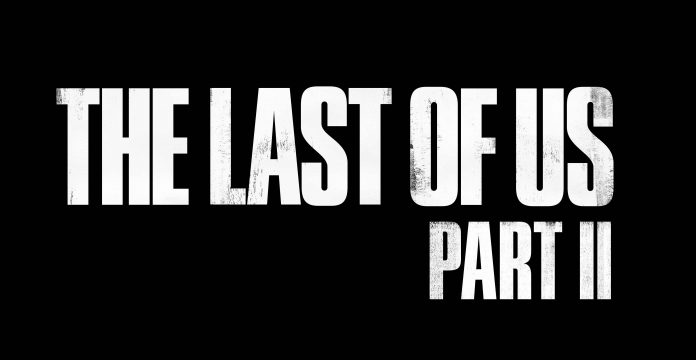 The long-awaited sequel to The Last of Us has finally graced our screens. With a mature console and a few games under their belt this generation, the expectations are high for Naughty Dog to knock it out of the park. There aren’t many developers better suited to the challenge than Naughty Dog!

Having left us with Joel and Ellie finding a safe place to call home, we have jumped forward five years. Ellie is much older and Joel has more than a few grey hairs. Although they may have found paradise amid the chaos, the story begins with a massive bombshell that throws this relatively comfortable life into chaos. The game couldn’t get off to a stronger start.

Much of the gameplay elements are what we had in the first game. A heavy emphasis on stealth, limited ammo and the ability to craft some useful items like bombs and ammo from materials you find lying around. Even the most basic of crafting components are in short supply. You will find yourself constantly hunting for more ammo and materials you need for health kits and other essential items.

There is a stronger focus on platforming this time around. Climbing ropes, ladders, trucks etc. You aren’t quite Nathan Drake, but you will find yourself dealing with obstacles that you can’t simply walk around. Some of the platforming puzzles are very creative. Thinking outside the box is almost always required. There are also several collectables like notes, figures and safes which have some great loot.

Ellie is still quite young. She is also has a very slim build. She can’t use physical attacks in the same way Joel could. To compensate, she is equipped with a handy pocket knife. Not only is this great for stealth takedowns, but you also will never need to worry about having a steady supply of shivs. Ellie may be small, but she is well able to look after herself.

The writing in The Last of Us Part 2 is by far the best of any Naughty Dog game. It would be a challenge for anyone to play this game without feeling a few tears building up at least once. Your emotions are going to take a bigger beating than those pesky clickers.

Character relationships have so much depth to them. Several flashback scenes help give you perspective on how far back friendships or sometimes grudges go. You feel like you are friends with some of these people. You feel these friendships bend under the strain from the immense weight this story keeps throwing at you. Their stress becomes yours, their loss becomes yours.

We get introduced to the main antagonist early on in the game. Over the course of a 30-minute scene, the hatred you will feel toward this woman will be more than you ever want to feel in real life. You and Ellie are on the exact same page.

There is very little to say about the game’s visuals other than it is a Naughty Dog game. The Last of Us Part 2 is most definitely the best example of their work so far. The visuals are stunning. Dilapidated environments are filled with lush plant life in every corner, showing how nature has almost completely reclaimed the world we once called our own. The facial expressions you see on Ellie’s face as she is violently stabbing an infected person is work you would be lucky to get in a pre-rendered cut scene, this stuff is all real-time.

The Last of Us Part II is all about suspense, fear and emotion. There are scenes when the action flares up, but due to limited ammo, things never escalate to a full-blown firefight. Considerable effort has been made to distance this game from the Uncharted series and it has paid off. Your heart will be pounding in your chest as you attempt to sneak past an enemy when you do not have the ammo to win the firefight.

The level design has added a lot of new depth to this game. The game is not an open-world game, but it does have some large maps, similar to what we saw in Uncharted 4. You could spend hours exploring without making any progress in the story. Playing cards and safe stashes will give you an excuse to run off the beaten path.

The main thing the level design did well is making you feel fully engrossed. To the point where you feel a sense of loss. It is sad to see that humanity was not able to bounce back. That an outbreak of infection was able to cripple humanity so effortlessly. You will find yourself reading notes you come across while searching for supplies. Messages from people saying goodbye to loved ones and fleeting thoughts from someone who knew they were about to die. Insights to the moment mankind collapsed.

The environments are overgrown and filled with rubble, but somehow you almost instinctively find the way to go. There are times when you must run away from swarms of infected. The game guides you without ever signalling where to go. The infected burst out of a door, you naturally know to not run this way. You almost feel like a sheep being guided by a bunch of border collies. You don’t know where you are going, but you never get lost. The adrenaline burst you get from the chase while also clinging onto your life will leave you shaking.

The Last of Us Part II managed to deliver everything we expected and more. A worthy successor to the first game that, over the course of the 25-hour campaign will leave you satisfied but also wanting more. The Last of Us Part II is a masterclass in video games that shows just how far video games have home. It is a game that will resonate with gamers for many years to come.

9.5/10
It's hard to think of where Ellie's story could go having played the first game. Once you get stuck in, you're going to take an emotional beating. The 25-hour long story is massive and it cuts absolutely no corners. The story just keeps giving and giving. The stealth and combat will get your blood pumping and give you some moments you will not forget. When it comes to value for money, you aren't going to get a game that is more worthy of a purchase.
Pros
Cons