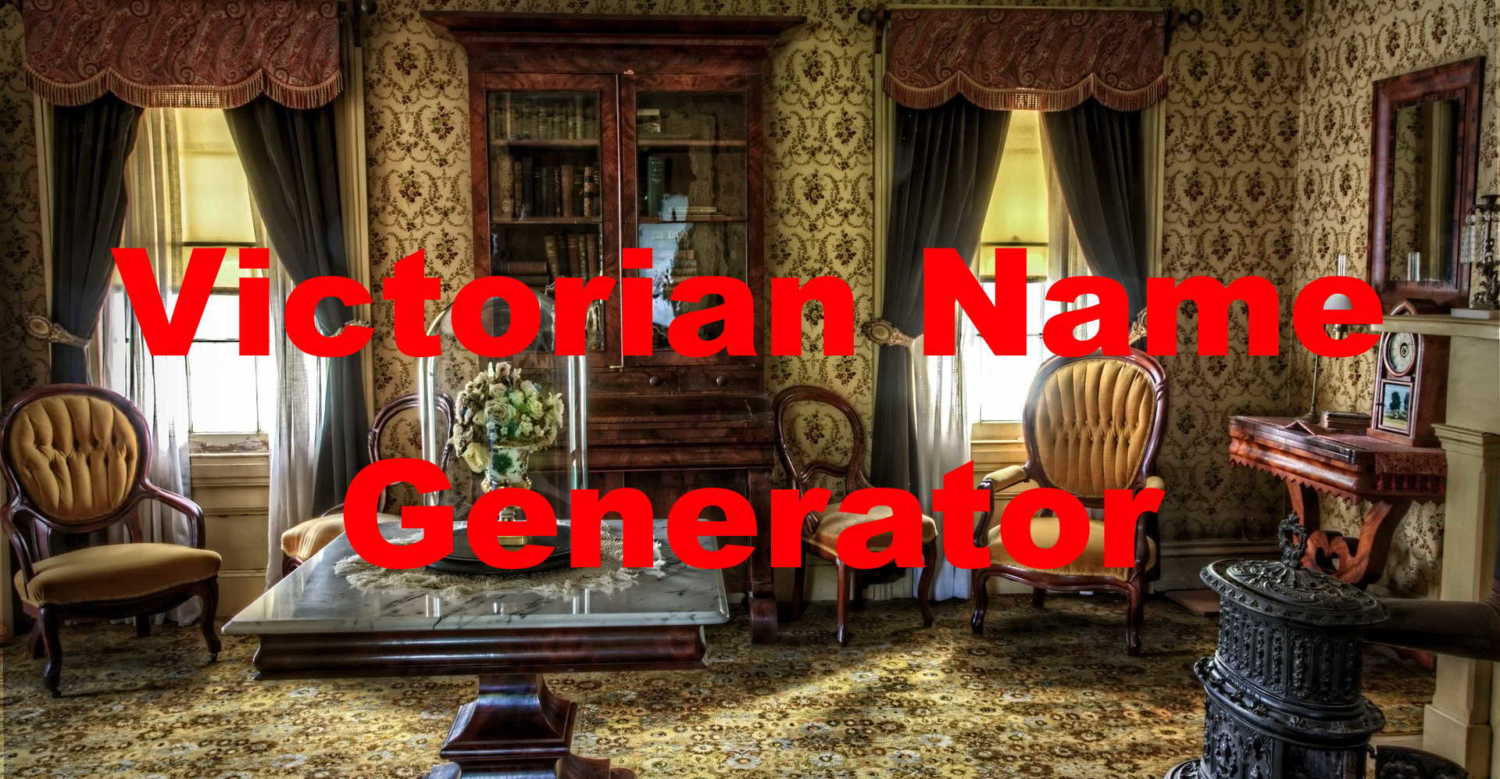 The Victorian era took place between 1820 and 1914. It has become one of the more iconic eras due to the rather aggressive class-based society that was in place at the time. Family names held a lot of value in society and without a respectable surname, you were often looked down upon. The Victorian name generator below will not grant you immediate access to the elite group of aristocrats, but it sure will make you sound like one!

The tool below will give you some great Victorian names. Both first and last names were very common in the upper-class society that existed in the mid to late 1800s. If you wish to insert yourself right into this time period, simply add your own first name to the input field and it will give you a surname that makes you fit right in with the gentry.

If you check the box above, you will find our Victorian era name generator tool. This tool will give you a collection of male and female names that come out of the 1800s, Victorian-era time period.

If you want to make your own name sound like it is part of a royal, upper-class British family, then simply put your name into the box. The Victorian name generator will add some random surnames that are straight out of the family tree of the family of aristocrats.

I am far from being part of the upper class myself, so if anyone has some feedback on some improvements to this tool that would improve the quality of the names it generated, please leave a comment below.

The victorian era was very much class-based and while family names were the general signal of this, there was nothing stopping anyone from using a name that a king or queen had. Due to this, a lot of the most commonly used names were used among all classes.

Family names are not gendered in english. The tool above will give you some gender-specific first names, however. If you are looking for some of the more popular gender-specific names, check out the lists below.

Some of the most popular victorian era male names are actually very common today. If you are familiar with the legacy of the British royal family, you will find these names were often used for the kings and princes of that family. The Victorian era name generator above has been tuned to give some more unusual, less common sounding names in order to sound upper class right away. Here are the top 10 most popular male names from the era.

Just like we see with male names at this time, there was nothing stopping people from the lower classes using them. This resulted in a very large uptake of certain names among the entire population. It was very common for children to be given the same names as Queens and Princesses. You will see that a lot of the top 10 female names from the Victorian times, were also members of royalty. Some of these names would work really great if you input them into the Victorian name generator above and they will be assigned random last names.