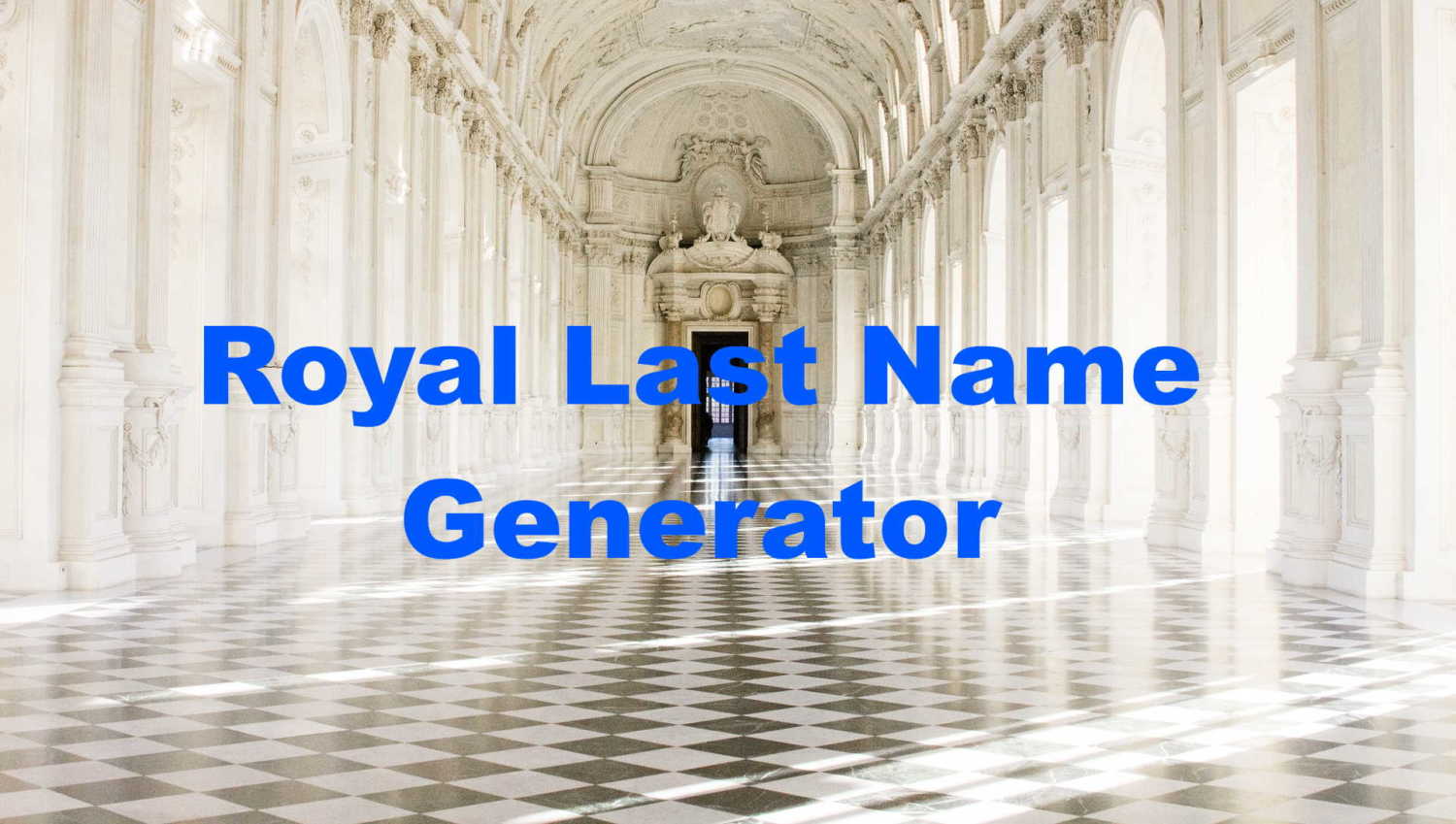 Although it is less, relevant in modern culture, there was a fairly closed off group in society that considered themselves the upper class. Although this class still exists, it is no longer obvious by someone’s surname whether they are part of it or not. Families would be very selective of who they would marry and as a result, a family name held a lot of value.

There is absolutely nothing wrong with having a regular name these days, but if you wanted to give a royal sounding surname to a character, put your details into the royal last name generator below and you will get some great suggestions. You can also check out the Victorian name generator for some first and last name ideas.

The most royal of all families would have to be the official royal family of the United Kingdom. The last name of the Windsor family (of which Queen Elizabeth belongs), does not date back as far as you might think. In fact, it was a name that was only made up in 1917. Originally, the Windsor family had the name Saxe-Coburg and Gotha. Due to it being German in origin, they changed it due to tensions with Germany at the time.

If you would like to make yourself sound like you are part of the official royal family, then simply add Windsor as your last name and away you go. However, if you are looking for something a little more random, the royal last name generator above will give you some interesting names from a whole range of different family names from the upper class of a, less modern, British society.