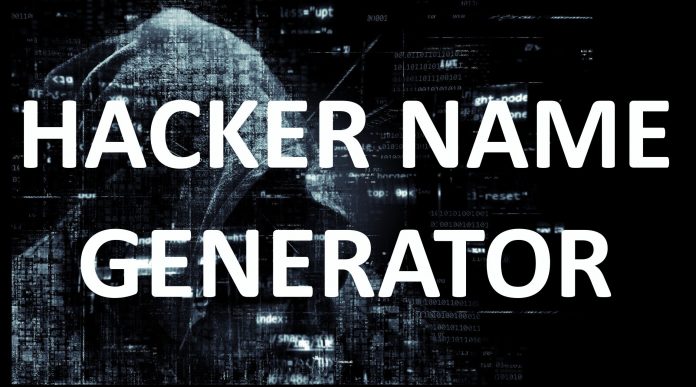 Hackers in the real world are normally nasty people who are out to screw people for money. When it comes to the world of fiction, hackers seem a little more glamorous, particularly in the future when technology has taken over the world and people live less than an attractive lifestyle. This tool is a hacker name generator that will come up with lots of name ideas you can use for hackers.

To start generating names, click the button below. All of the suggestions are best suited for a fictional setting where the humble hacker is someone who works against the larger corporations. The names are all randomly generated so you can keep pressing to get lots of new and original hacker names.

What is a Hacker?

In the area of technology, a hacker is someone who breaks through security in networks and computer systems. This is often done as a means to take information, plant records or to gain some sort of financially useful data.

Hacking is a complex process for the average computer user. There may be some tools and scripts to automate the process, but in general, it requires someone to have intimate knowledge of flaws and vulnerabilities of the software being used in a system. With this knowledge, they then need to know how to make use of this to access a server.

Someone who knows what they are doing will probably say no. Hacking has a steep learning curve, but once you know what to do, the process of executing a hack isn’t incredibly difficult. The hardest part is finding a system that has all of the vulnerabilities that you know about and being able to take advantage of them all to break in.

Hackers’ names in movies are often split between two styles. There is an average enough person who knows a lot about computers. These people will be called Joe or whatever. Trying to keep the setting more humble. There will then be the more futuristic setting where the people will not only have unusual names, to begin with but their hacker alias or online persona will have a name that is even more unique again.

This hacker name generator will give you lots of name suggestions for the more futuristic style of hacker names. These will generally be space and technology orientated and will work well for an online username or secret identity that the hacker hides behind. Hopefully, this tool allows you to find what you need.