Gulls are sea birds in Horizon Forbidden Wast that you can kill for supplies that are used in crafting. The birds mainly appear along the coastline, as you would expect. They are one of the faster-flying birds, which can make them a little more difficult to take down. Compared to other birds, particular pelicans which are generally found in the same place, gulls are a lot less common.

Gulls are generally found on the beaches across the west coast of the game but can also be found near other large bodies of water. They don’t seem to spawn as frequently as any other animals that appear on the beaches and due to their smaller size, it is often hard to spot them on time. 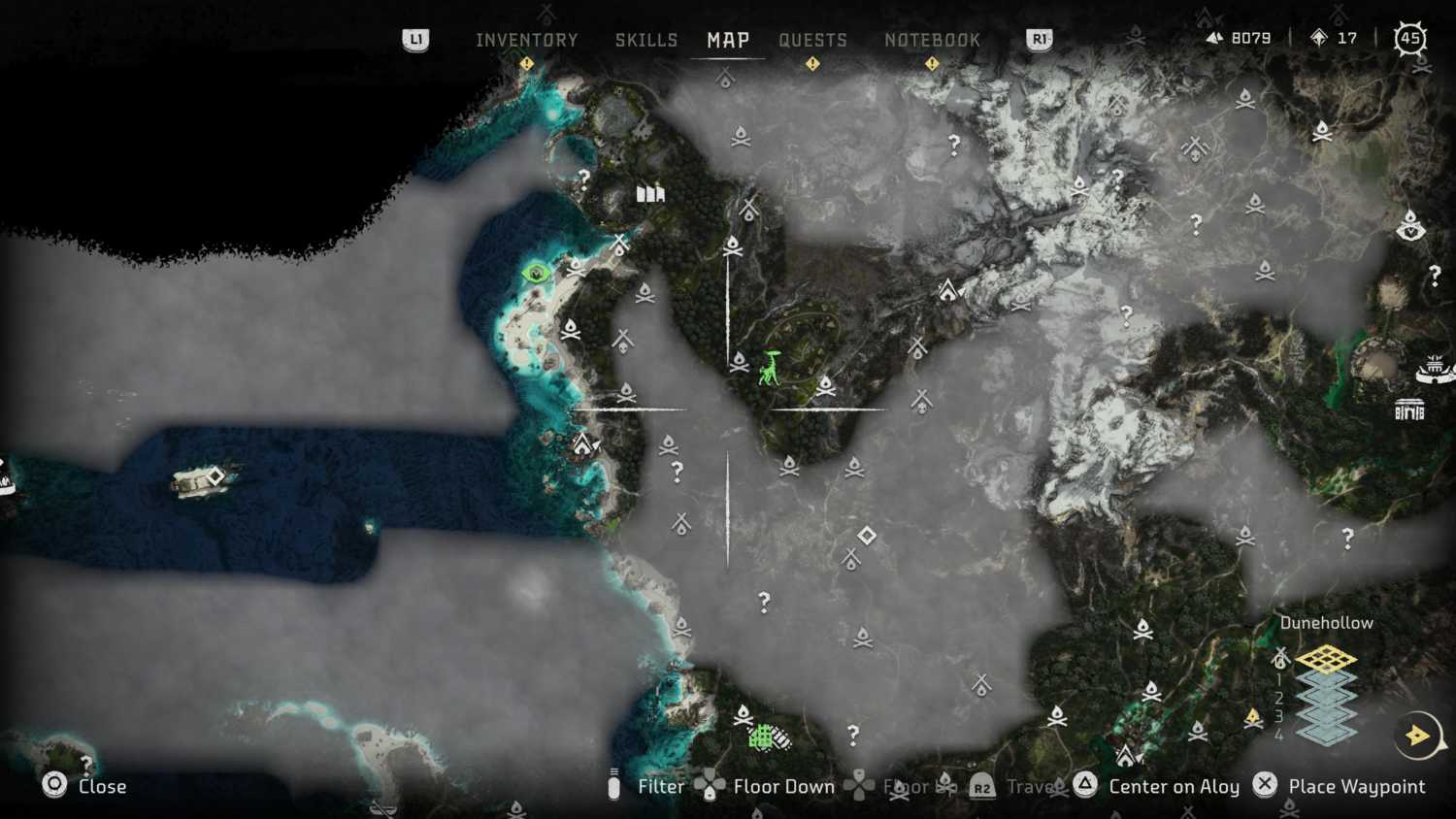 Gulls tend to be quite fast when they take off and try to fly away. Beaches tend to be uneven and have lots of environmental items that will block your view of them. You will need to make heavy use of the focus scan as it is very easy to miss gulls when they are feeding on the sand. They fly fast so even with concentration mode enabled, it can be hard to hit them with arrows. 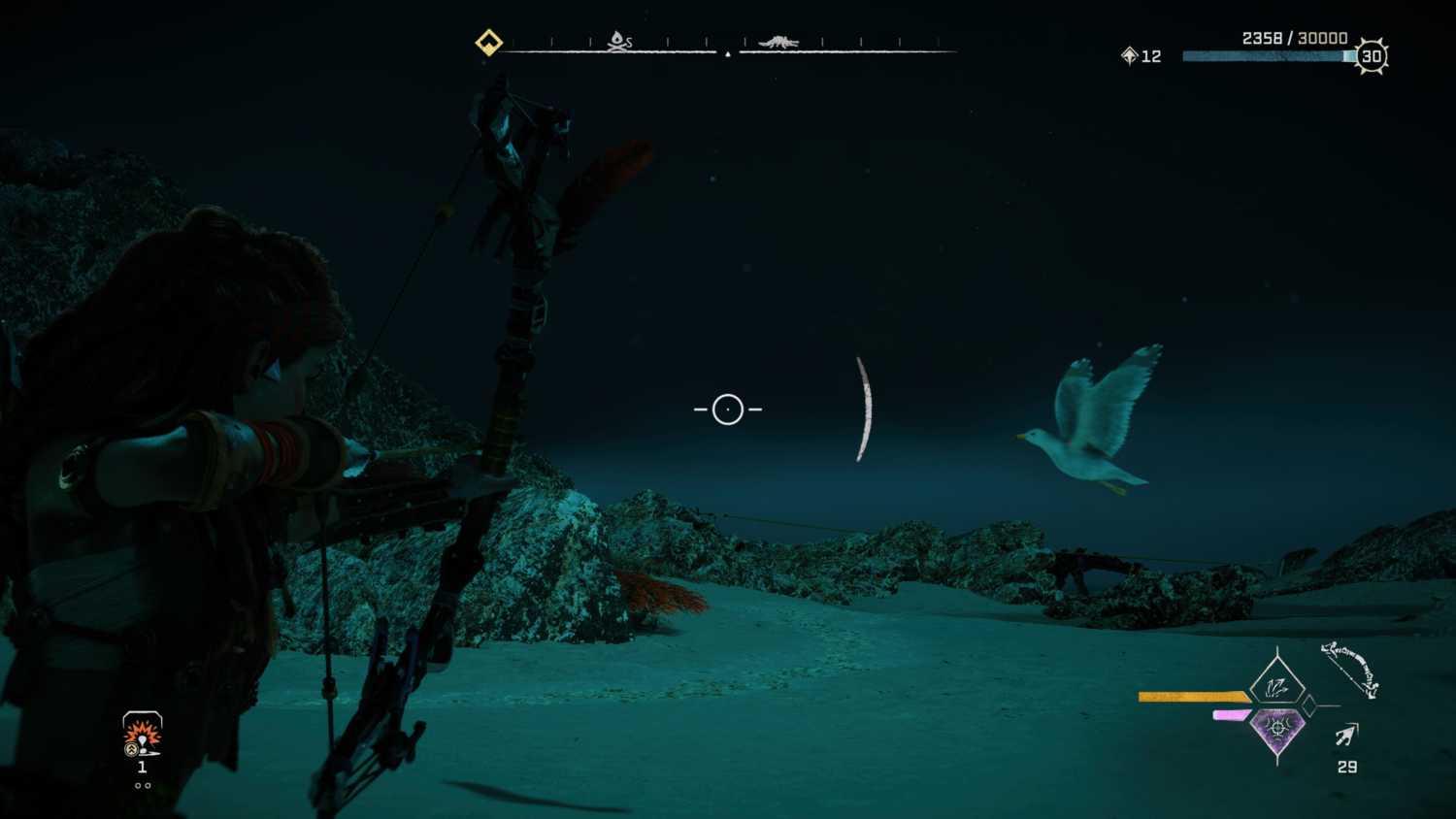 How To Get Gull Wishbones

Gull wishbones are the rare drop that you get from killing gulls in Horizon Forbidden West. The drop rate is lower than that of feathers and can be identified by the purple item marker that shows above the dead animal.  It may take 10 mins or so to obtain enough wishbones to cover all of the crafting needs you have. 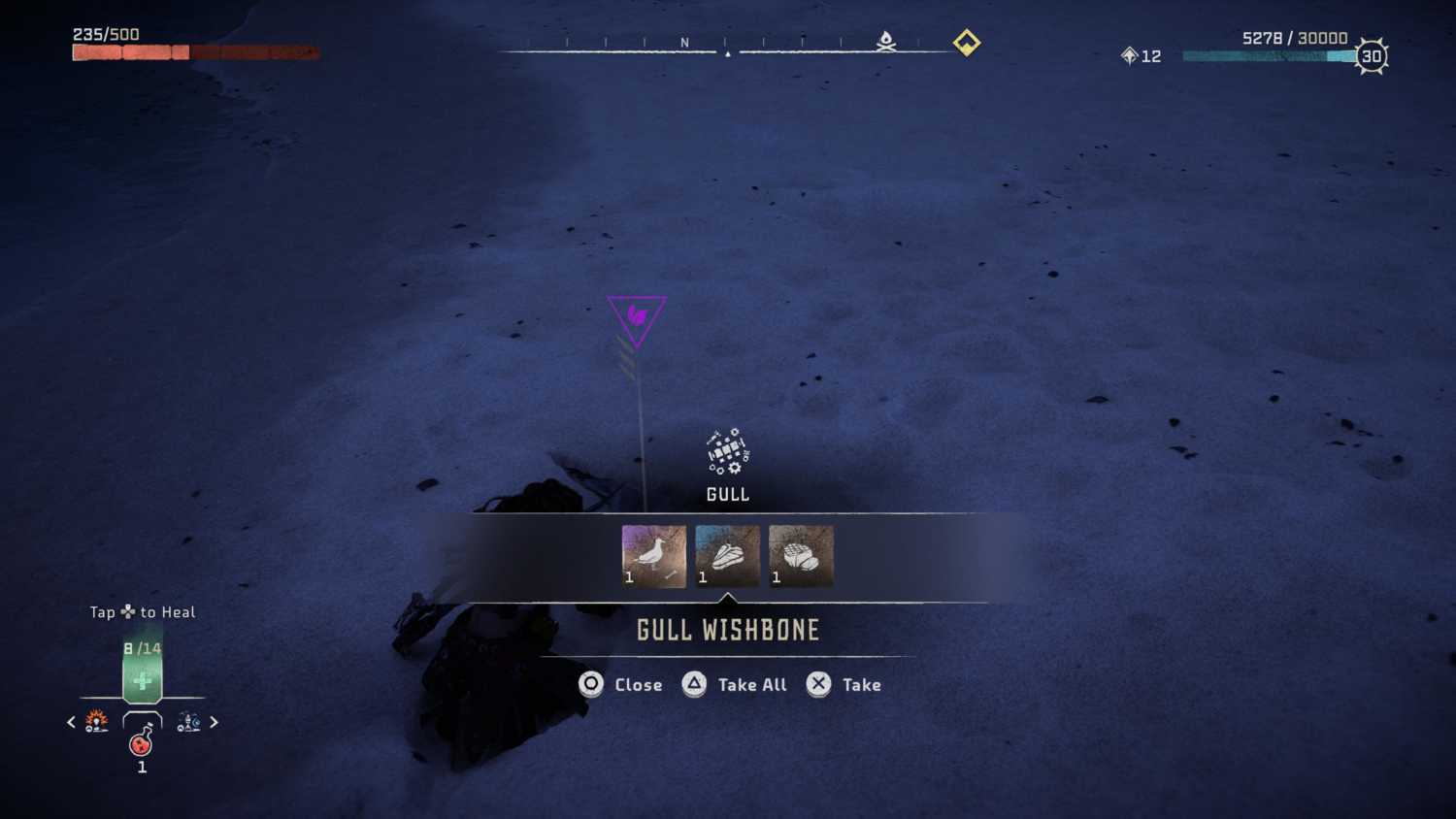 What Are Gull Wishbones Used For?

Gull wishbones are a crafting component used in the creation of pouches and other items at a workbench. There won’t be many of these required. You can check out the full pouch crafting tutorial if you want to know

How To Get Gull Feathers

Gull feathers are a more common drop than the wishbones. They will show up as a blue icon above the dead animal. There is no particular strategy you need to use to get feathers, they are a random drop. The items won’t always drop but they are not too uncommon. The time spent hunting for wishbones should allow you to find enough feathers too.

What Are Gull Feathers Used For?

Gull feathers are used in the crafting of items at a workbench. They are an important part of crafting pouch upgrades to increase carry capacity.