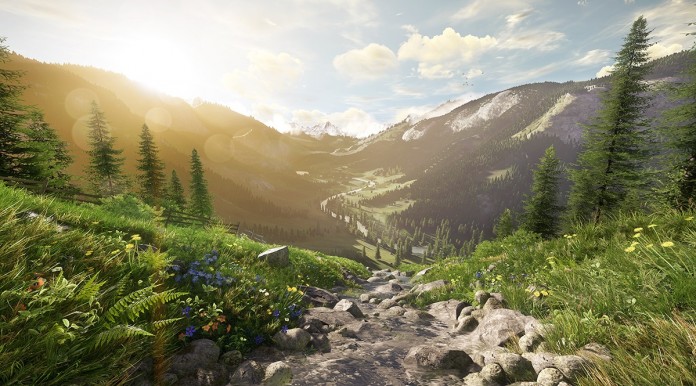 So before you get confused, yes the title is correct, Amazon Announce A New Game Engine! This is the same online store Amazon we are talking about here. I was not aware Amazon had even gotten into the game industry, but after some digging it looks like this isn’t all that unexpected, In fact its almost overdue.

The engine is called “Amazon Lumberyard” and is based on Cryteks Cry Engine, which Amazon actually purchased last year. This immediately makes this a hell of a lot more exciting because quite a few games built on the Cry Engine have been visually stunning. The good news doesn’t end here though, the real winner is this engine is completely and 100% free. No catches, its just free. So you might be wondering, how are Amazon going to make money off this?

Amazon own a highly popular and incredibly vast server network called AWS. The new Lumberyard engine links directly with this network for the easy implementation of online gaming. This is an unusual angle to take to get more people on their network, but this could have a really good chance of working. I’m sure there are many indie developers who would love to have built there game on the Cry Engine.

“Amazon Lumberyard is free, including full source code, so you can deeply customize Lumberyard for your team and your vision for your project today, and for future projects in years to come. There are no seat fees, subscription fees, or requirements to share revenue. You only pay for the AWS services you choose to use.”

This means big things for the indie game developers and also some of the larger studios. Save money on the engine to fund development of the gameplay. In will be interesting to see what turn this engine takes over the next few months, but the engine is already available for download from the official AWS website.