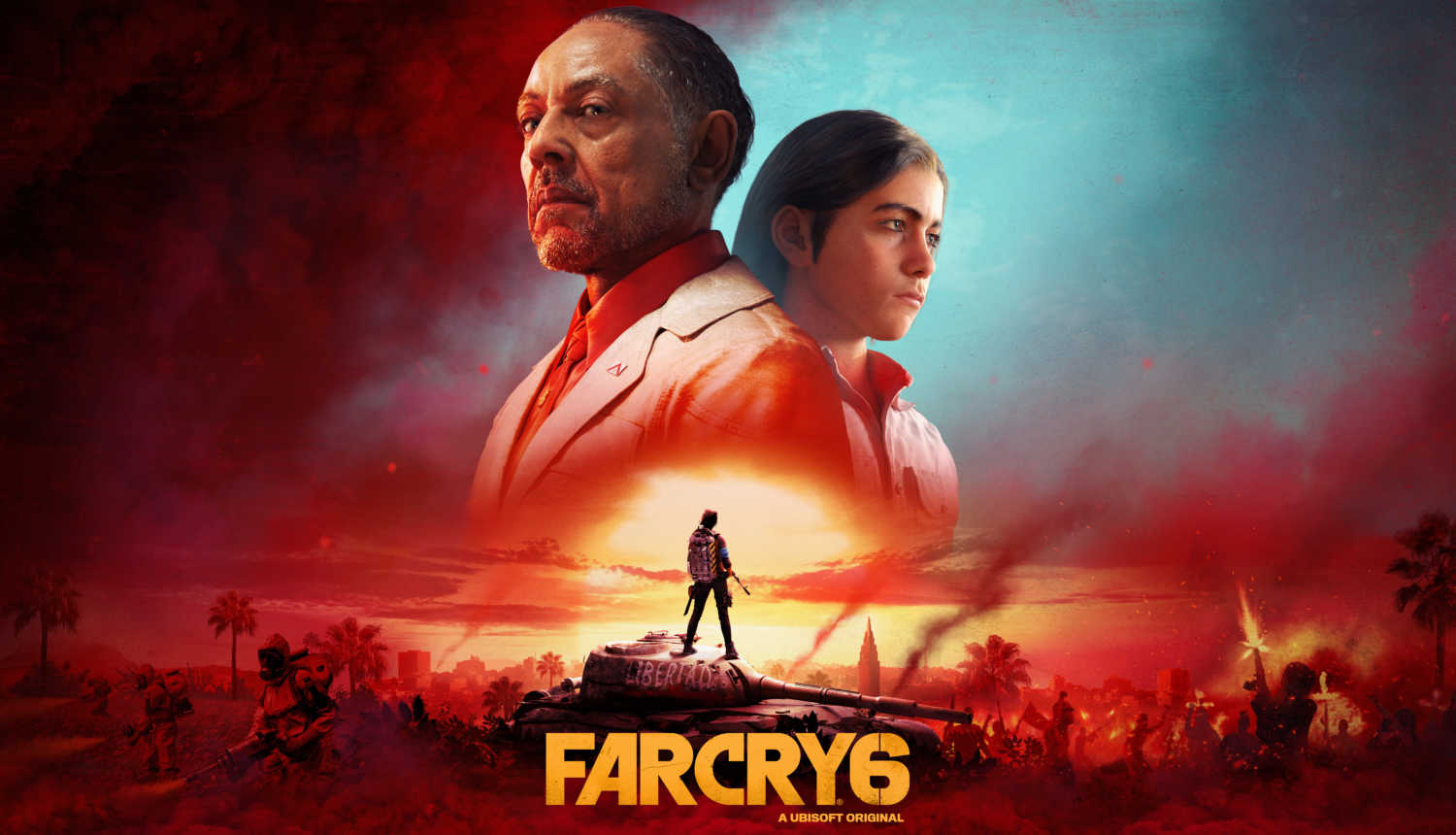 After a brief hiatus that brought the franchise to the midwest of the United States, the Far Cry franchise has returned to a lush tropical setting and with it, an exciting new villain who promises to change the world with a revolutionary new cancer treatment that has some rather questionable ethics behind its production.

Far Cry 6 is set on a fictitious island called Yara in the Gulf of Mexico. The Far Cry franchise is no stranger to a tropical paradise setting and while Yara is absolutely stunning, it is a shame that they didn’t continue in the direction Far Cry 5 went, taking things away from the warm jungle islands.

With this being the first Far Cry game on next-gen consoles, the graphical bump is significant. Improvements have been made to draw distance with very noticeable increases in texture quality and overall item density. PS5 players will get to enjoy strong support for Dualsense adaptive triggers and haptic feedback.

Despite next-gen consoles having SSDs by default, load screens last several seconds which is surprising when other open worlds are almost instant. There was also quite a bit of screen tearing, particularly when riding a horse that may suggest there is a little more fine-tuning needed for next-gen systems.

Although Yara is not a real island, it very closely aligns itself with Cuba. Both in terms of its aesthetics and culture but also in terms of its political leadership. Beautiful hills of green with clear rivers and waterfalls sneaking through the terrain make Yara the closest thing to paradise the Far Cry franchise has seen. It is just stunning from any angle. Cruising around the island in classic 1950s style cars, synonymous with Cuba, are a constant delight.

The strong military presence on the island is a reminder of the tight grip the dictatorship has over the people. You won’t be able to hop into a military chopper and start blasting your way through checkpoints and military bases, they have anti-aircraft cannons all over the island. You are going to have to focus far more on stealth than you did in previous titles.

Stealth is not a requirement of course. Two new additions in the game are amigos, which are essentially pets that you can use to attack enemies with and the all-new supremo weapons. On paper, having a pet crocodile by your side to attack enemies sounds awesome but the reality is that the amigo struggles to engage in combat and will often sit there as soldiers just shoot freely while it just looks cool. The amigo spends more time dead than anything.

A supremo is a backpack style weapon that allows you to launch several projectiles into the air that will lock onto enemies and seek them out. You can modify the supremo to contain a range of different payloads that can unleash poison, toxic gas or just regular explosives that give you an easy avenue to walk into combat with guns blazing.

When focussing on stealth, you will begin to notice some flaws with the NPC system which can be further exaggerated when you are dealing with enemies. Since we are dealing with a structured military, they are all going to be wearing the same uniform. You will begin to notice during silent takedowns that you are seeing the exact same face over and over. There doesn’t appear to be a large enough mix of faces to compensate for the lack of outfit diversity.

Another problem that stealth exaggerates, is also an issue you will find with friendly NPCs. The constant repeating of the same lines of dialogue. Sometimes, NPCs might only have one line to say and will just keep saying it on repeat every few seconds. Perhaps it is a bug that isn’t registering that an NPC has already said something and gets stuck in a loop. Regardless, it is an undesirable behaviour to have to listen to in a game of this calibre.

Although there is much to be desired from unnamed NPCs, there is little to complain about for the main characters of the story. Ubisoft has done a fantastic job at promoting diversity with a strong female presence in the resistance.

As with many other titles from Ubisoft, the player can select the gender of their character. What is more impressive about recent titles is that you will get to enjoy a fully voiced campaign for either gender. We aren’t just talking about cut scenes, you will hear your character singing along to the radio as you are driving down the road. So much attention to detail has been put into the main character. Half of which, most players will never experience. This is true dedication to equality.

Yara offers a large area for players to explore. It feels smaller than Far Cry 5 but is far denser with a lot of things to do packed into this area. Using planes and helicopters to travel is more difficult to due the anti-air defences, which means you have to spend most of your time travelling by car. The game has a pretty poor checkpoint system that could result in you having to retake a 2km journey across the map if you die when you get to the objective.

The casting of Giancarlo Esposito as Anton Castillo is sure to get many excited. The Far Cry franchise has had an incredible lineup of antagonists over the years and Anton is no exception but he is much different to those that came before him. Much like Thanos from the Avengers movies, you will come to realise that Anton believes what he is doing is necessary and almost convinces you that the USA is the enemy.

When many of the villains in past games have been obvious psychopaths, Anton brings a level of sophistication to the word psychopath. He feels like the most human of all of the villains in the franchise. He is not over the top insane, he is a flawed dictator who believes what he is doing is for the good of the island of Yara. As delusional as he may be, he falls in line with Thanos as he believes his atrocities are for the greater good.

Far Cry 6 sticks to the tried and trusted formula that has worked for many years. With the exception of a few new combat mechanics like the amigos and supremo weapons, the game does not take any leaps into the unknown. For better or for worse, you can expect the same level of polish and explosive action you would have experienced in previous Far Cry games.

8/10
Far Cry 6 delivers an exciting adventure across a beautiful island. The new weapons and companions add a little more fun to combat for those that prefer to approach problems with guns blazing. The lead villain, Anton Castillo, is one of the most human psychopaths the game has had in its roster of crazy antagonists. Far Cry 6 can sometimes feel like a cut and paste of Far Cry 5 but the experience is still a well-polished barrel of fun.
Pros
Cons