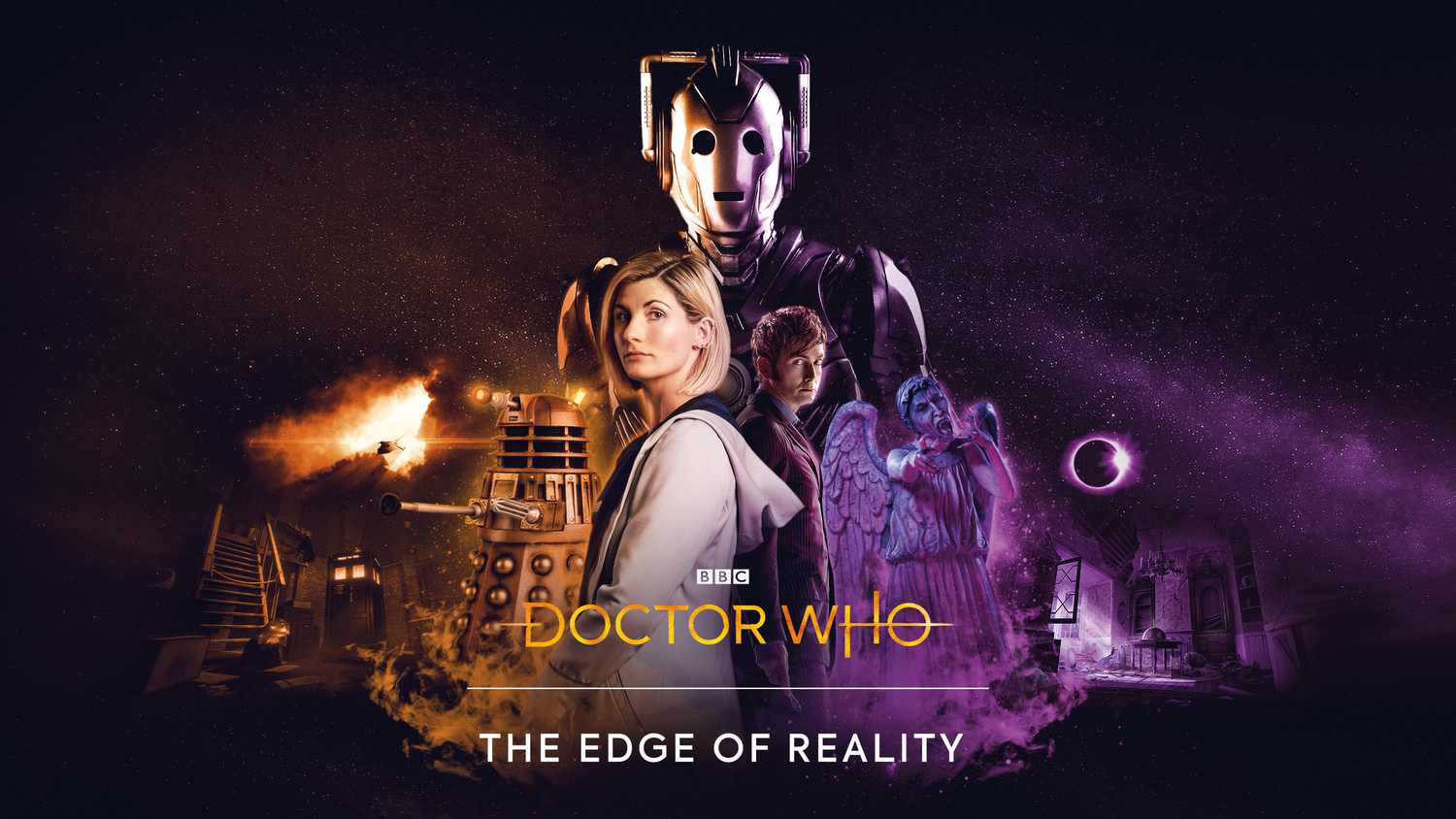 The history of Doctor Who video games are not as long and distinguished as the TV series, which stretches back to the 1960s. Doctor Who: Edge of Reality offers an incredibly exciting premise where the fabric of reality is being torn apart and it is up to you to help not one doctor but two, to try and save the universe.

It is quite clear from the get-go that this game had a pretty small budget but this is no excuse for the array of issues that are coming your way. A floating set of arms glitching around the main menu may greet you when you start playing and are just a taste of what is yet to come.

Doctor Who: Edge of Reality lacks a lot of polish. Audio in particular is a disaster and alone is enough to make this game feel like an unpolished mod than an actual standalone game. The sound of rain or ambient sounds outside is just as loud when you go inside. Sounds are never muffled or distorted by the environment. At least its better than sound not existing at all, which is often a problem.

There is no surround sound support, you are stuck with stereo only but it’s not like it matters much, several areas of the game are filled with complete silence. There aren’t even footstep sounds when you walk, you seem to just float around the place. When you are just out exploring and there is no background music, the game is dead silent.

The dialogue from the doctors is quite good but that is where it ends. When you meet the cybermen, you will wonder what the hell happened. Even if they didn’t want to record fresh audio lines for them, they could have ripped it from an episode of the TV show. What we get is audio that is compressed so much, it would only be acceptable on the Nintendo 64.

Having David Tennant return to play the doctor is a massively exciting prospect to those who were sad to see him leave all those years ago. He most definitely delivers his lines well but my god did they make an absolute mess of his character model in-game. Just look at the state of him, he looks like an NPC ripped from a random PS2 game. It doesn’t look anything like David Tennant.

Edge of Reality tries to do an awful lot with Doctor Who lore. We have Daleks, Cybermen, Weeping angels and lots of world ideas that if given enough work, would have made this game incredible but the reality is that everything is done to the bare minimum that hardly any of it ends up being fun. Everything is so rushed that there is little enjoyment to actually take from what is there.

There is one exception to the overall mess of half-assed mechanics and that is when you encounter the weeping angels. This level is overwhelmingly creepy and gets the hairs on the back of your neck up as you are constantly checking behind you to make sure one has not snuck up on you. Sadly, absolutely nothing else in the game comes even remotely close to being as enjoyable.

The writing seems to be directed toward young children. The jokes are pathetic and the narration is like a babysitter reading a bedtime story to a child. Doctor Who has always had something to appeal to more than just kids and this is a massive miss for the game to not consider adults would play it.

The story starts off quite strong and gets you excited about the adventure to come. It becomes very clear that the scale of the story is far too large for the game to work with. Every single aspect of it is rushed. “Oh the universe is going to be torn apart, go get these three crystals that are rather easy to obtain and it will save us all”.

The conclusion was without a doubt the most pathetic ending you could imagine. Part of what makes Doctor Who fun is when the Doctor puts all the pieces together at the eleventh hour and saves the day. The only way to describe the ending is someone turning on a light switch and saying “Woah, I bet you didn’t expect this to illuminate the room and defeat the darkness”.

The entire game was riddled with bugs and lacking overall polish. The story was far too vast that large chunks of it were cut out and you just “appeared” in places and were told to do some trivial task that would somehow save the universe. If you are looking for a fun Doctor Who experience, check out Dreams or LittleBigPlanet as the production values are sure to be better from these user-generated levels than this game.

2/10
Doctor Who: Edge of Reality had the potential to be a really good game. The actual actors behind the doctors were on board to do the voice work. The story had a strong premise and there are 100s if not 1000s of episodes of Doctor Who to draw inspiration from. What we ended up with was a massively rushed, half baked experience that tried to cram as many classic Doctor Who references into a game that has no mechanics to make any use of it. The story is strung together so incoherently where you save the universe by solving a few puzzles and things just happen to work out in your favour.
Pros
Cons