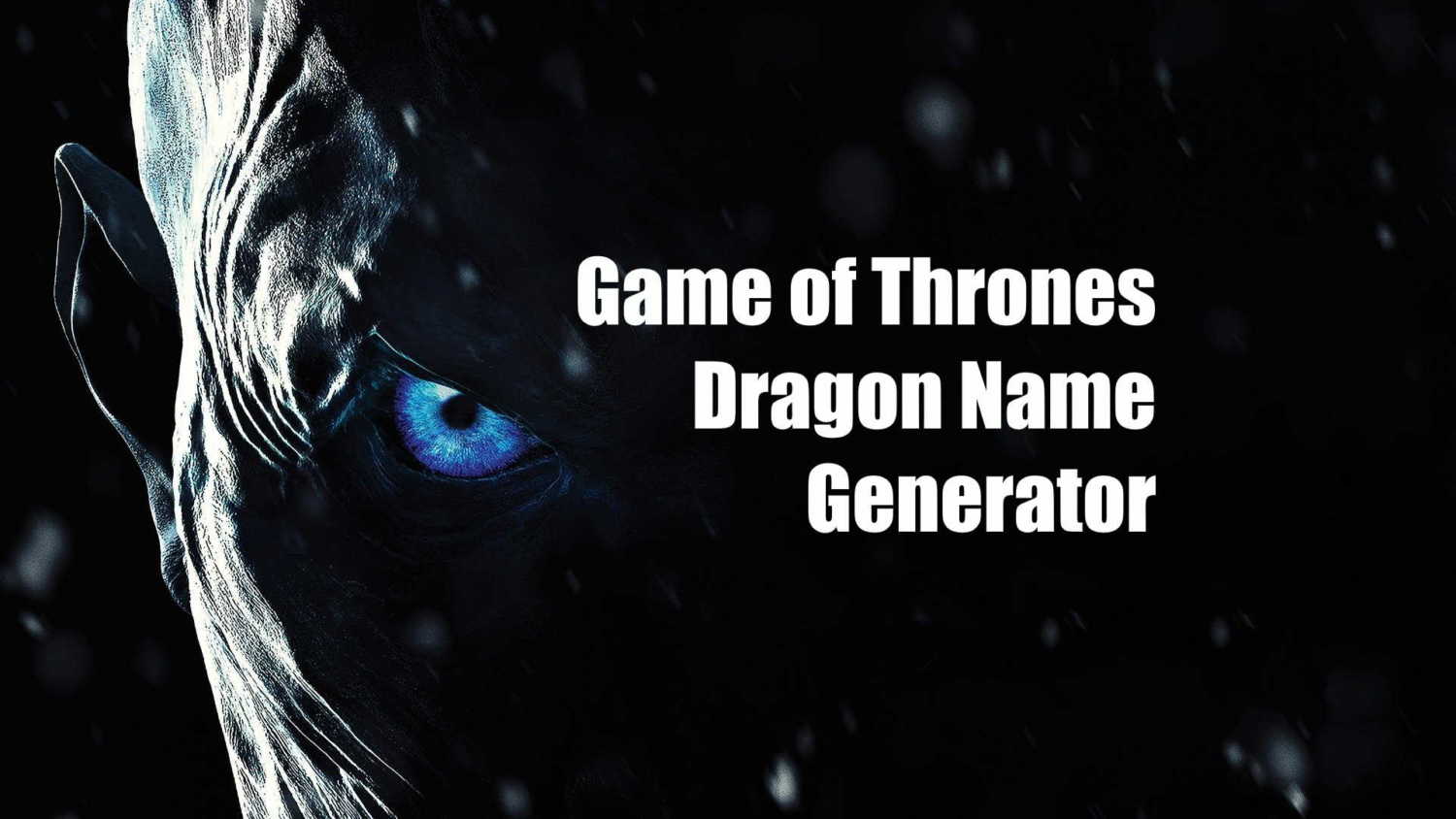 Game of Thrones started out as a series of (unfinished) books before the TV series came along and brought the words to life. One of the most captivating elements of the TV show were Daenerys Targaryens dragons. Three dragons named Drogon, Rhaegal, and Viserion stole the show…until the writers made a mess of the final season!

If you want to start your own spin-off or start working on your own lore and want to get some great dragon names, the Game of Thrones dragon name generator below will give you lots of suggestions to use for your newly hatched fire breathing reptiles.

The TV series and the books that are written mainly focus on fire breathing dragons. The night king did introduce us to dragons that were capable of breathing something other than fire but the potential behind it was never really explored. To fill in some blanks, you can use the filter below to switch between fire and ice dragons.