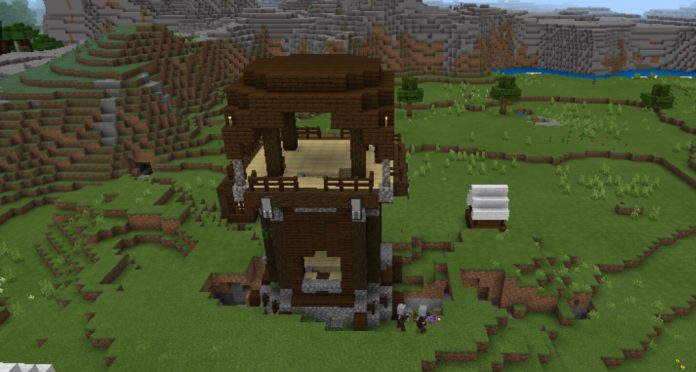 I find myself in a weird situation with Minecraft at the moment. The village and pillage update is out and it seems great. It has been quite a while since I have played it properly, so there have been a few substantial updates since my last dive into it. One other thing has changed and this is the number of copies that I own.

For a game I don’t play and have not played in quite some time, I seem to have purchased it on a lot of platforms. In fact, I think I own it now on every platform I own. PS4, PS3, Vita, Xbox One, PC, Switch and Android. The Switch version was the most recent version to start collecting dust.

I put so much effort into building up the collection of Minecraft seeds that I never bothered to actually enjoy the game. I think I have burned it out now. The latest update seems like a great time to get back into it though, I just need a reason to. My recent platinum trophy binge has been far more successful in grabbing my attention.

I find myself in this situation a lot where I don’t really want to play a game but feel I should. MGS5 has been on this list since the day I bought it and found that I wasn’t really enjoying it all that much (I know I am probably a criminal). I have spent far too much money on Minecraft now that I need to enjoy the Bedrock edition of the game.

I have put a bit of effort into finding new village seeds but I didn’t enjoy the game properly. Ill get things setup on the Switch and leave it sitting in locations that make it easy for me to pick up and play…Ill probably end up playing when I take a shit at this rate.