Minecraft started out as a humble indie game that threw the player into a 3d pixel art world and gave you the ability to do pretty much anything with the various blocks of the game. It was a massive hit and has become one of the biggest games of all time.

The game has come a long way since its initial release and is now available on most game platforms at a very reasonable price. With a large number of releases and patches, the game has become a behemoth compared to the game that was originally launched.

Since being acquired by Microsoft, the bedrock edition has launched and aims to become a single release, unifying all game releases across many different platforms.

Post - Gaming News Dan Hastings- December 9, 2019
Since the Bedrock edition launched, players have been enjoying cross play between Xbox, mobile and Nintendo devices. The PS4 has sadly been left out of this partnership until today. Microsoft have announced that the Bedrock edition of Minecraft will be... 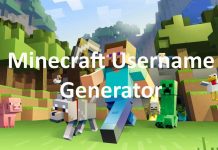 Namegenerator Dan Hastings- September 25, 2019
Usernames in some games matter more than others. When the tag is above your head in the game, you wanna make it something good. If you are looking for some cool Minecraft usernames then this username generator is exactly what... 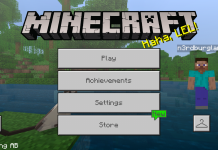 Post - Blog Dan Hastings- March 12, 2019
With my interest in this game coming back as of late, I was admiring how far the pocket edition of Minecraft had actually come. I was sitting on the couch the other night, unable to play Minecraft on the TV...

Minecraft Bedrock Edition - Everything You Need to Know

Post - Article Dan Hastings- January 30, 2019
Minecraft has been released on pretty much everything at this stage. A lack of proper planning has meant that the game is not the same on every platform that it has been released on. Generally, this doesn’t really affect people...