Nerdburglars Gaming
Home Article How to Start Earning as A Gamer 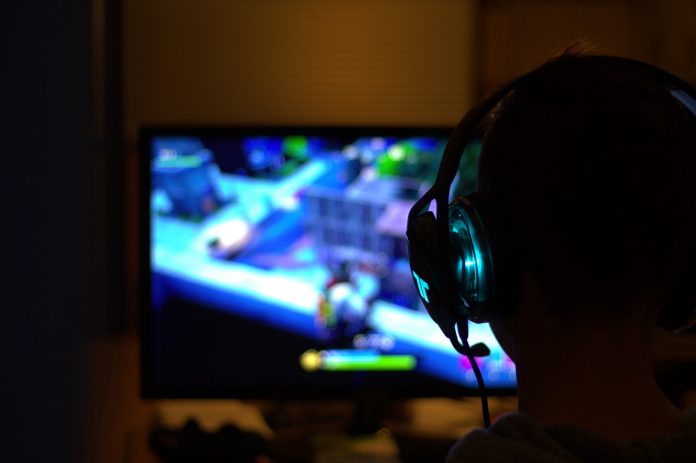 Before you say yes to the gaming business, let see what types of gaming platforms do we have and which games are currently on the top. At this precise moment, we have five popular gaming platforms including PC, mobile, Microsoft – Xbox, Sony- PlayStation, and Nintendo.

It can be said that nothing can top the PC gaming platform and its games. Playing MOBA games (Multiplayer Online Battle Arena) on PC is simply a unique experience. Games like Dota 2, League of Legends and Counter-Strike are best played on PCs. Dota 2 and League of Legends are top MOBA games of all times, with Counter-Strike as a multi-player shooter game following closely behind.

Who would have thought just a couple of years ago that mobile gaming would develop at such a rapid pace? With the rise of smartphones and their use of the same RAM technology that PCs use – PC games for mobile phones are no longer distant future. Some of the most popular mobile games are from MOBA genre and they include games like Arena of Valor, Heroes Evolved, Mobile Legends, Iron League, and Vainglory, to name a few.

Arena of Valor, although one of the newer games, it became very popular because of the game modes that include – five vs five, three vs three and one vs one.

Heroes Evolved, a game extremely popular due to some of the unique features it has. There aren’t many MOBA games like this one which makes it a serious competitor for e-sports games someday.

Mobile Legends is rated as one of the best (if not THE best) MOBA games on the mobile platform. It’s an older game that has immense popularity amongst mobile game players.

Of course, we must add that mobile phone gaming is still very new and the technology is still evolving but we can’t wait to see what comes next!

How to Profit from being a Gamer

Currently, there are many ways in which you can profit from being a gamer. Let’s go over some of them.

Becoming a professional gamer implies being the best of the best – which seems a bit daunting just saying it. If you are confident in your gaming skills and you are absolutely sure that you can make it to the e-sports team of best gamers then you just go for it!

So, after you have proven your worth and maybe even joined an e-sports team – which means that you have already half made it – next up comes winning some tournaments and championships. Then, you should look for investors and endorsements since e-sports are becoming bigger each day, and some big bucks are involved in this if it’s judging by the prize pools.

If becoming a pro is a tad bit daunting for you, don’t worry because there are other ways to generate revenue by playing games which don’t involve becoming a pro.

You can achieve this by playing the games you love and streaming them in various different gaming communities. Such communities include Twitch, YouTube and Facebook live to name only a couple of popular ones. The competition, when it comes to game streaming platforms, is tough and finding the right one for your gameplay can take some investigating.

Twitch holds the title of the best game streaming platform on the internet, and for all the right reasons. First of all, Twitch is free – this means that you won’t have to pay for a subscription and as soon as you start streaming your gameplay, you can add a donation button to your channel which will allow your viewers to appreciate your efforts by donating some money. Another way to earn from Twitch is by collecting subscribers. If you get at least 500 subscribers you can apply to become a Twitch partner – which will, in turn, help you earn even more revenue (with each new subscriber you can earn $2.5 per month). Also, as a Twitch partner, who regularly gets new subscribers, you can start earning from ads!

YouTube allows you to live stream your gameplay. To gain profit from YouTube, you will need to become a partner. You can achieve this by amassing at least 1000 subscribers and having your content approved by YouTube. You can also earn ad money from YouTube but less then what you can earn from ads on Twitch.

On the Facebook platform, you can also stream live gameplay. Facebook, being the biggest social network out there, is a great way to get your lives seen. Facebook allows you to earn money through donations – people who enjoy your live gameplay can throw some money your way.

If the ways of generating revenue listed above don’t appeal to you, don’t lose hope yet. We can still find you another way to earn money! For example, you can become a playtester, or maybe a gaming coach.

Playtesters usually get to play a game that is yet to be released. Yes, you read that right! You can be playing games prior to them being released. Your job would be to play the game and give reports on how this game responds. Talk about a great job!

If you are a pro gamer, you should know that you can easily monetize from your reputation as a pro gamer. How you wonder? Well, just like with any traditional sports, pros become coaches or teachers. You can attract private students or you can even become the coach of an e-sports team which can earn you a lot of money.

Another way of earning some money is by selling merchandise. Merchandise like t-shirts, mugs, phone cases, game collectibles, toys, etc. You can get streamers to buy your stuff by being original and by giving them quality stuff!

Who would have thought that playing video games would become such a profitable job? What once was a considered a hobby or even time wasting is now a viable opportunity of earning for a living. Even if being a gamer is not your goal in life, you can do it as a side job – a way of earning extra cash while having fun.

Now that you have all the important information on how to earn money as a gamer, which of the above-mentioned jobs appeals to you the most?