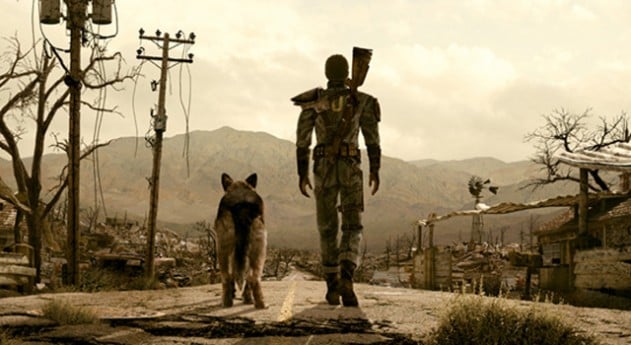 For those thinking of playing Fallout 4 in survival mode, you are in for a tough journey. The game is incredibly tough compared to the standard game mode. To make your life in the wasteland a bit easier, we have prepared a guide to survival mode in Fallout 4.

This is the first thing that you need to do when starting a game and it is one of the most important. The game can be a lot easier or a lot harder depending on what your character build is. High agility is a key factor here. You should focus on high agility and also put points toward Luck, Intelligence and Charisma. All of these will make the game a lot easier. Being able to talk your way out of things and having good luck to improve your odds is key to survival. It’s a lot easier to survive when no one has to die.

For perks it is best to focus on the perks that allow you to build things such as armorer, gunsmith, science etc. Most of the time you can build items that far outweigh the bonus received from some perks that boost your strength etc.

You settlement is going to become your primary source of survival materials so pick perks that will boost your hunter-gatherer strengths rather than going for perks like lead belly that are really a waste of time once you have a stable source of non-radiated food and drink.

Hydration is now something that you need to worry about. There is a lot of water in Fallout 4, but most of it is riddled with radiation which is going to make it undrinkable. This is where your settlement comes in to play. Build a water pump and you can refill your empty bottles over and over again to give yourself a constant stream of clean drinking water.

The easiest source of food is from growing crops, but they don’t heal too much. This is why you should be looking for meat. Crops are great and you should be growing them, but rad stags offer really valuable meat and are really easy animals to kill. It is risky, but set out on a day trip into the wilderness to hunt for some meat. If you can kill a dozen or so animals and bring back all the meat, it should be enough to keep you going. Kill every single animal you see and take the meat. Make sure you cook the meat first. You want to maximize the amount of value you get from each piece and of course, want to avoid getting any rads. The XP is a nice bonus from cooking. The more you level up the stronger you will get.

A settlement is going to be your ultimate survival tool and you need to take advantage of it from the very beginning of the game. Sanctuary is probably the best one to go for since it is the first settlement you get. Do not build more than one for the moment. Focus on the one settlement and build it up until it becomes a strong stable source of food, water, and supplies. You need a safe place to go to store all your supplies which are so much more valuable now.

Chems are a touchy subject. They offer huge benefits if used correctly, but if you use them wrong and get addicted you might as well forget about it. You should always have some chems on you. Jet and Psycho in particular. Use them very very sparingly. For example, a Deathclaw fight would be a pretty good reason to use them, but if you are fighting a few raiders it isn’t going to be worth risking the side effects. Always make sure you have some as you never know when you will get thrown into a battle against some incredibly powerful enemies that you cannot beat. Chems are essential to your survival, just don’t abuse them.

Power armor is amazing, but power cores are not. You can’t afford to spend 100% of your time in power armor as there is not nearly enough power cores to be able to power a suit for this long. There are perks and other ways to extend the life of a core, but the same rule applies to power armor as it does with chems. Only use them when it’s a last resort. If you keep getting your ass handed to you, then you can spend one or 2 of your cores to finish the battle.

Early on in the game cores are hard to find and you probably won’t have high-level armor such as the X-01 power armor. You are better off saving up your cores at the start of the game and using them later on in the game when you can maximize their effectiveness.

Enemies usually drop ammo, but their guns also contain ammo. Even if this were not true, you should scavenge every single thing you can. Ammo, weapons, and armor can be sold for caps if you don’t need them. You can even sell some junk. Scavenge all the junk you can as you never know when you may be able to build a weapon or armor mod that will boost your chances of survival. If you can carry it, leave nothing behind. If you must, go back to the same place again and pick up anything that you have left behind. Survival mode is all about surviving. A guide to survival mode in Fallout 4 has to involve scavenging, even though it is boring as hell at times.

Leather armor is best as you want to remain lightweight. Running away is a tactic that you are going to be using a hell of a lot. No more stopping to clear out gangs of super mutants for the “fun of it”. Leather armor will help you run faster. If you find you can get by fine with metal armor then go for it, the added protection is just as helpful if you are better at playing this way, but for most people. Running is going to be your ultimate tactic.

A lot of people like to use small weapons and I agree here. Big guns are too heavy and usually result in damage to yourself if used in tight areas. Laser weapons and even my favorite Gauss rifle are also amazing, but ammo is so rare for these. You need to rely on weapons that you can guarantee that you always have ammo for. This is why pistols, rifles and any other small weapons are the best options. One of the top weapons people choose is the Overseers Guardian. This is a massively overpowered weapon that can be found for sale in Vault 81 for 3000 caps. Pricy, but once you have the money it will be the best thing you could ever buy. If you are scavenging everything and selling it, you won’t be long earning 3000 caps.

Hopefully, this is enough information to help you kick some ass while playing Fallout 4 in survival mode. If you have anything you would like to add to this, please leave a comment below and I can update the post to make this an ultimate guide to survival mode in Fallout 4.