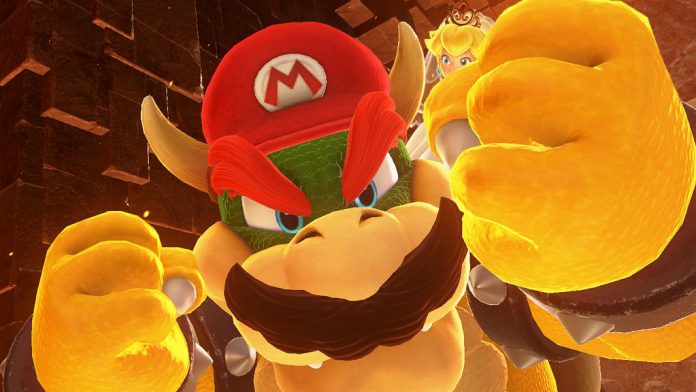 Sometimes, a game feature comes along that is, pardon the pun, a game changer. One that despite being simple is something that has an impact on the playability of a title. And regardless of whether it’s something we’ve always yearned for or a complete bolt from the blue, new game features are what makes buying new versions of a game worth it.

But it’s not just our enjoyment that leads to game developers creating new features. Video gaming is a lucrative business and staying ahead of the pack means investing in high-quality gameplay. But that’s just the tip of the iceberg.

Global Gaming is a Booming Industry

Last year, the global gaming industry was worth a staggering $78.61 billion, and by 2020, analysts expect it to top the $90-billion mark. With so much money at stake, it’s little wonder that each and every game developer out there is going all out to get their share of the pie.

These days, a new game version every year doesn’t cut the proverbial mustard, and so developers are tasked with creating new and innovative features that not only improve gameplay but also generate a buzz in those all-important first reviews.

Here are some of the best we’ve seen in recent times.

Anyone who plays FIFA on a regular basis understands the unspoken rule that there are no substitutions during the game itself. And why is this? Well, we all had that one friend who would decide to make a sub at a moment when you were about to score and ruin your chances. We shouldn’t even speak of such a thing.

Thankfully, EA Sports has finally realized that this frustrating loophole in the game needed fixing, which turned out to be simple. You now get a little popup when the ball goes out of play, giving you the option to make a substitution. It’s a simple addition, but it makes all the difference and adds that final layer of authenticity to a game that was otherwise perfect.

But they didn’t stop there. Once they realized that they could tinker with the subs’ functionality, EA Sports went all out. Now, you can also preselect your quick subs prior to the match. This means that you can make quick subs of players that are obvious like-for-like changes. Say, for example, bringing on Sane for Aguero or Lovren for Matip.

It might not seem like much, but like we said, the lack of a realistic substitution function was a consistent reminder that you and your friends were in video game land, which was maddening for a game of this quality.

Poker is a game of strategy where every decision is carefully planned, and players take great care with the stakes they place. In Blast by 888 Poker, all those carefully laid plans and tactical bets are set aside with the game’s all-in feature.

Basically, a timer runs while you’re in a game and once that timer runs out, every player still in on the action goes all-in. It’s one of those features that makes you think at first “what the…?” but it adds a level of excitement to the game that you never knew you needed.

If you’re new to online poker, then this feature will push you to think quickly and make snap decisions based on your instincts; something that can help you improve your game at a much faster rate. Besides, it’s fun, and we love it.

Babe Ruth on MLB The Show

Even if you’ve never watched a game of baseball in your life, chances are you still know that there’s no bigger legend in MLB than Babe Ruth. The man was a huge (in more ways than one) and is now coming soon to a PS4 near you.

Coming out on March 27th, MLB The Show will feature The Great Bambino in the Diamond Dynasty feature. You’ll be able to pick legends of the game from card packs and play them against your friends’ teams online. It’s a big addition to the series and one that will no doubt boost sales. We’re up for this, and most of us don’t even like baseball.

There has been some mixed feeling on the introduction of Cappy in Super Mario Odyssey with some players likening the sentient hat to Jar Jar Binks. Nope, we don’t get that analogy either, but we’re thinking it has something to do with it being a pointless addition to the game.

We have to disagree, though. Cappy’s possession powers mean that as Mario you can take control of many objects and characters in the game. Throw Cappy on the intended target and take first-person control of it. From zippers to cacti, poison piranha plants to Bowser, the options while not limitless are extensive.

I found a glitch in #SuperMarioOdyssey‘s 2 Player-mode that lets Cappy kill Mario when capturing a Piranha Plant. #NintendoSwitch pic.twitter.com/SzM3bMjZEN

Fight the KKK on Wolfenstein II

This feature caused a bit of controversy when first released some people weren’t too happy about players being able to take on the KKK. We loved it though, and it proved that game developers are clued in with regards to current affairs spotting, and that including the Klan in the game would, in fact, generate a lot of publicity.

As for the feature itself, well, it’s not part of your mission, so you’ll have to go looking for a fight, but it is possible. Head for New Orleans or Roswell, and you’ll find a few groups of racists that you can pummel into the ground. And yes, it is fun to rid your virtual world of a bunch of white hoods.

We’ll also give a notable mention to the kill Hitler feature. There’s no real need to explain why this one is great, although it seems a little ironic that doing so hinders your progress in the game. Having said that, you’ll still do it anyway. Who can pass up the opportunity to ride the world of Hitler?

So, those are the best game features that have come our way so far. And while we have yet to see just how good the Babe Ruth feature of MLB The Show will be, we’re sure it will prove to be a worthy entrant on the list. Are there any features that we missed out that you think should be on the list? Let us know in the comments below.