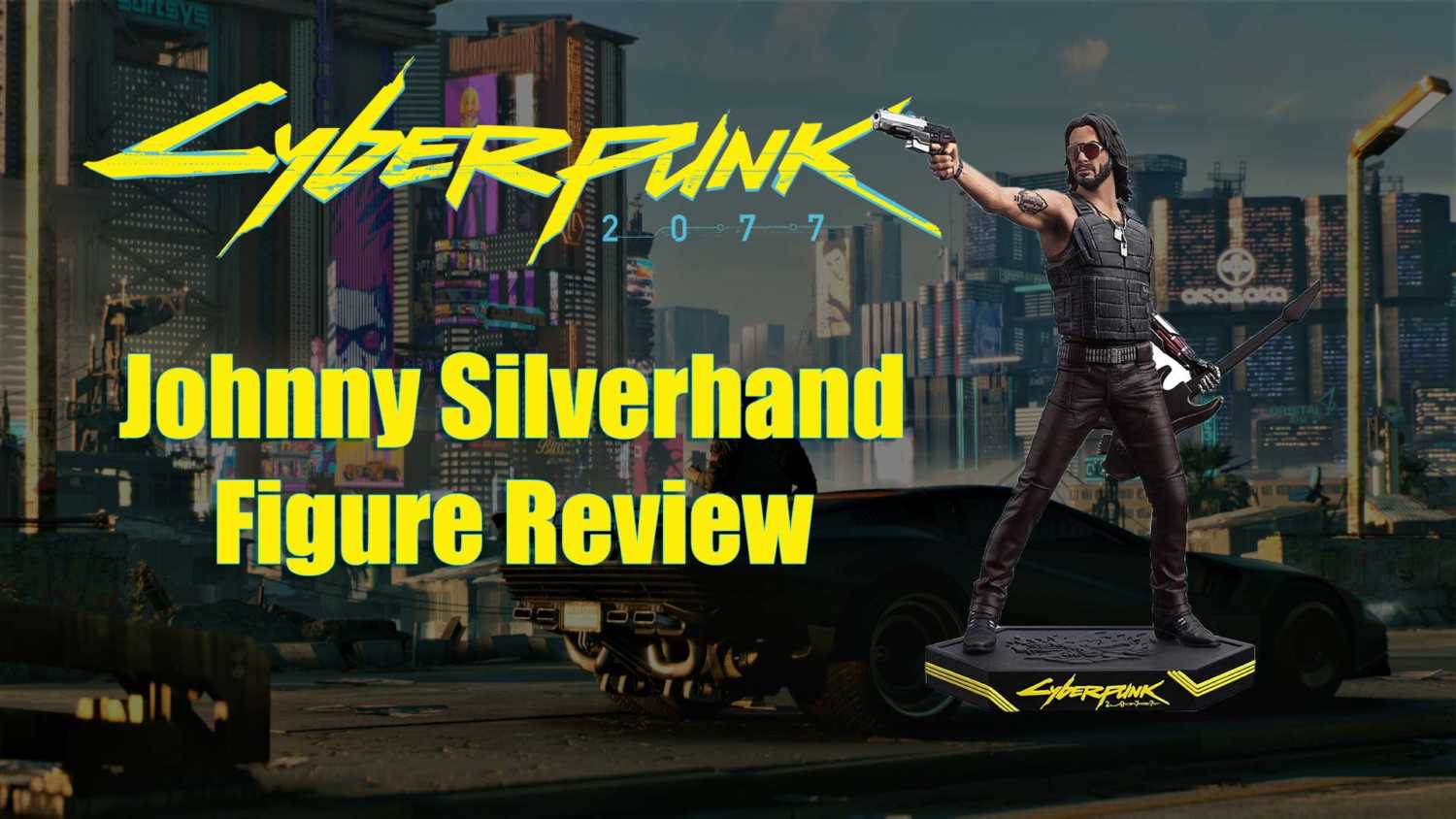 There was a huge amount of hype around the fact that Keanu Reeves was going to be a character in Cyberpunk 2077. The character of Johnny Silverhand plays a big part in the game and is an undeniably cool character. As far as figures from the game go, Johnny is a must-have but just how good is the figure?

First impressions are very strong. The likeness is incredibly accurate. Faces are always tricky, more so when the character is based on a real person. This figure is a great likeness and only gets better.

When focussing on the face, one nice thing about this are the glasses, which are of transparent plastic. This allows you to see the eyes behind them and also makes the light shine a red shadow onto the face underneath. 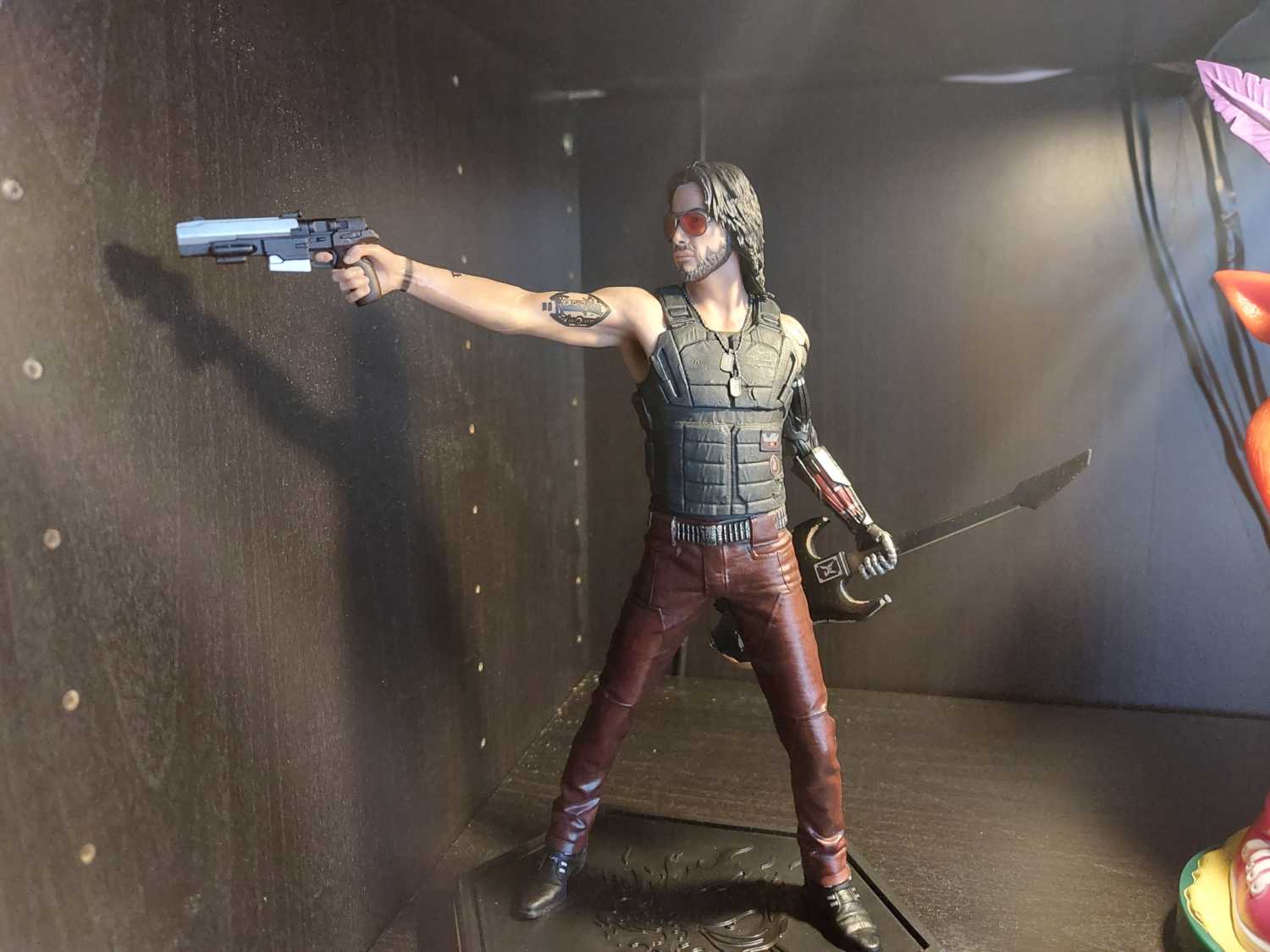 Johnny does not have elaborate clothing. A tactical-style vest with the signature samurai logo on the back and red leather pants make up the ensemble. The leather effect looks quite good with various aspects of the pants having realistic creases and stretch marks based on his pose.

Johnny Silverhand gets his name from the robotic metal arm that he has. This is of course a stand-out part of this figure too. The silver arm, equipped with Johnny’s guitar looks pretty damn cool. The arm itself is not as impressive as I would have hoped. The paintwork in particular is quite weak here with some blotches and lacking the same realism that the rest of the figure has.

The guitar is a pretty awesome part of this model and the attention to detail here is the best part of the model. It has a rather unique and striking guitar design in general. The added detail of chipped paint in areas of heavy wear and tear looks great. The fretboard clearly shows the fret markers with no paint spill from the strings onto the fretboard underneath. This does help distract from some of the less-than-appealing aspects of the arm that is holding the guitar.

This model looks great on any gaming shelf. Part of me wants to get a mirror or something reflective behind so that I can get a better look at the guitar. The pose is pretty good and feels like a natural way you would hold a guitar in a pose like this. The guitar just looks so good, I want to be able to see it more while it is on the shelf.

8.5/10
A very nice model that shares a strong resemblance with the character it is trying to recreate. The clothing detail and small accessories all look really nice. The silver hand is a bit of a let down with some paint work that feels a lot cheaper and lacking quality when compared to the rest of the figure. Fortunately, the guitar he is holding in this hand makes up for the lack of detail and is a real stand-out part of this figure.
Pros
Cons