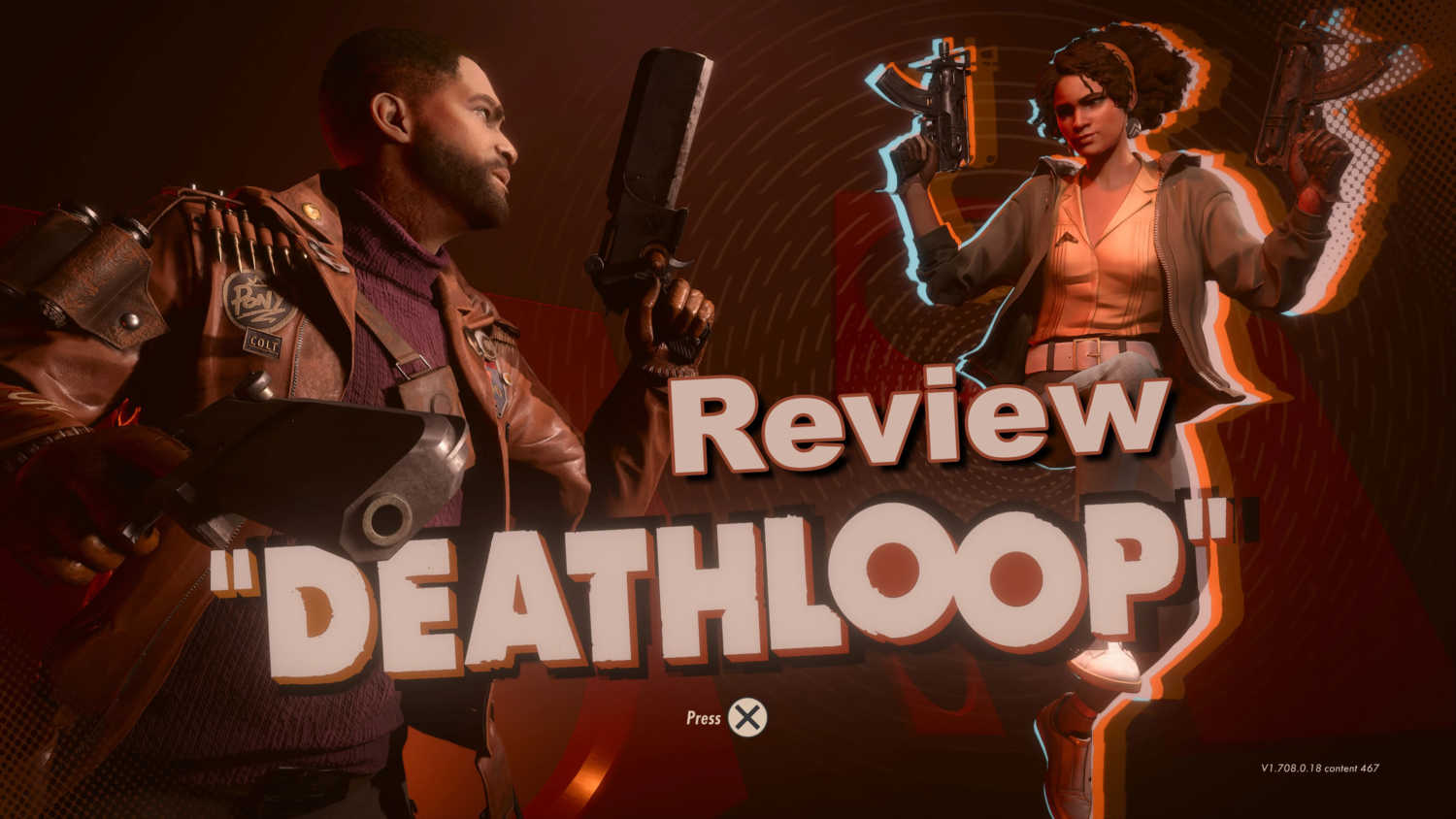 The retro-futurism style of the 1960s is not one that video games visit often. Deathloop drops you into the depths of a complex sci-fi mystery that is taking place in a rather groovy styled island in the 1960s. A potential recipe for success but just how well has it been pulled off?

Having woken up on a beach after what appeared to be a drunken night out, you soon find that you are stuck in an infinite loop where dying or surviving until the end of the day will result in you waking back up on this beach over and over. Determined to break out of this loop, you must embark on one an incredibly fun and interesting adventure to solve the mystery.

Games like Hades and Returnal have been living in the roguelike spotlight in recent times. Deathloop adopts similar mechanics to these games but is not quite as strict. The game does reset after each loop but if you spend time gathering a resource called residuum, you can make certain items persist between the loops. This allows you to hold on to some cool weapons, trinkets and powers between loops.

Being able to keep items between loops goes such a long way in stopping this game from ever feeling frustrating while still allowing for the fun side of a looping mechanic in a game. If you are struggling, it is possible to spend some time finding a good loadout that works for you, and actually being able to keep it.

When it comes to finding a loadout that works for you, Deathloop offers a lot of suit different play styles. By in large, the game encourages you to remain hidden and to use stealth. This makes a lot of sense when death will reset the game for you but for those who struggle to keep your presence unknown (my hand is up) in stealth games, Deathloop offers a lot of very forgiving mechanics that allow you to pull of some stealthy runs, even if it is not your normal forte.

There are a few different weapon types, some of which can have silencers on them, do a lot to help you find a loadout to excel with. Upgrades known as trinkets can then be applied to improve areas of the weapon handling that you feel you need. While this all does a lot to help the average player become James Bond, a unique special ability system takes it to the next level.

The powers in Deathloop, which are called slabs, are very similar to some of the powers from the Dishonored series or even plasmids in Bioshock. You can equip slabs that render you invisible, allow you to teleport short distances, give you super damage & defence and a range of some more unusual abilities that sure as hell didn’t exist in our 1960s.

What Deathloop does so well with these is rather than give you a huge selection of cool abilities, it gives you only five unique slabs, all of which have applicable uses on a regular basis but then limits you to adding two of these to your loadout when you set off on a run. You will always want all five with you but must try and predict what is going to come and pick what will benefit you most. You will find yourself putting quite a lot of thought into your loadout before you set out on each mission.

Setting out on missions is an exciting part of the game but the UI is quite overwhelming at first. Trying to figure out what you are actually meant to do and then reading the quest trail is a little cluttered. Even after completing the game, the tab that gives you a rundown of all the events that have happened at different times of the day was still quite difficult to navigate. It feels more like a UI a programmer would design. More could have been done to highlight what missions are available to you right now and maybe even some way to help you line up quests to get the most out of a loop.

Player-generated consequence is something that always feels quite shallow in games these days. Countless decisions might only lead to one of two possible outcomes. Deathloop does an incredible job at doing this both from direct and indirect actions.

If you kill someone at one point in the day, they are obviously not going to be present somewhere later in the day. This can have a ripple effect that may also cause someone else to not go ahead with their plans and you will even hear new conversations where people speak of the death and how it has impacted them.

On the other side, there are some indirect things you can do to disrupt the flow of the day. Sabotaging an experiment, preventing an accident (or not preventing it), manipulating conversations are all things you will do once you have lived out a day once and learned how to change it the next time around. The entire game is built on consequences that come from your actions and it pulls it off flawlessly that you feel in control of the outcome rather than just being guided along.

What is even more impressive about the dynamic nature of the game’s story is how polished it is. Bugs, where events are triggered but do not happen, are not something you will need to worry about. From top to bottom, every aspect of this game has been given a level of polish that is rarely seen in modern game development.

The build quality helps you become so absorbed in the experience because there are no ugly glitches and bugs to break the immersion. The complex story just works and nothing breaks.

The technical quality of a game does a long way when it comes to story-driven adventures but so does the acting. The quality of the writing combined with some incredible voice work immediately pull you into the madness and won’t let you go.

On several occasions, something that doesn’t make sense will occur and experience might have you thinking “that doesn’t make sense but I guess they have to push the story on” then moments later, Colt will almost say what is on your mind. The dialogue is so self-aware and tuned into the events of the story but detached enough to make Colt’s words resonate with the player.

The voice work takes the already fantastic writing and shoots it out of the park. The majority of the dialogue takes place over a radio as you explore the island. You never see faces but the lines are delivered with such precision that it takes little imagination to picture the facial expressions of the characters. You can very clearly hear the confusion behind Colt’s anger when he is shouting at Julianna when she is teasing him. These tiny nuances in tone build a scenario that words can’t.

9.5/10
Deathloop delivers a tense and exciting story from start to finish. Layers upon layers of complex and polished narrative elements build a juggernaut of storytelling perfection. With all of this built on top of solid gun controls, simple yet effective stealth mechanics and some pretty wacky special powers you have a game that delivers everything it should in all areas.
Pros
Cons