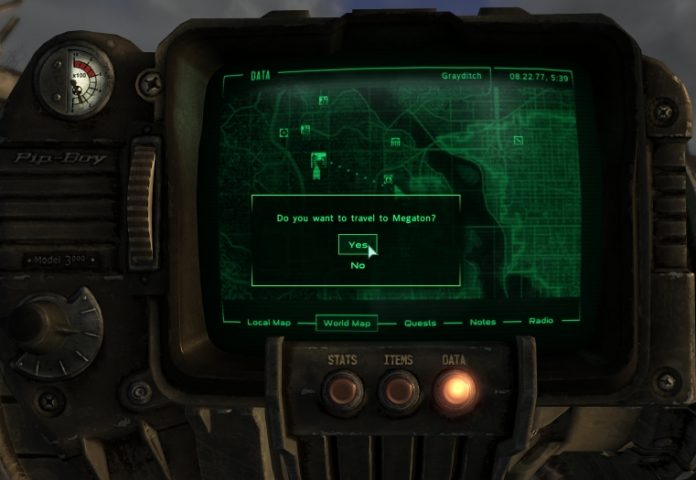 For large open-world games, It can be a fairly boring task of having to travel from A-B when there are many miles between the locations, particularly if it a road you have taken many times already. For instances like this, having a fast travel feature in a game can be really useful. The problem with fast travel comes when you play some of the more detailed open world games, particularly fantasy RPGs. Developers these days add a hell of a lot more to a game than just the main story. Often, a really awesome quest might be picked up from finding a dead body out in the woods or something. For those who stick to the roads and fast travel whenever possible, this will result in you missing out on a lot of the more interesting aspects of the game. For those who play a lot of RPGs, you will know that side quests can often be better than the games main story.

I will admit that there are times where you might get a quest to deliver a message to the king. You treck across the game give the king the message and he will ask you to deliver a message back. You have literally just made that journey, making it again is just boring. This is when fast travel is a brilliant feature, but it is when you are allowed to fast travel freely for no reason that it starts to spoil things a bit. Lets just say there is a fork in the road, the left path is a straight path to a city far away and the right is a straight path to a city that is closer. You have already been the the city that is nearby and this city is actually a lot closer to the city that is far away. Do you take the path on the left and check out what loot and interesting things you can find on this route, or do you fast travel to the the city that is closer and walk from there? I can say for sure that I always chose the fast travel option and this seems like the wrong decision.

The path on the left might be longer and maybe it wont have any amazing loot or interesting side quests, but how do you know? It seems like the better choice to go down this route and maybe find something worth the walk. In most cases, large, open world RPGs contain secrets and loot all over the place. Walking down this route likely has a benefit. It would be great if games could push players to actually take this journey instead of the quick path. To clarify, I said push, not force, fast travel should remain in games.

I think that there should be a cooldown to fast travelling. Rather than being able to essentially teleport, there should be some sort of cost associated with it, so that people only fast travel when they need to. The game could trigger events to wipe the cooldown under certain circumstances to stop the game being annoying, but overall there should be a limit. This will make people to make more careful decisions around when they are going to fast travel. If this is a new route that might have some loot, save the fast travel for later. If you know its a boring path that you have already been down, use the fast travel now and let it recharge during the next journey.

I’m sure people would moan and complain like hell if fast travel was ever removed, but a change would be good. I can’t help myself when it is there, I need something to stop me from cutting away large portions of the game. From the developers perspective it also makes sense. Why allow gamers to potentially bypass things that took huge amounts of time to develop. Encourage them to experience every little thing the game has to offer. I think I am going to have to try and play a game without using fast travel to really confirm whether it is worth doing.