Nerdburglars Gaming
Stream Status: Loading...
Home Article Could We Get An Ocarina Of Time HD Remake In 2018 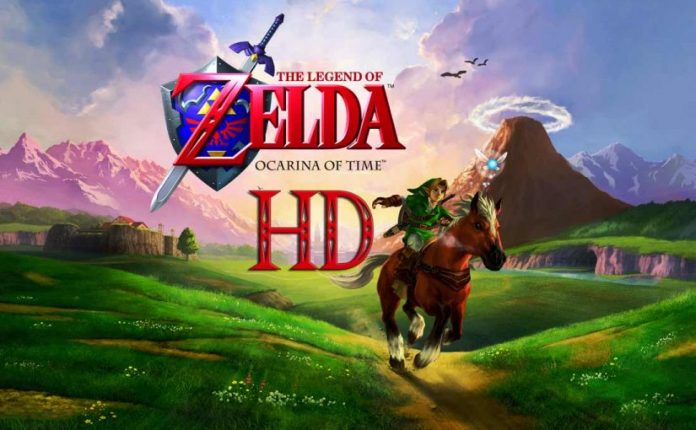 When it comes to HD remakes, Nintendo has a bit an unpredictable pattern to how they approach them. There have been a few remakes made for Zelda games, but it is hard to tell whether Nintendo is really down with the idea of them. Some developers like Rockstar are against the idea of digging up old projects and remaking them while others do their best to remake their entire back catalogue. Nintendo have far too many 1st party games, they actually have too many Zelda games to remake them all. If you asked any Zelda fan, The Ocarina Of Time HD remake is likely at the top of their wishlist.

So far we have seen the OOT released on the 3DS, but this was not a remake, it was the exact same game with some minor graphical improvements and the addition of 3D support. Back when the Wii U was alive, Nintendo released The Windwaker and The Twilight Princess. This was really nice as it was the first time we had seen a Zelda game running in HD. So why did Nintendo decide to release these 2 games when The Ocarina of Time was where the interest was at.

The reason we have yet to see a remake is likely down to 2 reasons. The first is that the OOT was a large game. Lots of dungeons, lots of enemies and a lot of assets that are far more expensive to create with high res models/textures than they were in the original format. The second is the reason is nostalgia. What if the remake is not as good and it tarnishes the reputation? Nintendo tends not to screw up Zelda games, so being realistic, money is the reason we have yet to see it. The Wii U was a disaster, there was not a strong enough player base to make it worth the expense. However, things have since changed.

The Nintendo Switch got off to an incredibly strong start and has shown no signs of slowing down. With Breath of the Wild, Mario Kart 8 and now Mario Oddysey, there is a pretty solid lineup of AAA first-party games for the Switch. There is very little chance that the Switch is going to meet the same fate as the Wii U. In terms of a return on investment, Nintendo will likely make it on 2 fronts. Software sales of people actually buying the game and on system sales. People are going to be buying a Switch because they desperately want to play this game.

November 21st, 2018 is going to mark the 20th anniversary of The Ocarina of Time. This is a big birthday and what better way to celebrate it than to give it a shiny new makeover and release it on the Switch. This would be a huge release and it this date gives it significance. Nintendo made more than enough money from the Wii to pay for it and they will make an absolute fortune in sales. If Final Fantasy 7 is getting remade, then there is no reason why Nintendo should shy away from an Ocarina of Time HD remake.

The player base is there. The platform to release it is there. There is a milestone anniversary. Nintendo can more than afford it. Most important of all, an Ocarina of Time HD remake will sell a lot of Switch’s on top of selling a lot of copies of the game itself. There is very little reason not to remake this game now.

If you want a little taste of what an Ocarina of Time HD remake might be like, then check out this awesome video of a fan-made game that was created using Unreal Engine 4.