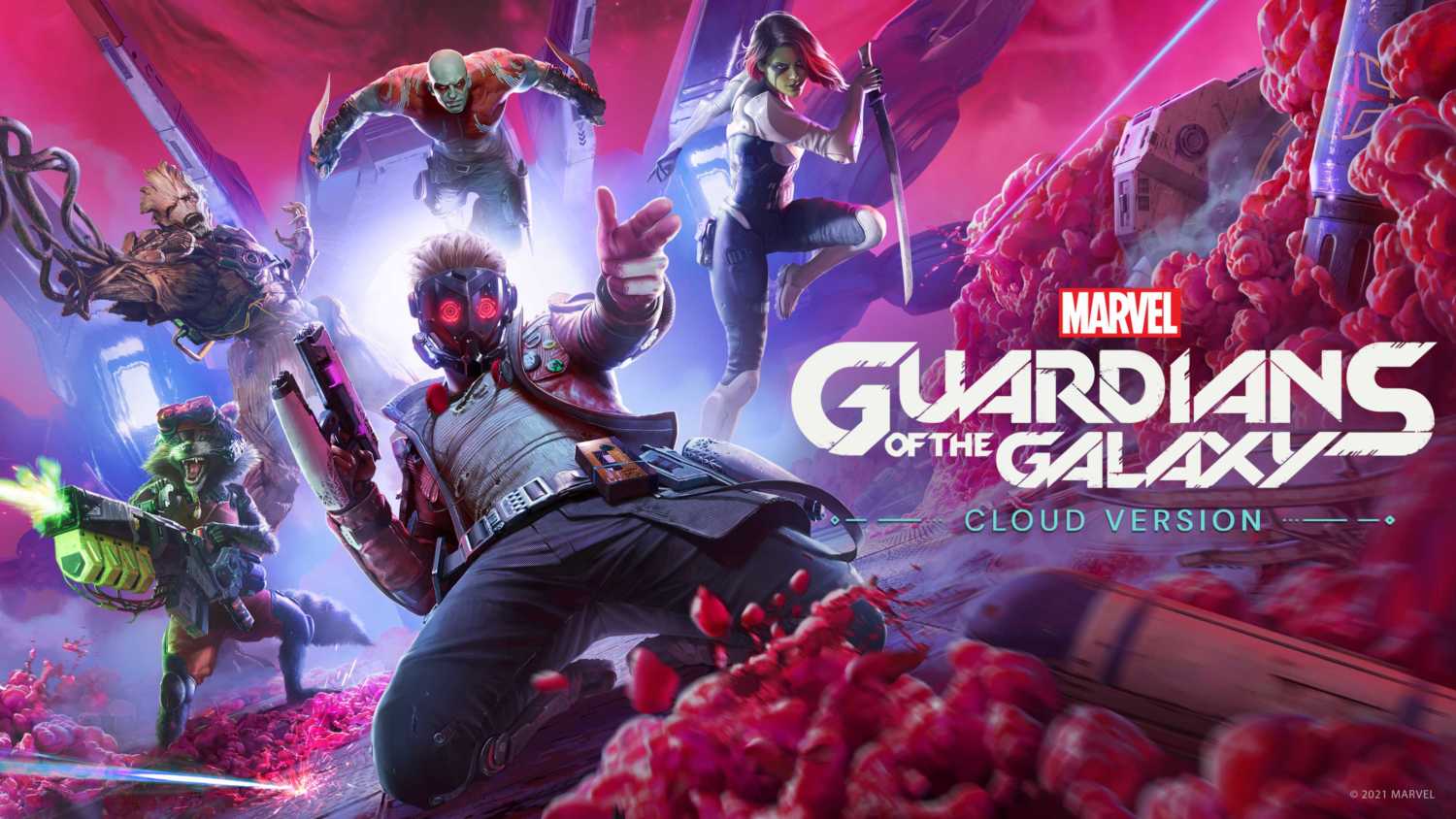 The Marvel universe has exploded over the past few years. A single universe filled with incredible superheroes taking on larger than life villains. Insomniac shot the ball out of the park with Marvel’s Spider-Man and have set the bar very high. A new game based around The Guardians of the Galaxy has a lot of expectations to live up to!

Much like Marvel’s Spiderman, Guardians of the Galaxy is based on the original comics rather than placing itself in the centre of the events of the recent movies. This means you won’t be seeing Chris Pratt running around or many references to the story arc of the Hollywood movies.

The detachment from the movies is most definitely a positive. It allows the game to take things in its own direction and also gives more artistic flexibility that will allow the game to honour the original source material.

When it comes to artistic flexibility, it is very clear that not only were those muscles flexed but there were some very talented people behind it. Guardians of the Galaxy looks absolutely incredible. The level of detail in the environment is consistently strong. Visiting a new alien planet is exciting due to you wanting to see what the landscape is like.

The level of detail given to the main characters is just as stellar. One of the biggest turn-offs for a narrative-heavy game is bad lip movements. Not only is this a non-issue but facial animations are convincingly realistic. It is very easy to show basic things like happiness and sadness on a character’s face but some of the scenes allow you to read pain, confusion and even a loss for words from subtle muscle movements on the characters face. This sort of detail helps bridge the gap between video games and movies.

The past 10 years of movies under the Marvel umbrella have generated another incredibly high bar for this game to aim for when it comes to the story. Nobody will go into this game expecting Avengers: Endgame but you will be pleasantly surprised with the scale of the story and how epic it gets.

A few hours into the game’s lengthy campaign you start to get a grasp of the scale of what is going on. A religious style cult is on course to take over the entire universe and it is up to Starlord and the other Guardians to prevent this from happening. The intensity is turned up to 11 and you will be in for a pretty wild ride as the events unfold.

If you are familiar with the Guardians of the Galaxy, humour is a big part of what makes the franchise special. Even in the face of powerful enemies, there’s always an element of humour. Peter is regularly berated for his incompetence with some witty one-liners from Drax. Rocket is as wired and crazy as you would expect. The entire group feel like a group of friends. You wouldn’t be one bit disappointed if this were the story of the feature-length movie.

Generally speaking, the gameplay is fairly solid and doesn’t do much wrong but still leaves a little to be desired. One of the biggest letdowns was the huddle up action. As you kill enemies, you fill a battle meter. When it is full, you huddle up and Peter will play a track on his walkman.

The game has an INSANE soundtrack, that Is arguably better than that of the movies. While the song is playing, you gain some combat boosts and also get to listen to some kick-ass tunes. Kill space monsters while listening to a Wham track or Rick Astleys Never Gonna Give You Up, how can you go wrong?

Well, the problem is the huddle itself. Before the track plays, you huddle up and have to chat with the team. This is a super slow and boring task that easily takes 60 seconds when the guys are chatty. When you die, you gotta sit through the huddle again. Eventually, it is something you will just stop using because sitting through what feels like an ad break just to get a combat bonus really sucks. The conversation should be something you should be able to skip after the first huddle.

There is only one playable character in the game, Peter. The other members of the team accompany you and you can instruct them to perform special moves using a surprisingly intuitive command wheel. The other members are quite competent in combat, so you won’t find yourself having to babysit the weaker members as they constantly get downed.

There really isn’t anything negative to say about the combat or the game in general for that matter, but it feels like there could be a little more depth to the character system.

You gain XP during combat which you can spend unlocking new moves and abilities but it doesn’t really feel like you ever have control over it. It’s a perfectly good system that stops you from becoming overpowered as there are no side quests you can take on to earn XP from. It just feels like the XP system is sort of redundant when the game throttles and controls the XP you earn and when you earn it. The small momentum bonus you get speeds things up but not in any way that makes you feel like you are building toward a stronger character.

There are very few character customisation options in general. You can pick up some cool costumes but there are no alternative armour pieces, weapons or anything to really encourage you to really go off the beaten path. There are some resources you can find to purchase some upgrades to health, armour and some handy combat moves but there are only 15 upgrades and you could take or leave half of those.

In one sense, it is great that the focus is entirely on the awesome story and not on doing silly fetch quests and any other tedious side quests. At the same time, it doesn’t feel like your character has much room to grow and upgrade in a way that suits your play style.

Overall, there is very little you can say bad about this game. It is an incredibly well-executed vision of the franchise that has a high level of polish that we don’t often see in games like this. It is super exciting to see another Marvel universe game release that is of the same caliber as Insomniac’s Spider-Man. This game is a must-have for any Marvel fan as it is hands down one of the best Marvel games on the market.

8.5/10
Guardians of the Galaxy delivers exactly what you want from a video game in so many areas. The characters' appearance and demeanor feel like they have been crafted so carefully to ensure you get an authentic experience that lives up to the colossal scale of the movies while remaining true to the source content and all while delivering a game that is a blast to play.
Pros
Cons