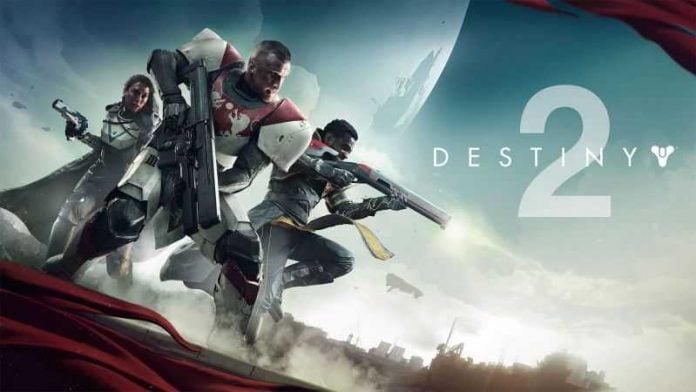 Ever since the first Destiny game launched 3 years ago, I have really wanted to pick up a copy, but never did. I always felt like I was missing out, but I was so late to the party that it seemed like a waste of time. With the release of Destiny 2, it was my chance to start from scratch where I wouldn’t be years of grinding behind the majority of the player base. Picking up this game was the right choice because it was brilliant. I had some ideas on what to expect, but I was completely blown away by so many aspects of this game. Destiny 2 is one of the best coop shooters I have ever played.

In order to play Destiny 2, you must be connected to the network. You can still play solo while connected, but you must be connected none the less. This isn’t really an issue because the main thing that makes this game so good is the co-op play. Join in with other players online and take on the hordes of enemies that span across the 4 diverse planets in Destiny 2. For the first week or so, I couldn’t get enough of this game. 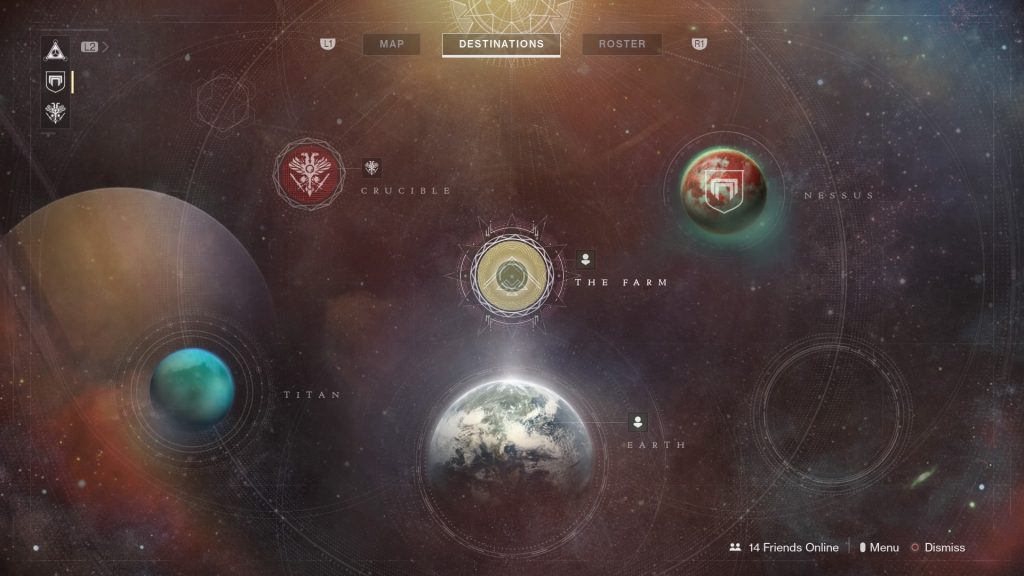 The story around Destiny 2 is pretty weak. Earth is under attack, you need to save it, that’s it in a nutshell. There are no plot twists or anything worth getting excited about. If anything the story felt like an extended tutorial. It takes about 4 hours to complete and after this, the fun stuff starts! The entire story can be played with friends which will help you plough through it as quick as possible. Once the story is done, you gain access to a lot of game modes that help you obtain much better loot. Loot is what Destiny 2 is all about.

Most traditional RPG style games like this deploy the traditional levelling mechanics. You kill an enemy, complete a quest or perform some unique task, you are awarded some XP for your troubles. This XP then helps your character level up and become stronger. This is a battle-hardened method of character progression that is difficult to replace, but somehow Bungie did it and they did it incredibly well.

When you create a new character you will start at level 1. By the time you complete the story you should have hit the level cap of 20 or at least be close to it. These levels are merely there to prevent people boosting to the top in a matter of minutes by sharing gear. The important level in Destiny 2 is called the power level (sometimes people call it light level). This level is determined by the gear you have equipped. Find a better helmet, equip it and it will increase your power level. Take all your gear off and your power level will drop. It is a variable level that is more of a meter that any fixed progression marker. The quest to increase this level is what will fuel your addiction to this game. You will always be pushing to get more and more loot with the hope of finding something that will increase your power level. 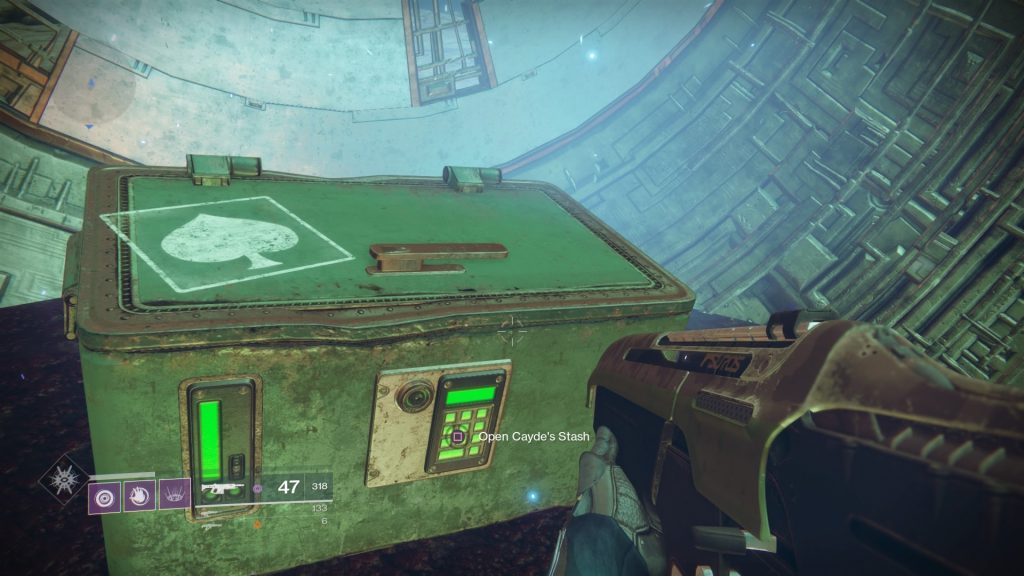 On paper, this sounds like a lot of repetition and grinding and in the end, it is. Thankfully there is enough to keep you busy for a while. Between the strikes, which are 3 man dungeons that end in a boss fight to the 6 man raids that test your abilities and teamwork. I spent a good 2 weeks playing through all of this and I really enjoyed it, but after a while, I did start to get sick of it. I wrote about hitting power level 260 and how it seemed to act like a brick wall. You will play this game with the end goal of taking part in the raid, but it is easier said than done. Once you hit level 260, obtaining gear seems to get a lot harder. As you get higher and higher, the time it takes to get better gear increases. The problem with this is that it is 100% grinding. Need a better helmet, well be prepared to spend a week of grinding and end up getting absolutely nothing. After a while, I worked out ways to progress, but the bottom line for me is the grinding does get incredibly boring, so much so that I have lost all interest in this game (for the moment).

After I stopped playing this game, I saw where the issue was. The game does not have enough content. Yes, the game does have a lot of replay value, but after a while, you get sick of fighting the same bosses for the 20th time. You know the ropes inside out and it just stops being fun. There is light at the end of the tunnel in that there are going to be DLC releases in the future that add new game modes, raids etc, but those are still a while away. There may not be a lot of content in the game, but the content that is there is a lot of fun! You will get your money worth when compared to other games being released, but when it comes to RPG standards, it just feels a little bare.

The hunt for loot isn’t the only reason to get stuck into this game. The gunplay is some of the most solid I have ever seen. Your character feels strong, the guns are heavy and you feel the recoil. Jumping into a battle where you are surrounded by enemies becomes an exciting dash to try and take out the weakest enemies before you get killed. There is a lot of thrill to the combat and I would really be nitpicking if I found anything I could criticize about the combat and controls. As far as first-person shooters go, Destiny 2 does things very well. 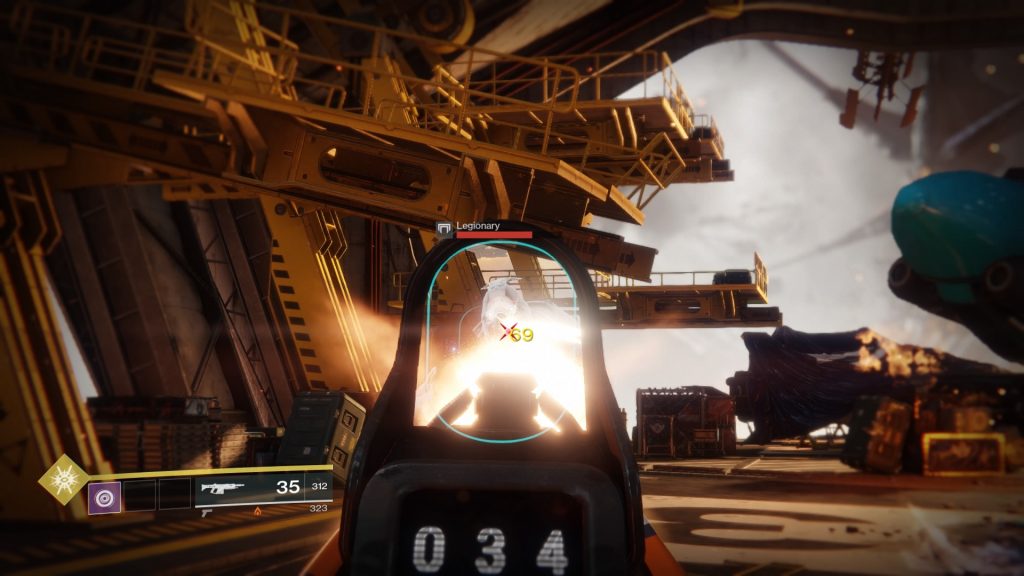 With a game that supports multiple players in one game, taking on dozens of enemies with a lot going on in the levels, you would expect that the visual quality would be something that needed to take a hit. Fortunately for us, it did not. Destiny 2 looks incredibly good. Each of the 4 planets in the game has its own unique look and feel and you can tell that there was a huge amount of polish that went into the visuals. It looks really nice and it also performs well. No considerable frame rate drops and no technical issues. To my surprise, there were also no network issues. What game launches without network issues these days?? Well.. the answer would be Destiny 2. I played this game non-stop for the week it launched and I did not experience any of the typical network issues we get from multiplayer games at launch. The amount of polish and testing that went into this game is very clear in the quality of the final product. Destiny 2 does not look like a game that was rushed out the door with a list of bugs to be patched at a later date. It is not an easy thing to accomplish with modern game development and is a real credit to Bungie that they managed to pull off such a clean launch.

Most of the focus around Destiny 2 will be on the coop game modes, but there is also a PvP competitive multiplayer game mode called crucible. I was not all that interested in it, but since there was a gold trophy for playing a few matches, I decided to give it a go. The crucible game mode is top notch! All of the same solid combat, great performance and lag free networking from the PvE mode is also present in PvP. The game modes in crucible are nothing fancy, standard deathmatches, kill confirmed and zone captures. You won’t get sucked into this like you would with Battlefield or COD, but the focus is not on this game mode either. It is just there as a way to get some extra loot for playing a few quick multiplayer games.

9/10
Destiny 2 is an incredibly sturdy game. It is very clear that It was built by a talented and experienced team who put a lot of effort into making sure the quality was high. Blasting through caves full of robots with your friends is a hell of a lot of fun. There is a lot to make you want to come back to the game. You will find yourself sinking many hours into this game and not even realising it. The push to always find better loot becomes an addiction. The content shortage is a bit of a downer, but this will improve over time as more DLC is released to expand the variety of quests that we can play. For the moment, the core game has quite a lot to keep you going and give you more than your moneys worth of entertainment. It isn't often we see a game launch with this level of quality. Bungie has really outdone themselves with this game. If you have any doubts about purchasing this game, don't! This game is worth every penny and is a lot of fun to play, you won't regret purchasing it.
Pros
Cons