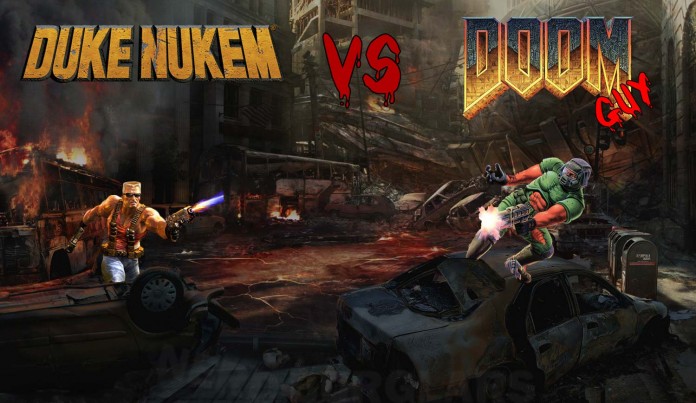 Another battle of video game titans. Having put some time into a battle between Duke Nukem and Doom Guy another fairly obvious alternative to this would be to put Duke up against BJ.

BJ Blaskowitz is the main character from the Wolfenstein series and is known for his blue eyes, blond hair and a jaw that can smash diamond. He is also built like a tank with shoulders bigger than a fridge.

Duke is no pussy either. With bulging muscles and a taste for the ladies, Duke is a very memorable character with a personality that is hard to forget.

Both men are hard as nails, but which one is the hardest?

Who would win in a fight?

If the two of these men were to go head to head in a fist fight, who would be the winner?